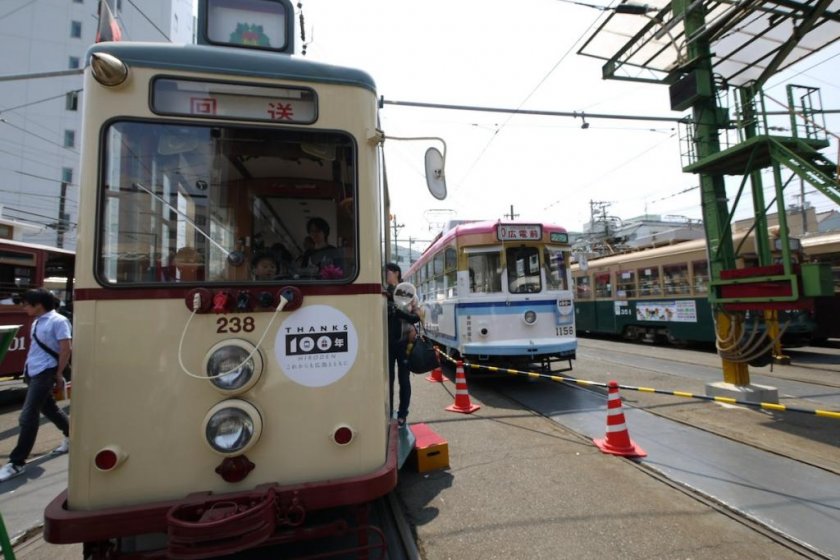 Fun for train geeks and kids of all ages

The Hiroshima Electric Railway Co., Ltd., or Hiroden as it is usually known, opens up the yard next to its headquarters in Hiroshima’s Senda-machi to the public for this annual streetcar festival.

Established in 1910, Hiroden has a long history and its streetcars are as much a part of Hiroshima’s urban landscape today they were then. Hiroshima locals have a great sense of affection for its streetcars as the restarting of some its services a mere 3 days after the A bombing in August 1945 were a source of great encouragement to those survivors who were trying to get through the terrible days after the bombing. Two streetcars that survived the blast are still running (another is on display at the Hiroshima City Transport Museum) and, although Hiroden’s rolling stock is gradually being upgraded, its streetcars brought in from around Japan and overseas have earned it the nickname "The Moving Streetcar Museum".

For those who’d like to get up close to the trams the annual Hiroden Streetcar Festival is the perfect opportunity. It is heaven for train geeks, and little kids will love it too, but there is also a good deal to interest the casual observer.

You can wander around the streetcars, old and new, in the yard, and play at being a driver. I found it really interesting peering under some of the cars that were jacked up and got an unexpected pleasure from looking at all the machinery and tools - definitely well used, but perfectly shipshape and carefully arranged - that filled the workshops. As well as the streetcars on display, there are sketching contests, stage shows and food. Smaller kids will enjoy tootling around a little circular track on a mini streetcar. You can also pick up some interesting streetcar themed souvenirs such as models, flash memory sticks, shitajiki, and towels.

The festival is usually held on the second Sunday of June and thus falls at the beginning of the rainy season. That said, if the weather is clear, it will be very hot and the yard is quite exposed. Visitors are usually given a commemorative fan on entering, but it’s advisable to bring sunscreen and a hat or parasol. 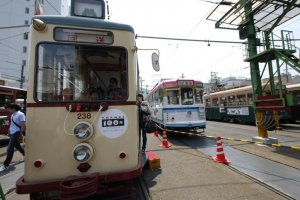 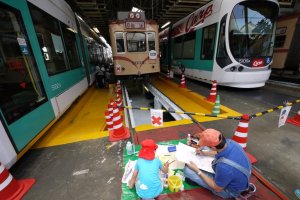 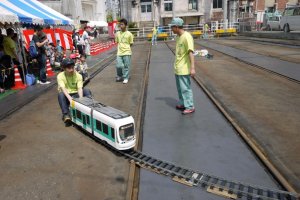 This event has been postponed until a later date. This page will be updated when new dates have been announced.