Hokkaido as whole remains uncharted territory for many visitors to Japan, and even fewer make it out to the real countryside beyond the tourist hubs. A shame too, as Hokkaido is a land just begging to be explored. Almost a country in and of itself, especially as you head towards the east and into the snowy peaks and unexplored forests of Akan-Mashu National Park, you cannot help but feel like you are leaving the world you know long behind.

It is a feeling especially compounded by the fact that the furthest corners of Hokkaido are still shared with the indigenous Ainu people who continue to maintain settlements in the area. Accordingly within the national park we frequently find Japanese and Ainu tradition intertwined, the distinctive Ainu motifs derived from the nature of the lands markedly different from those born from Japanese perspectives on nature.

For an area so far removed from the Japan better known, it may surprise that you can be at the area’s three small airports of Memanbetsu, Kushiro and Nakashibetsu within ninety minutes from Tokyo. From there Akan-Mashu National Park can be reached in just over an hour by car or bus, and your journey from the airport is an instant voyage into the unknown, in warmer months a landscape of deepest green with rustic brown peaks, while the rest of the year sees an intensely icy landscape with even the lakes succumbing to the chill of the north and trees weighed heavy by snow.

Your entrance to the national park is likely to be one through the Akan area to the south-west of the park which takes its name from Lake Akan at its centre and is also the oldest national park in Japan along with Daisetsuzan National Park. Ringing Lake Akan is the Akan Caldera, the largest in Japan at over twenty kilometres in length and conjuring up countless stunning volcanic peaks that span gentle soaring shapes that evoke the area’s soaring cranes, and craggier ranges that allude to the caldera’s volcanic past. Sitting beneath the tranquil waters on the lakebed itself are the iconic marimo, the adorable forms of velvety green algae that grow to a staggering size only in Lake Akan.

From late December the lake itself becomes an icy vista that can be safely navigated on foot, even as the occasional smell of sulphur in the air and the handful of bubbling pools that interrupt the ice remind you of the subdued volcanic power beneath. A breathtaking trek, especially in the early hours of the morning that sees the surrounding mountains of the caldera appear out of the early morning mist as the sun rises overhead, which reminds you of why this lake was an important part of local Ainu tradition.

For those wanting to learn more about these traditions the Akan Ainu Kotan visitors village, incidentally the largest settlement of Ainu on Hokkaido, is welcoming to travelers, and a great entry point to the living culture of the Ainu people all within easy walking distance of the lake. The village includes traditional buildings, a museum, a theatre for the performing arts, as well as numerous shops and restaurants sure to intrigue those looking for Ainu crafts and cuisine. In particular the bold motifs of Ainu embroidery and carving represent an alternative interpretation of the surrounding nature and remind you that the stunning scenery you are part of has been experienced in much the same manner for millennia by those who have inhabited the area since antiquity. Elsewhere the surrounding hotels and cafes offer a more modern interpretation of Ainu culture that spans contemporary art and reminds us that this is not a culture frozen in time but a living breathing one that continues to evolve.

Amidst the icy lake and snowy mountains Akan is also home to numerous onsen hot spring resorts that offer healing waters and delicious local food to recuperate you and have you in the mood for adventure. Beyond trekking on and around the lake, local guides run snowshoe trekking deep into the surrounding forests and hills. In these deep ancient forests you really are far removed from all semblance of civilisation, a reminder that these lands are largely unchanged through the millennia, and that you are a guest of the wild foxes and deer that patrol the magical snowy landscapes.

Heading from the Akan area to the east takes you to the Mashu area where you are greeted by the imposing form or Mount Iō, known in the Ainu language as Atusa-Nupuri. The active vents of the active volcano constantly spew billowing steam, and the intensely high sulphur content of the veins beneath dye the ground yellow. This self-same volcanic power manifests itself in an all-together more gentle way at Kawayu Onsen where a hot spring river flows through the town itself, and you are invited to deep your feet in its warm waters as you prepare for the next leg of your journey.

For another relaxing sight the shores of Lake Kussharo are home to countless whooper swans that enjoy the heat from the surrounding onsen as much as you do, bobbing in the waters close to the shore where onsen waters meets the lake. For your own onsen experience you are spoilt for choice in the surrounding area where many quant lodges even have access to their own natural hot springs.

For those who want to get closer to the waters there are a number of canoe tours of Lake Kussharo that operate all year round, even in deepest winter. There you can paddle gently across the lake and towards the small river that lead off it to see the nature that envelops you from a novel perspective. At first you will be gripped by the breathtaking stillness of the surrounding landscape, but gradually you will become aware of the movement of birds overhead, the fish beneath, and even the soft lapping of water on the banks for a transfixing experience that puts you in touch with the essence of the nature of the park.

The climax of your voyage into the Mashu area has to be Lake Mashu itself, which is a spiritual hub as well as focal vista for this section of the park. Viewable from a choice of viewing platforms, the lake is a spellbinding sight no-matter the season, and you are sure to be lost in its beauty just as generations before you have been.

continues to evolve, start planning your trip to Akan-Mashu National Park. There you are guaranteed an encounter with the great outdoors humbling in its scale, and sure to call you back time and time again. 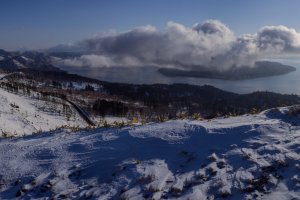 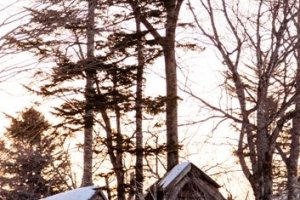 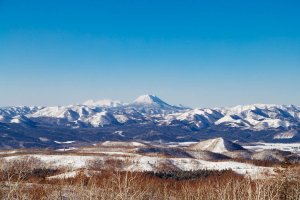 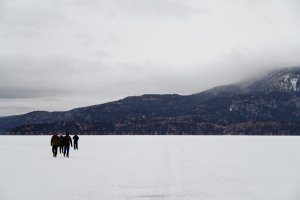 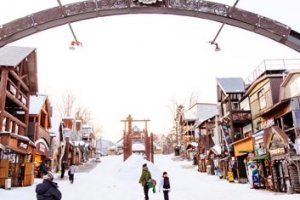 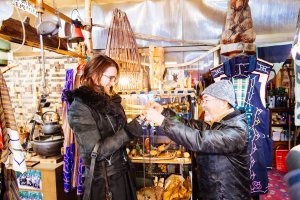