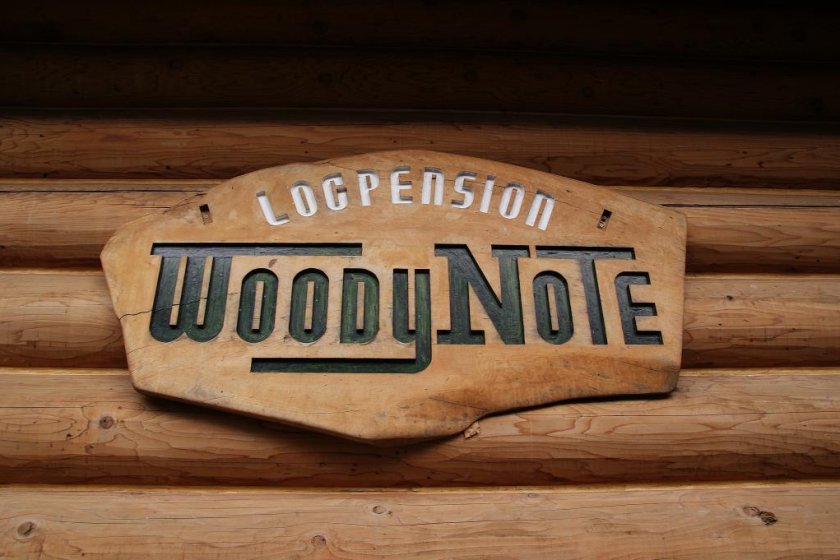 A heartwarming stay in Hirafu

My last night in the village of Hirafu, in the Niseko region of Hokkaido, was spent at the Pension Woody Note. The euphemistic term “pension” is meant as a term referring to retired persons, but the reality is that a pension is simply the Japanese version of a bed and breakfast.

Established in 1993, its owner, Toshio Shimatani, built the log cabin piece by piece over the course of eighteen laborious months. Every inch of the cabin, with the exception of the foundation, was built by Toshio and with Red Cedar from British Columbia, Canada. He arrived in the area from Tokyo where he lived the typical “salary man” lifestyle. He followed his older brother who arrived in a completely undeveloped Hirafu some 10 years previously.

While Toshio operates the Woody Note, his older brother runs the Full Note Pension and the Half Note Jazz Bar — the only one of its kind in the area. Toshio explained he’s something of a percussion novice and likes to play the bongos and occasionally sit in and jam with his brother and other musicians.

The warmth and hospitality found at the Woody Note is undeniable and immediately apparent when entering the impressive log cabin. I was greeted with wide smiles and welcoming words by both Toshio and his wife Rie upon my entrance. My room on the upper floor (next to a number of other rooms varying in sizes and sleeping capacity) had two single beds, as well as a futon with large windows providing a spectacular view of Mt. Yotei.

Before retiring for the evening, Rie asked what time I would like breakfast. Not being much of a morning person, I said 9:30am. While breakfast is certainly my least favorite meal of the day, I had a sneaking suspicion I was in for a treat.

After an excellent sleep I was ready for my morning meal. I first headed to the lower floor where the wash basins and showers were located and soon after moved back upstairs and sat down at one of the tables in the large communal dining room. The room was empty except for me as the Woody Note had just ended its busy winter season. It will be thriving once again as the summer season is just around the corner. In winter, it’s skiing and the lodge is able to purchase discounted lift tickets for visitors that come for the world-class light-powder skiing. In summer, hikers and school kids arrive for sports camps like tennis and golf.

Rie came around the corner to help with pouring hot water for my tea; I guess I was still a little groggy. After sitting back down I was promptly served a plate consisting sausages, fresh fruit, yogurt, cereal, a heart-shaped fried egg, jugs of milk and fruit juice and a delicious mixture of local mushrooms, asparagus and fried bacon. Before I could finish the first mouthful, a small green salad with cubes of Hokkaido cheese and tomatoes arrived at the table. With all the food before me I couldn’t help but smile and politely refuse Rie’s offer to make me some toast. It was, perhaps, the best breakfast I’ve ever had.

My departure, more than any other aspect of my stay, was what I’ll remember the most. Toshio took my bags to his van as he was providing a ride to Hirafu Station. For as long as I can remember my grandparents, who have long since passed away, would always walk out to the car with us as we left their home after a visit. As we drove away they would stand at the side and wave until we were out of sight. It was — and is — a happy memory. So when we pulled out of the driveway on our way to the station, I couldn’t help but think back to that memory as Rie stood by the road, deeply bowed and with her infectious smile waved goodbye. Just to make sure, I turned around as we drove away to see here waving until we turned the corner, a short visit, yes, but a memorable one. 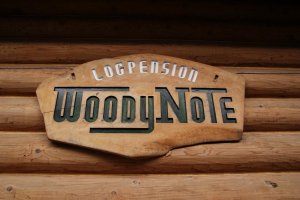 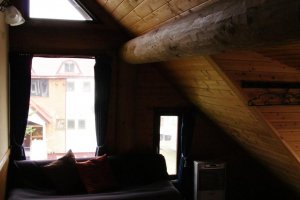 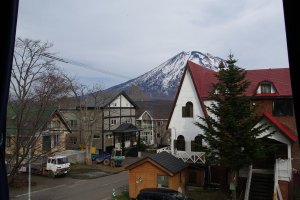 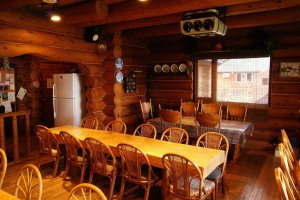 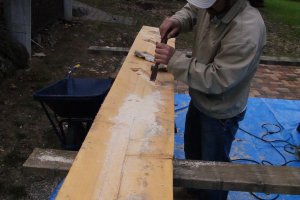 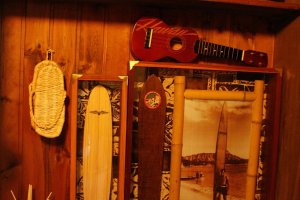 Dai Tanaka 9 years ago
It's really perfect log-pension. The atmosphere is wonderful and I feel warmth from those photos.
Reply Show all 0 replies
1 comment in total