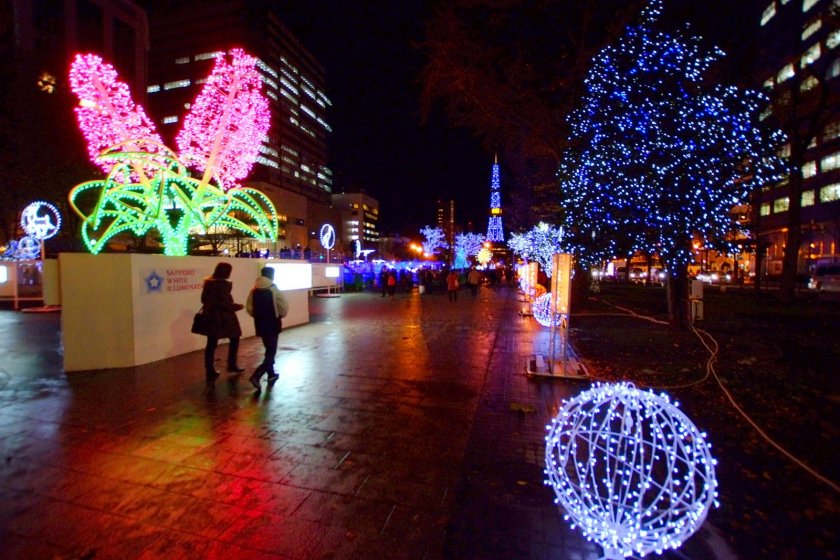 The Sapporo White Illumination event started way back in 1981 with a fairly modest 1048 lights at two locations. Over the years, the event has expanded to over 800,000 lights at multiple locations across the city.

This year's event will showcase different illumination themes at different locations. For instance, Odori 1-chome has their illuminated "love tree" covered in bright red hearts, and Odori 2-chome's theme is "the gift of snow", which will feature a large Christmas pyramid - it's part of Germany's Christmas traditions. The full list of venues can be found on the official event website, but do note that the venues each have different dates and times. The dates and times in this article relate specifically to the Odori Park event.

There is no admission fee for the event, so if you're in the area be sure to head out and enjoy the beauty!

The Sapporo White Illumination event takes place at multiple locations across the city, but many are situated around the Odori Park area. The park is right beside the Odori Subway Station, served by the Namboku Line, the Tozai Line, and the Toho Line. 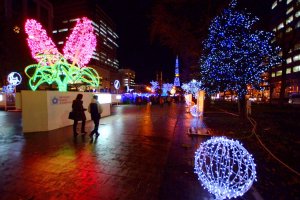