My friends and I took a driving trip around Awaji Island in Hyogo Prefecture. The excursion took us to the most southern tip of the island, which led us to a shop offering award-winning hamburgers at Awaji Island Onion Beef Burger.

The menu ranges from a standard burger with one meat patty to a luxurious steak burger which has a hefty price tag of ￥3,500. The award-winning burger costs ￥600 alone or ￥1,000 with the set of fries or onion rings with soda of your choice. It only took 5-minutes until the burger was ready to be served.

The burger itself is very juicy and full of flavor. The combination of the meat and the fried onion rings were splendid and soothed our mouths so much. The fries which came with the set was prepared well and at the right temperature. However, there is only one lacking point which is the small quantity of the meat in the burger, which might be due to the high pricing of Awaji beef.

The shop itself looks very cozy and family-friendly. Most of the customers were young couples and groups of young tourists. Overall, it is an enjoyable burger to have at a good location.

After finishing the burger we enjoyed walking around in the souvenir shop. There are plenty of snacks and food to sample free of charge before you decide to purchase. Most of the souvenirs that you can find on Awaji Island are Awaji onion soup, Awaji seaweed, and so on. Once finished, we headed to the Onaruto Bridge to see the view of the ocean and the whirlpool, which was spectacular and memorable.

One or two buses per hour run between Naruto Station and Naruto Park. The one way ride takes 25 minutes and costs 310 yen. Buses stop near the "Naruto Kosoku" bus stop along the way, where it is possible to transfer to highway buses. Highway buses traveling in the direction of Tokushima (but not in the opposite direction) also stop at "Naruto Koen-guchi" bus stop in Naruto Park along the expressway.

A Thai guy living in Japan, Traveling around Japan as a hobby. 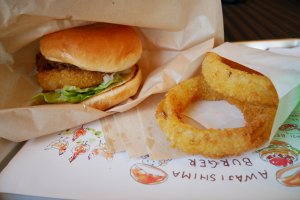 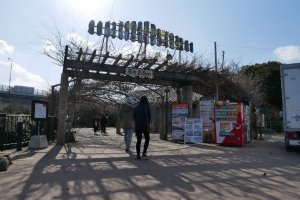 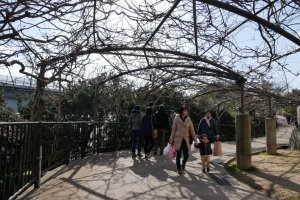 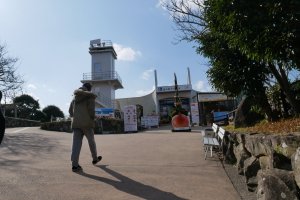 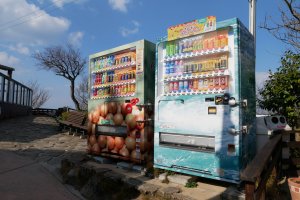 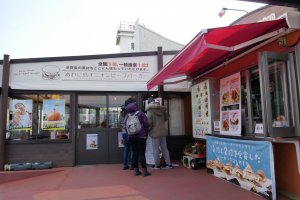