Enjoy good wine, food and a little tradition in Ohasama

Almost as soon as Ohasama was twinned with Berndorf, Austria 50 years ago, some of the Austrian culture started to influence the town. With its hilly landscape, the place is well suited for vineyards and what is more natural than making wine and celebrating the harvest with a festival. With their twin city in mind, they have chosen the name Edel Wein for their product line.

The festival is held around the middle of September each year usually on a long weekend, it runs from 11:00am until 3:00pm. Riding, driving or walking through the roads of Ohasama at that time of year, you'll be overtaken by the incredibly strong fragrance of grapes ripening all over.

The festival starts with a ceremony to thank the local gods for a bountiful grape harvest by local Kagura priests. Next is the ceremonial grape crushing by local girls wearing beautiful Bavarian dresses, all the while German music is playing. Another fine example of the cultural exchange between Berndorf and Ohasama. The grape crushing is done bare feet as was the custom in Europe before modernization. You can enjoy it several times throughout the festival. During the festival, you can sample the various types of wines made in Ohasama, as well as some local food specialties.

Around the festival grounds you can find the usual festival foods, takoyaki (octopus balls), yakisoba (stir fry noodles), kakigori (shaved ice with syrup), chocolate coated bananas and many others. One stand that surprised me was where they sell grilled meat from cattle that was fed grape skins to tie in with the wine festival. Among the food stalls there is an area where you can grill your own meat and vegetables, they sell ready made platters for that. That gives it a kind of picnic atmosphere, people can sit down and relax under a canopy. At the entrance of the festival ground, they sell a sample pack of Ohasama's best wines, if you've never tried their wines, it's a good way to start.

Just across the street from the festival grounds is a local farmer's market, there you'll find all kinds of fresh local fruit and vegetables at a much lower price than you would at the supermarket. September is a good time to enjoy the bountiful harvest from the local farms.

A word of caution though, if you live in Japan you probably know that but the tolerance for drinking and driving here is 0%, so you need to have a designated driver or use public transportation. Fortunately the city provides a shuttle bus from Hanamaki station to the festival ground.

From Morioka, take Route 396 south, you'll see the Edel Wein big barrel sign at the top of a hill, it's hard to miss. If you're coming from further South on the highway, take the Kamaishi road turn off and exit at Towa, from there look for Route 43 north and the Hayachine dam sign, once you get to Route 396, turn left it's about 5 kilometers. 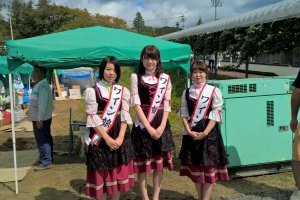 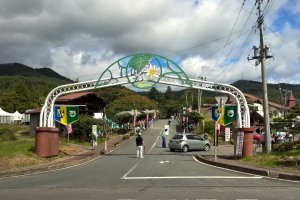 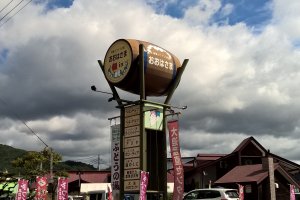 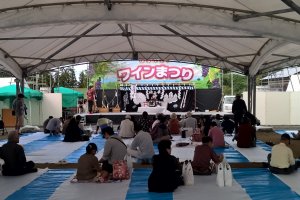 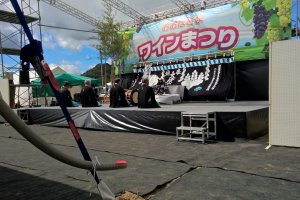 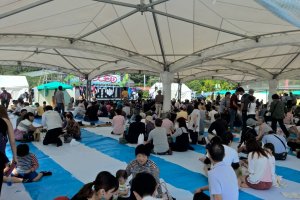