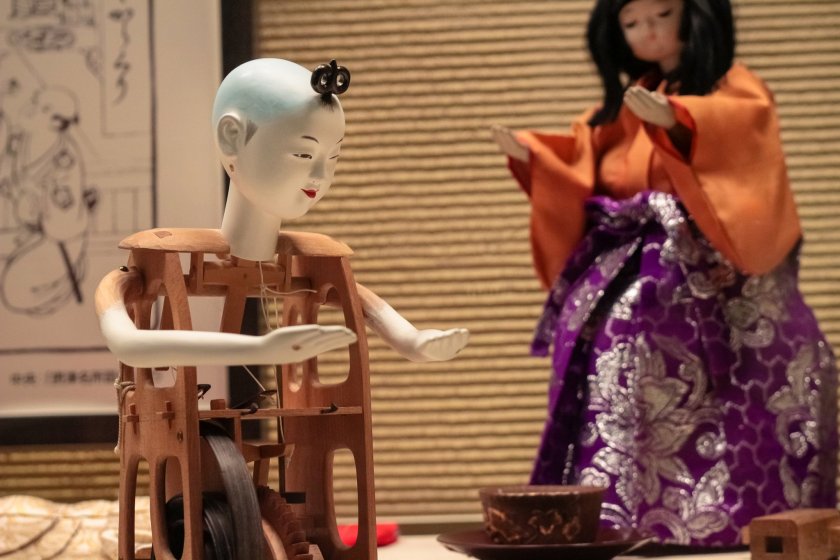 Delve into the fascinating world of karakuri ningyo

Automata. Robots. Trick mechanism. All are synonyms for the Japanese karakuri ningyo. Karakuri ningyo, or karakuri puppets, were popularized from the 17th to 19th century. In a rare display, you can see these amazing creations in person at Yokohama Takashimaya for a limited time.

Karakuri have been around since 658 CE when a simple device known as the south-pointing chariot was referenced in the Nihon Shoki. Their mechanisms were further improved upon and, after the introduction of European clock-making technology, karakuri crafting became refined and sought after by the upper class.

The Edo period became the golden age of karakuri creation and entertainment. At the beginning of their introduction, karakuri were largely only known to the upper classes due to their cost of their intricate mechanisms or cams and gears. Later, they gained popularity thanks to appearances in regional festivals as a part of the shrine floats. Toshogu Matsuri in Nagoya being an early example of widespread karakuri appearances.

Throughout history there have been three main kinds of karakuri:

Butai karakuri are life-sized and used in public theater performances.

Zashiki karakuri are used to perform simple home tasks for entertainment, such as drum playing, serving tea, or dance.

Dashi karakuri are large karakuri used in festivals atop dashi or festival floats.

Introducing the works of Tamaya Shobei, a leading Japanese karakuri puppeteer. The 9th generation of puppet maker, Shobei will be displaying dashi karakuri, zashiki karakuri, and butai karakuri. In addition to trademark pieces from the three types of karakuri, expect to be wowed by the first-ever display of the crane karakuri that Shobei has crafted.

The exhibit itself will be held on Yokohama Takashimaya’s 8th floor in the gallery. You can purchase tickets at the door or buy early via 7-Eleven with the code 087-973 at the ticket stand or at Lawson's ticket stand with the L-code 31409.

Tickets are ¥1,000 for adults and ¥800 for students; children of junior-high-school age or younger are free! 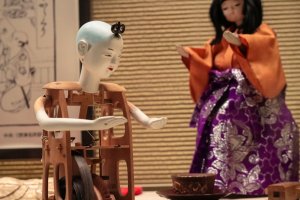 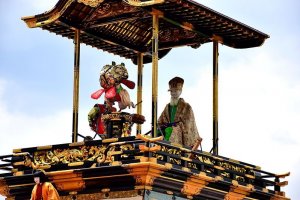 Elena Lisina a month ago
Amazing dolls! And masters' skills, of course!
Reply Show all 0 replies
2 comments in total