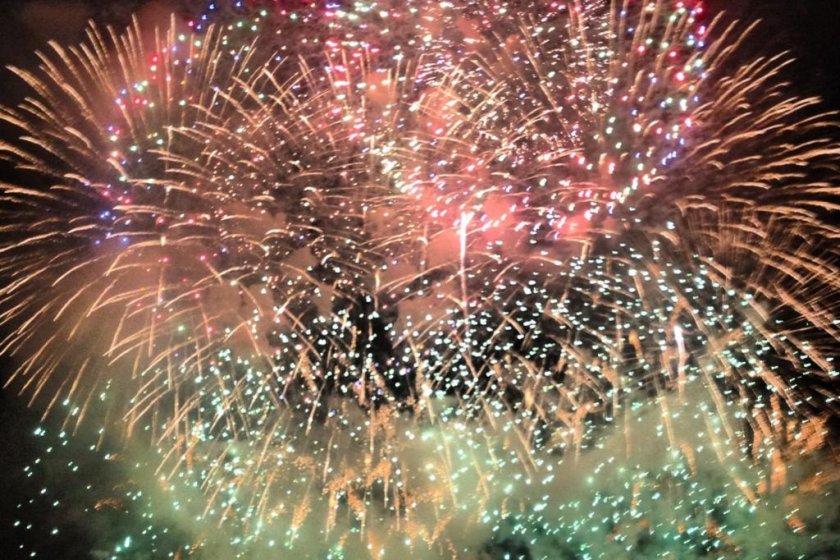 As is tradition with Japanese summer festivals, I recommend wearing your summer yukata (casual Japanese summer dress). You might feel a bit out of place being the only foreigner wearing traditional Japanese clothing, but it’s a great icebreaker to meet new people. In my experience, people felt comfortable to come up and ask where I was from, why I was in Japan, etc. I have even had a few people offer to take my picture for me. So put your self-consciousness aside and don’t be afraid to stick out.

For refreshments, try some of the fried noodles (yakisoba) and fried octopus balls (takoyaki) found at the many food stalls, and grab a few beers. I recommend spending the extra 2,000 yen to enter the park at Minatomirai so you can sit close to the bay. Upon entering, you are given fans and plastic sheets to sit on, as well as a front and center view of the show. It might be a little difficult to find premium seating if you don’t arrive early enough, but the fireworks are so big they’re hard to miss.

The first half of the show featured individual displays sponsored by various restaurants and shops. Each show was unique in the fireworks they used and the technique in which they were fired. Two of my favorite displays couldn’t have been any more different. The first focused on single, large, and slowly shot fireworks that bloomed against the sky bigger than any other firework I have ever seen before. Each shot shook the ground and echoed off the buildings behind the crowd like a thunderstorm. Before shooting off the next firework, the firework artist allowed the smoke to clear from the sky. It was simple, slow paced, and beautiful. My second favorite done by the independent artists was an eclectic arrangement of cascading, twinkling, and bursting lights. The sky was never dark for a minute as each firework popped in the sky with a rainbow of colors. It was bright, fun, and full of energy.

Once the independent artists were done, Kanagawa Shimbun announced their newest segment of the fireworks festival. They introduced their Symphony in Yokohama, where the fireworks were synchronized to various songs. The genres ranged far and wide, from Bad Romance by Lady Gaga, Swing Swing Swing, and the finale, Dvorak’s New World. Although the booms from the fireworks drowned out the sound of the music at some parts, it was a beautiful, dazzling experience.

With such a large crowd, the audience tends to cluster at Minatomirai and Sakuragicho Station. Although it’s a bit of a trek, Yokohama Station is a larger and much more convenient way to get home.

From 2019, this event no longer takes place pending a review. 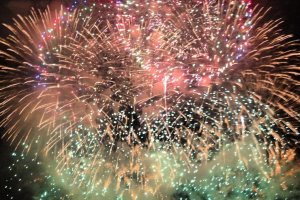 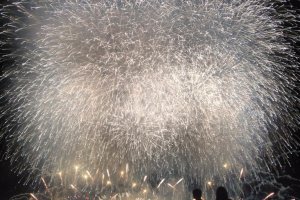 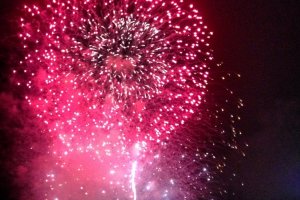