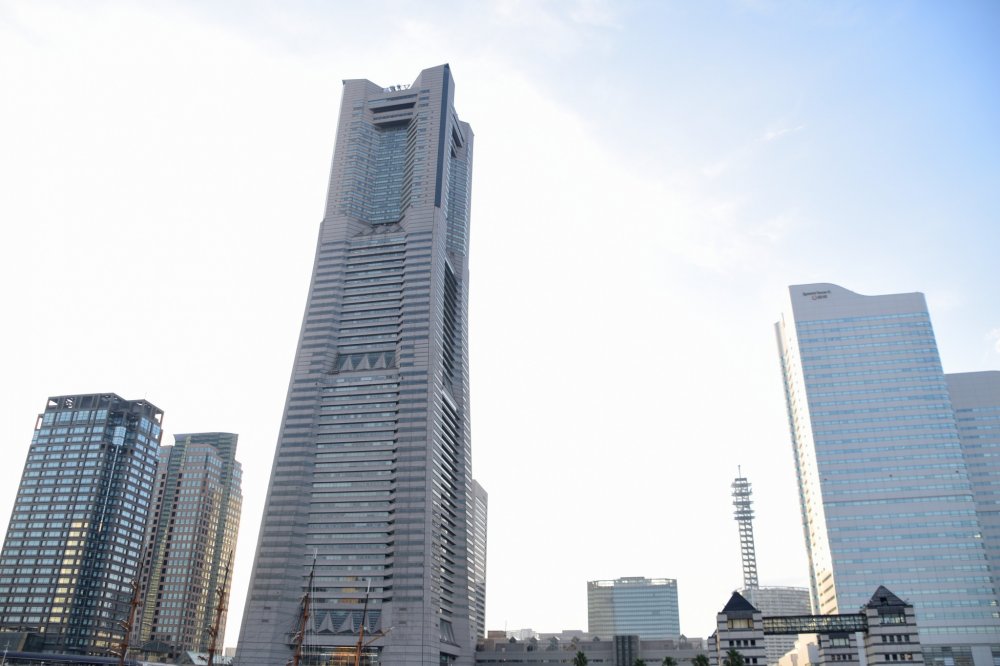 This is Japan's second tallest building, the Landmark Tower 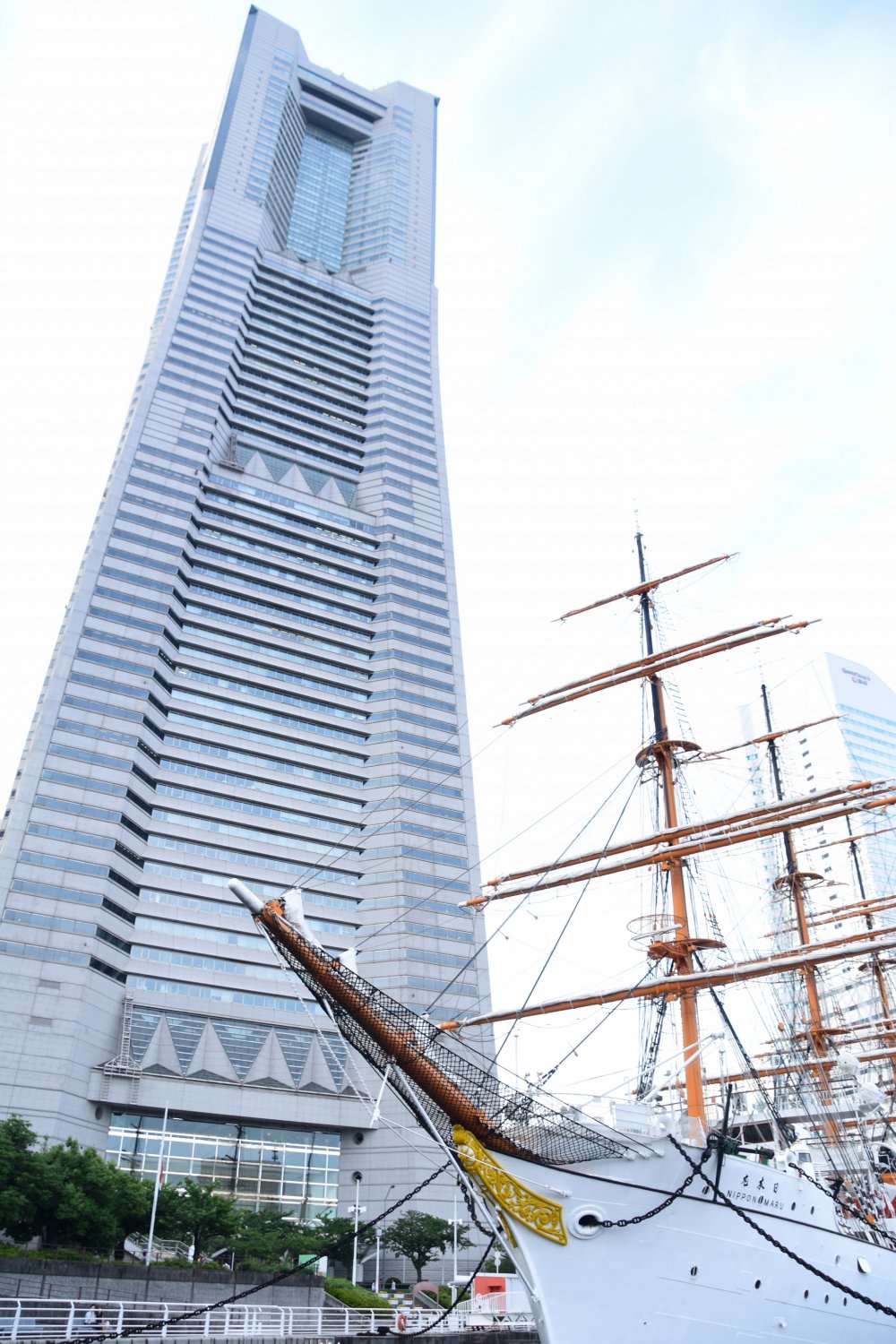 The Landmark Tower and the sail training ship Nippon Maru 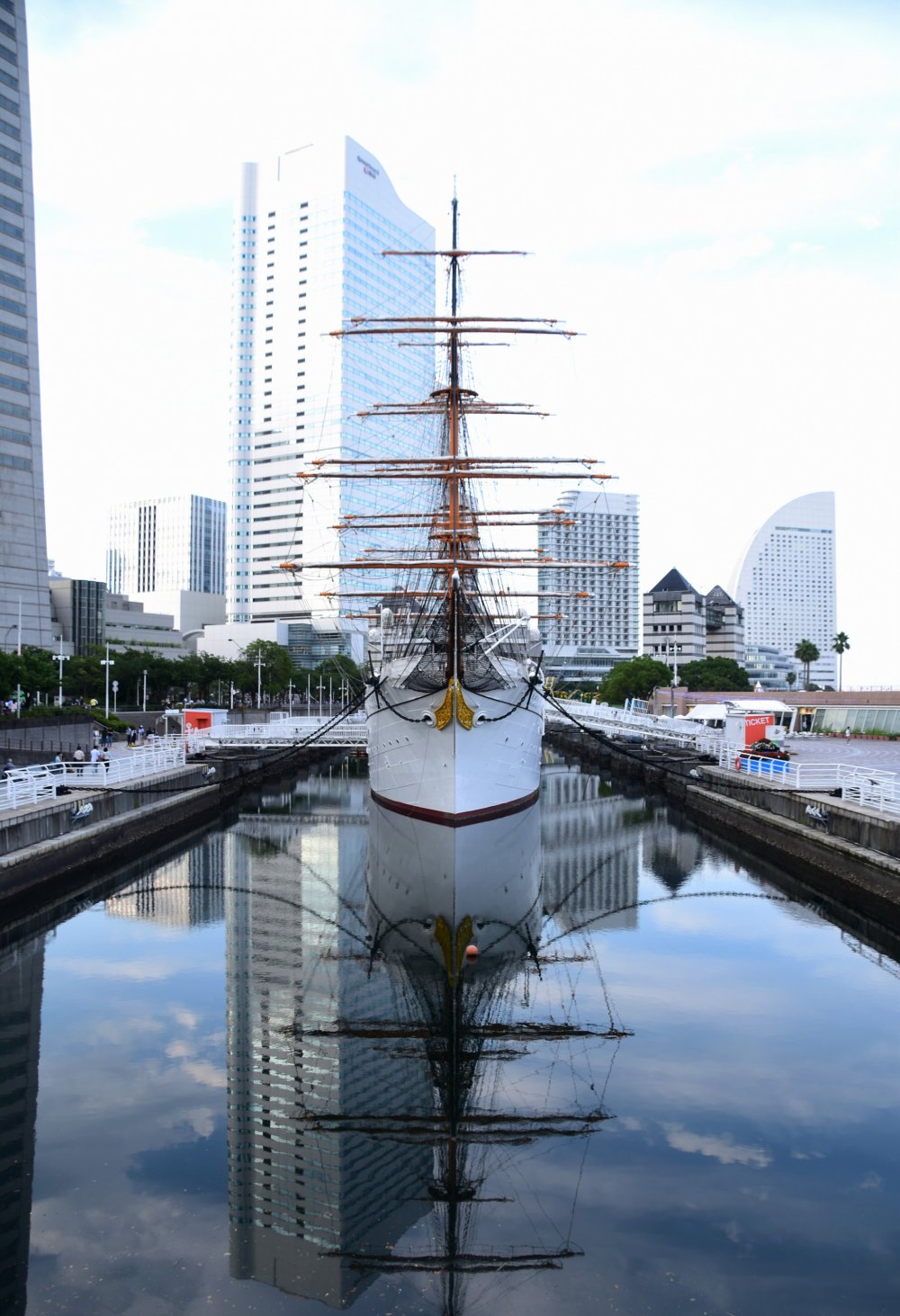 Look at the reflection of Nippon Maru on the water surface 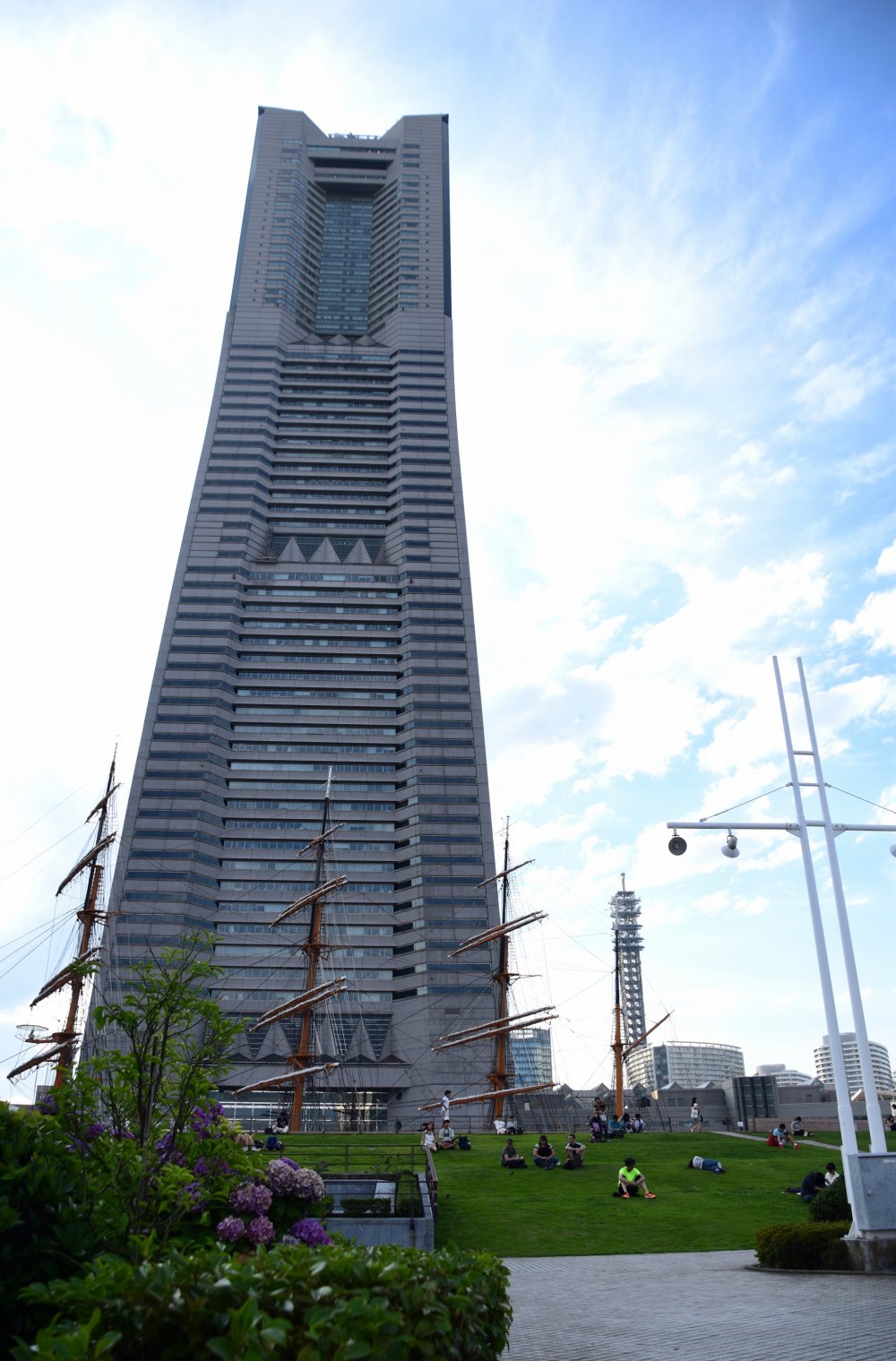 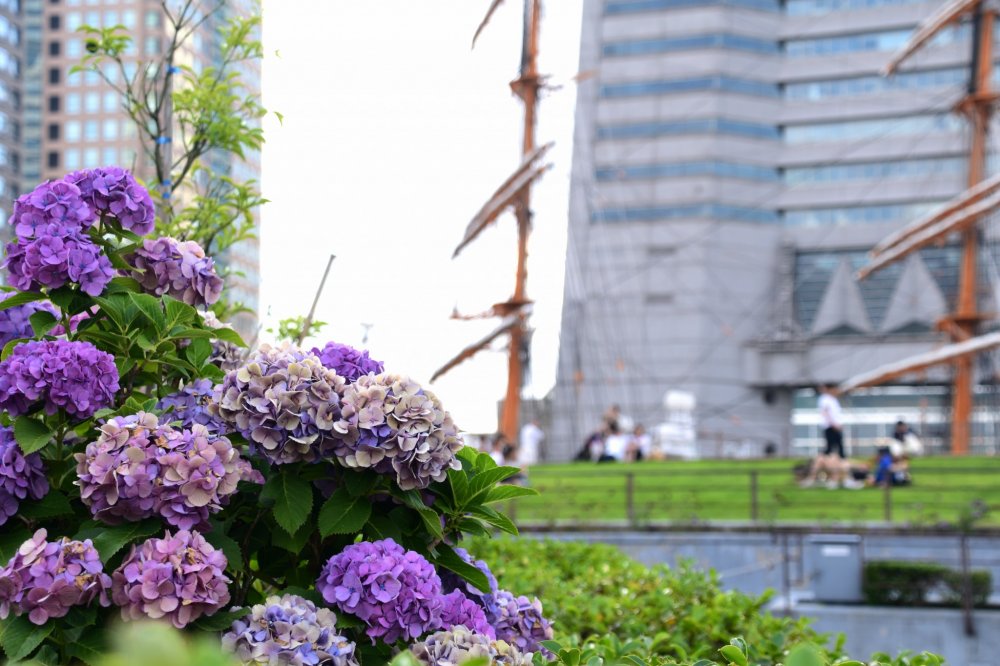 Hydrangeas in the park 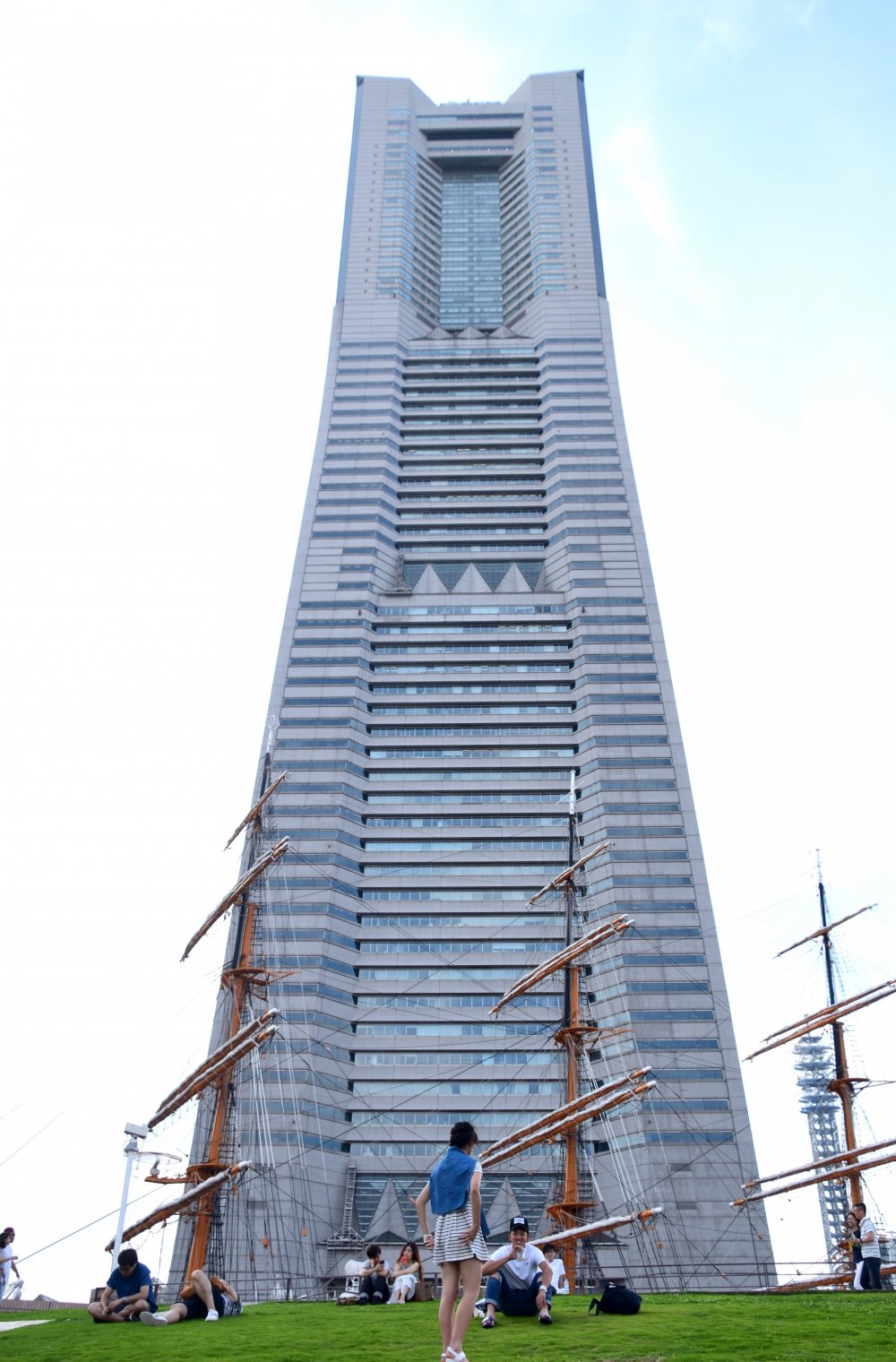 Relax on the grass looking up at the second tallest building in Japan! 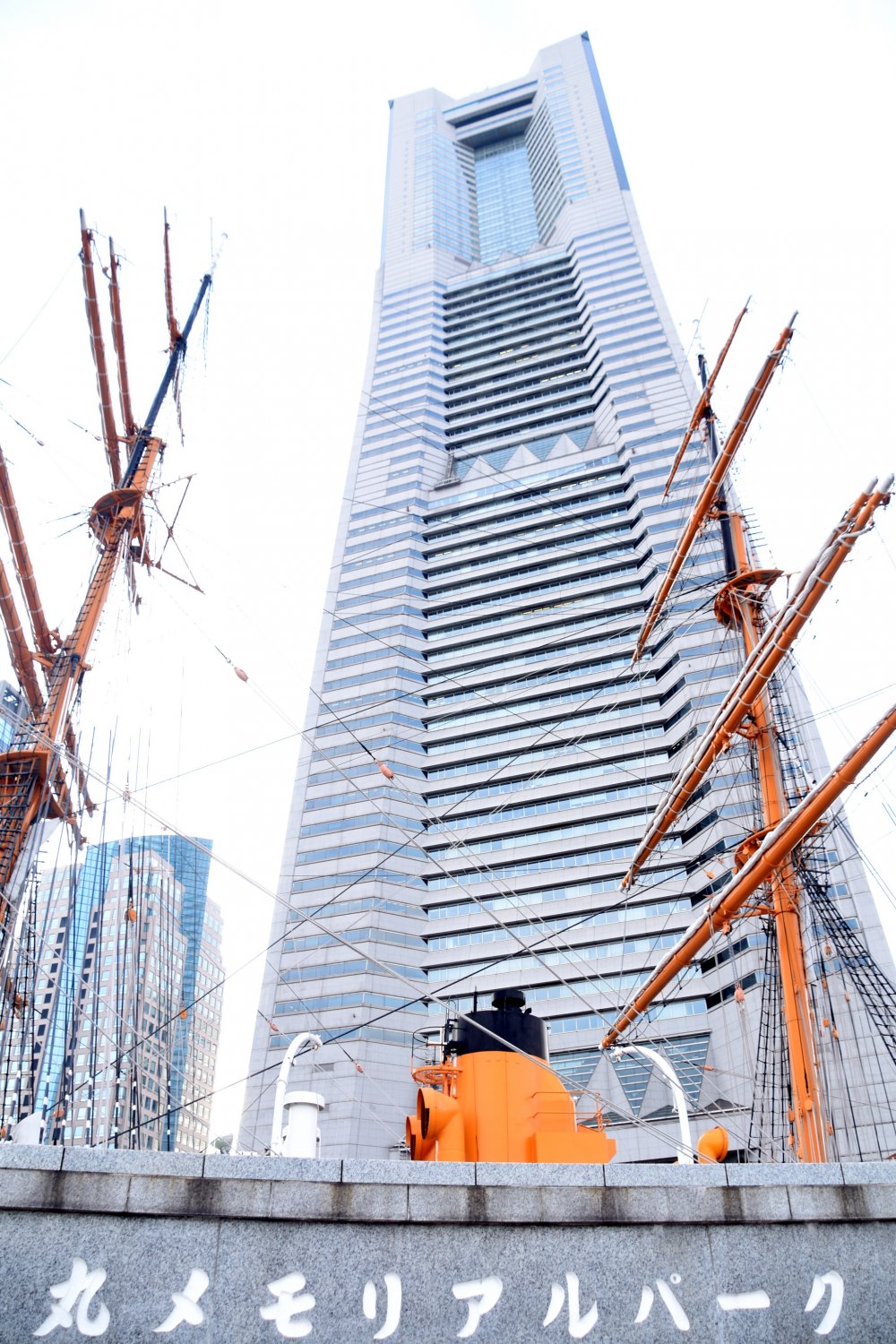 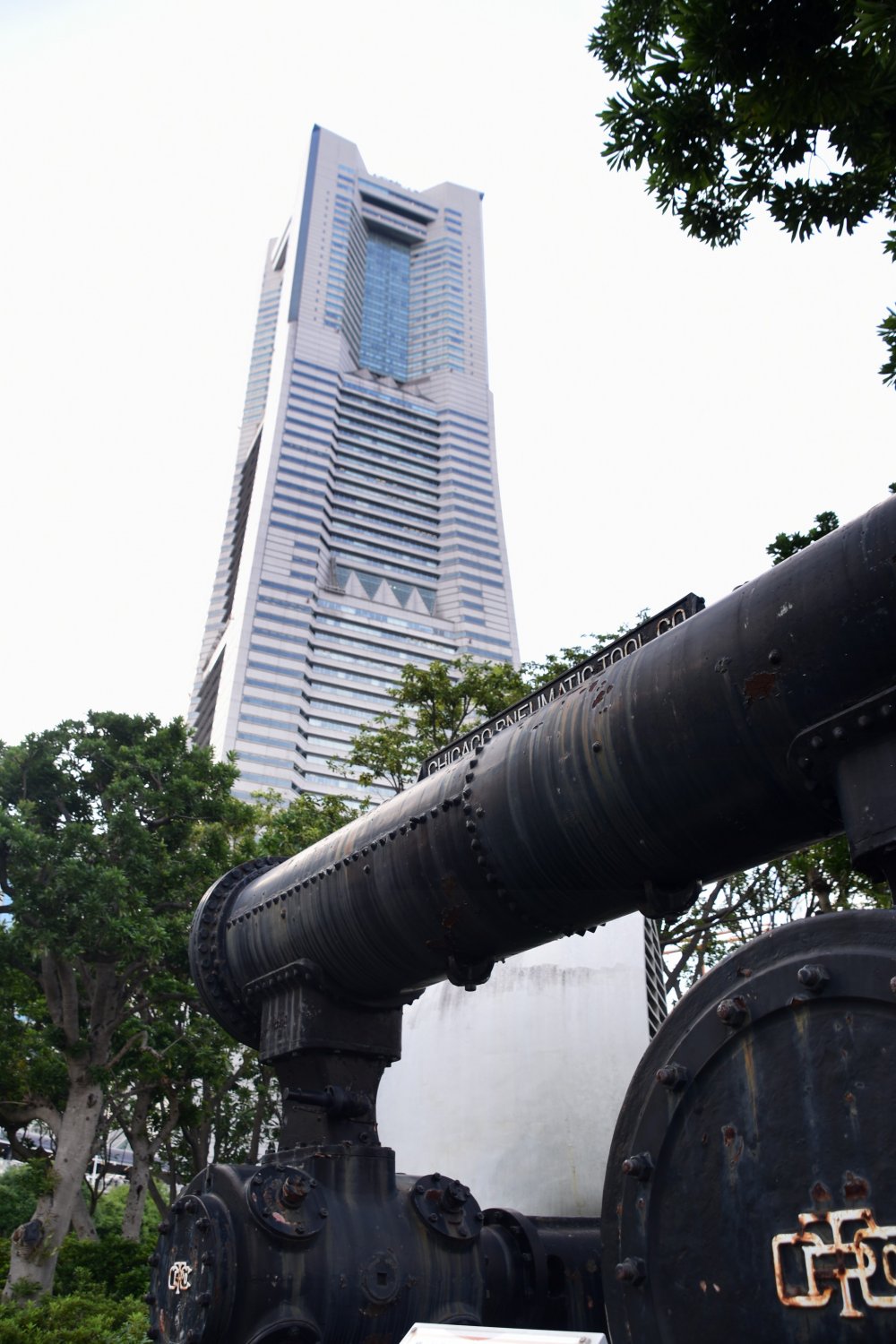 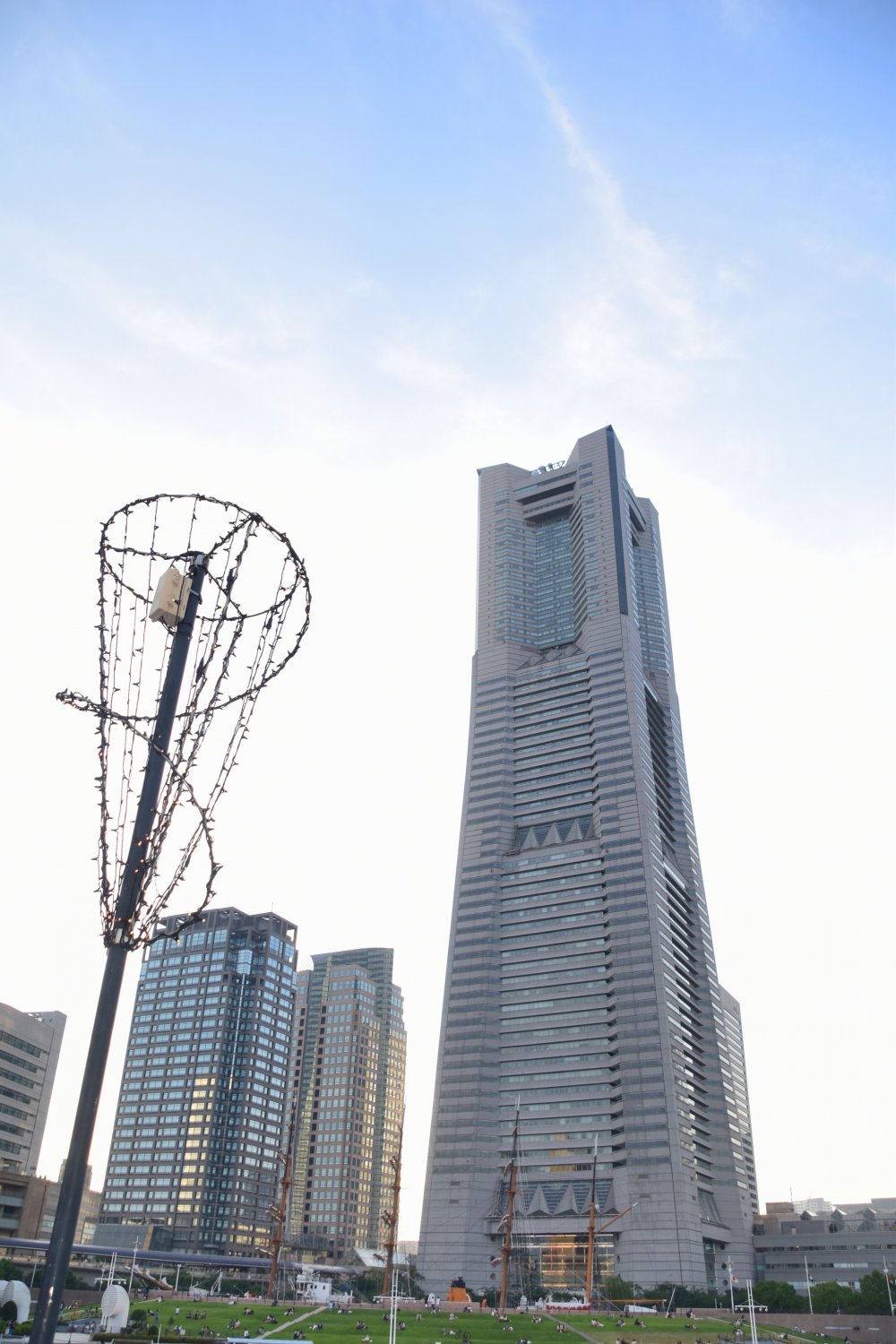 Looking at the Landmark Tower from the Bashamichi Promenade 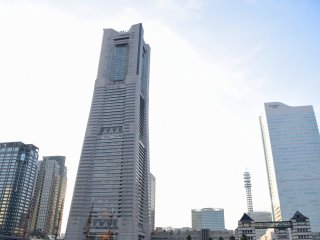 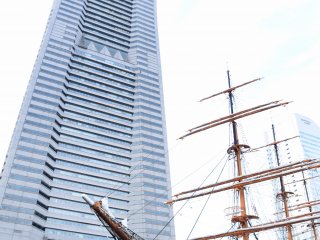 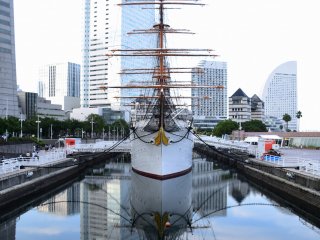 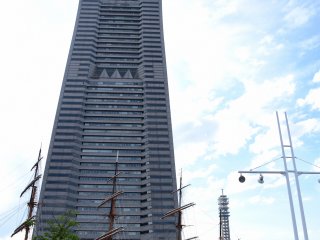 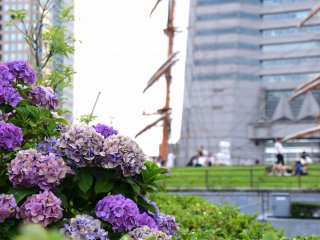 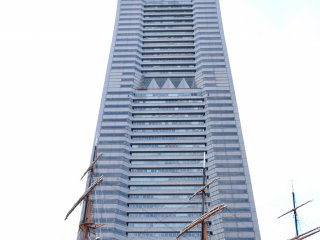 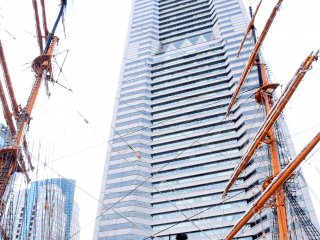 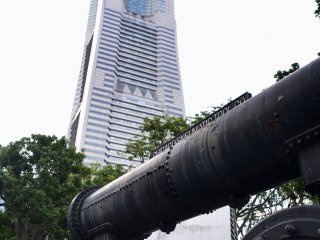 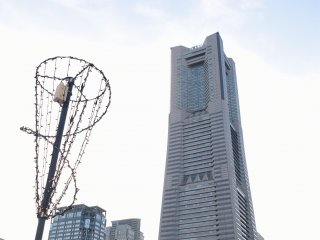 Humans are strange creatures. Since olden times they never ceased to be awed whenever they saw something gigantic, like dinosaurs, pyramids, big Buddhas, and in the 21st century, skyscrapers. No matter how often I see and want to ignore these skyscrapers, every time I see them I can't help looking up and saying to myself, 'wow', in a small voice.

The Landmark Tower is no exception. Every time I see it it makes me look up with my mouth wide open. It has been an icon of Yokohama Bayside since it was built in 1993. It was the tallest building in Japan (296.3 m/972 ft) until surpassed in height by Abeno Harukas in Osaka (300 m/984 ft) in 2012. At the foot of this modern-time pyramid, the Nippon Maru, a 20th century classic sailing ship, is docked. It was built in 1930, and after enjoying a colorful history retired in 1984. It has been docked here as a museum since then. Looking at these fruits of 20th and 21st century technology at the same time is quite an unique experience, and you can have that easily here in Yokohama Bayside Area.

Elena Lisina 2 years ago
This place is one of my favorite in Japan! :)
Reply Show all 0 replies
1 comment in total

Elena Lisina 2 years ago
This place is one of my favorite in Japan! :)
Reply Show all 0 replies
1 comment in total