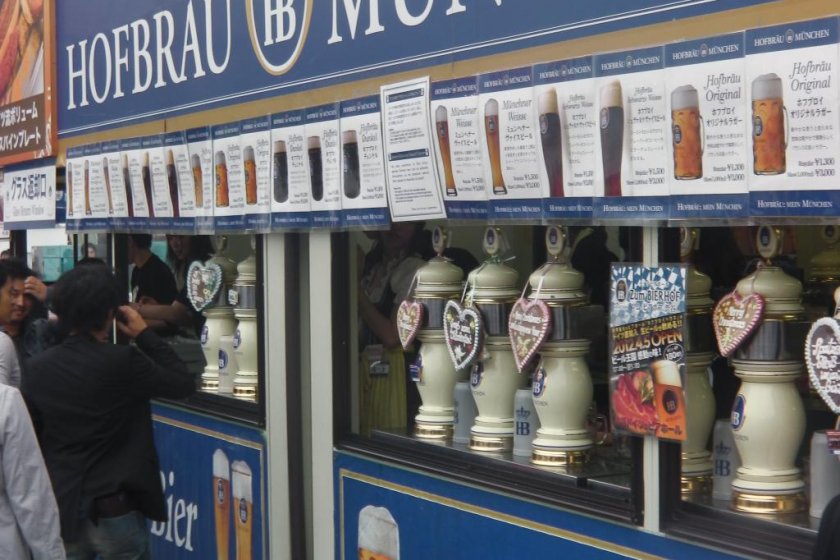 The Yokohama Red Brick Warehouse will be closed from May 9, 2022, until December 2022 for extensive renovations.

Prost! If you can’t make it to Germany for the real Oktoberfest, head down to Yokohama for the best substitute you’ll find. Located at Yokohama’s historic Red Brick Warehouse (Akarenga Soko), Oktoberfest is an annual fall tradition that never disappoints. Come satisfy your craving for a stein of dark German beer (or any other kind, for that matter), delicious food, and a rousing good time to be had by all.

At Oktoberfest, beer is the way beer ought to be—dark, German, and plentiful. Each year there are plenty of imported and domestic vendors alike, from standard Japanese brands to authentically German ones sporting their special Oktoberfest brews. Though the exact companies change a bit from year to year, the odds are that you’ll be able to find your favorite with no difficulty. 0.5 liters typically runs between ¥1,000-1,300 with a one-time deposit of ¥1,000 on your cool stein glass, refundable unless you drop it. Food choices vary each year, but always include nice selections of bratwurst, sauerkraut, potatoes, ham, and other German favorites. The food is good but predictably pricey for such an event. However, your entrance ticket (¥200) allows re-entry, so eating elsewhere and then returning is another option.

The true draw of Oktoberfest, though, is its atmosphere. Rain or shine, Oktoberfest has always brought out the playfulness in people (or maybe it’s the beer). Starring at the event is the bona-fide oom-pah band that takes up their accordions and tubas every few hours throughout the day and rocks out everything from classic pop cover music to traditional Bavarian drinking songs. Their best performance is always the last one of the night, when the crowd really gets into dancing and singing until you forget what country you’re in.

Though essentially a booze-fest, Oktoberfest always remained friendly and controlled enough to confidently bring your young ones along to enjoy the food, music, and fun. The complex includes both indoor and outdoor facilities, so weather isn’t an issue (except for high winds, which have caused canceled days in the past). If there is a drawback to the event, it’s the long lines. Come on a national holiday and be prepared to line up to enter, and then again to use the toilets.

Oktoberfest festivals have, over time, spread to take place in other areas of Japan including Tokyo’s Odaiba and Hibiya Park, and the schedule has been experimented with to include multiple instances per year (including Golden Week). However, the first two weeks in October can always be counted on for a great time.

You can find cheaper food and drink elsewhere, but Oktoberfest’s roaring good time makes it worth the extra cost. 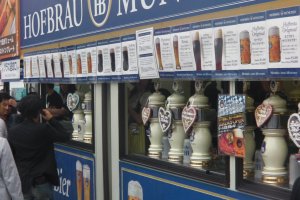 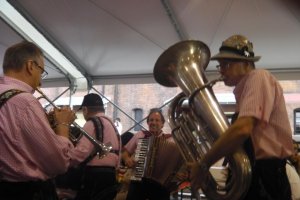 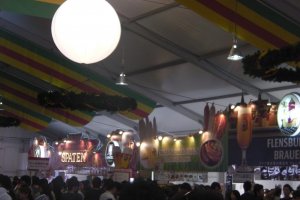 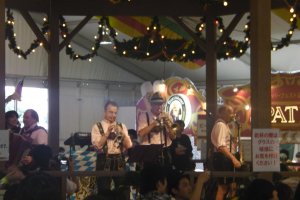 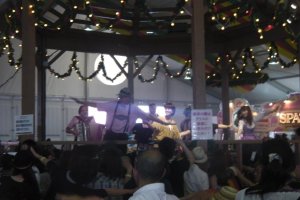 Sherilyn Siy 2 years ago
I love those beer containers/dispensers!
Reply Show all 0 replies

Nicole Bauer 10 years ago
I went to the one next to Yoyogi Park last year in July and the atmosphere there was exactly as described here, just fantastic. Certainly different from the real Oktoberfest experience in Munich, Germany, but to be honest, it was close! Some Japanese girls where even dressed in a dirndl (traditional bavarian dress), I loved it. The schedule can be found here: http://www.oktober-fest.jp/index.html
Reply Show all 0 replies
2 comments in total