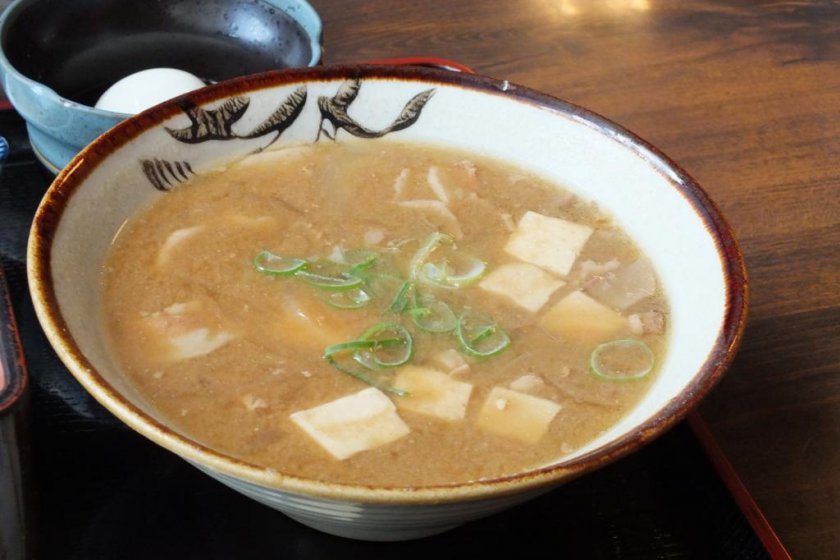 Japan National Route 1 is a 565 kilometer road linking the metropolitan areas of Tokyo and Osaka. It follows the old Tokaido Road that linked Tokyo (previously known as Edo) with Kyoto and the Kyo Kaido road that linked Kyoto with Osako during Japan’s Edo period (1603-1868). This historic road has many beautiful mountain and seaside spots that can be taken in during pleasant drives any time of the year. Route 1 is also often associated with the annual New Year’s Tokyo-Hakone Round-Trip College Ekiden (relay marathon) Race which is a two day (January 2nd and 3rd) event that many Japanese enjoying watching during the New Year’s holiday which runs normally from December 29th to January 4th.

Given that Route 1 is historic and was once one of only a few routes used to connect Tokyo and Osaka it is lined with lots of small family owned shops and restaurants. Opened in 1940, Nonki Tei is located in the northern part of Odawara City along the Seishou Beach front area of this scenic route. Translated into the English language, Nonki Tei means “carefree inn”. Nonki meaning “carefree” and Tei means “inn”. This carefree atmosphere carries over into the traditional Japanese cuisine that is served, mainly with set meals comprised of dishes such as fish (fried or raw), cutlet (pork, chicken), yakitori (skewered chicken), tempura and many other Japanese favorites. All of the set meals are excellent and come with rice and Japanese pickles but what makes it special is the tonjiru that is served with the dishes. Tonjiru is a traditional Japanese pork soup/stew with a miso (soybean paste) base. Tonjiru is made by stewing the sliced pork alongside healthy vegetables such as gobo (Japanese root vegetable), spring onions, daikon radish, carrots, tofu (soy bean curd), potatoes, and mushrooms. The result is a delicious stew that is very tasty especially in the winter months when nothing warms you up quite like a hot bowl of stew, except maybe a hot springs bath.

The set dishes are all very reasonably priced and range from 1,000 to 3,000 yen depending on which meal you order. Considering the healthy portions that are served with the set meals and the excellent quality of the food, the prices could be considered a bargain.

Since Nonki Tei is located along Route 1 it is also a prime location for viewing the annual New Year’s Tokyo-Hakone Round-Trip College Ekiden Race. Ekiden fans who choice to view the race near Nonki Tei’s parking lot are treated with a hot bowl of tonjiru, which hits the spot especially since temperatures during this annual event are often at or below freezing.

Nonki Tei has plenty of parking available right next to the shop but if you choice to come by train it is only about a 5 minute walk from Kouzu Station (JR Tokaido Line). Just exit the station and head for the Seishou beach front.

If you are taking a drive along the Seishou Beach front part of Route 1 or are riding the JR Tokaido line and are looking for a nice pleasant place to have a meal with some excellent tonjiru, Nonki Tei maybe the place for you.

I have spent over half of my life here in Japan (20+ years); needless to say I truly enjoy living in the land of the rising sun. I especially take pleasure in experiencing traditional Japanese culture and have been a vivid student of the Japanese martial arts (Aikido and Tenshin Shoden Katori Shinto Ryu) for over 19 years. In addition to martial arts I am a fan of Japanese drumming (Wa-Daiko) and began studying Wa-Daiko four years ago with the group Odawara Houjou Taiko no Kai. I am also heavily involved with the Special Olympics Nippon Kanagawa Track and Field, Swimming and Ski teams and truly like coaching and mentoring the young athletes. I currently live with my wife and two sons (Kota 17 and Allen 14) in the culturally rich city of Odawara in Southern Kanagawa prefecture. Our house is only two blocks away from the historic Sakawa River which is depicted in the famous ukiyo-e woodcut prints (The Fifty-three Stations of Tokaido) as the Odawara (9th) station. Our home is only a 10 minute drive from Odawara Castle and on clear days we are able to partake in a beautiful view of Mt. Fuji from our front door. All this makes living in Japan a real pleasure and I look forward to sharing these experiences with the English speaking community and will strive to unveil Japan's many wonders to readers. 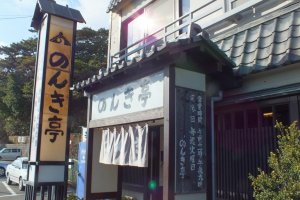