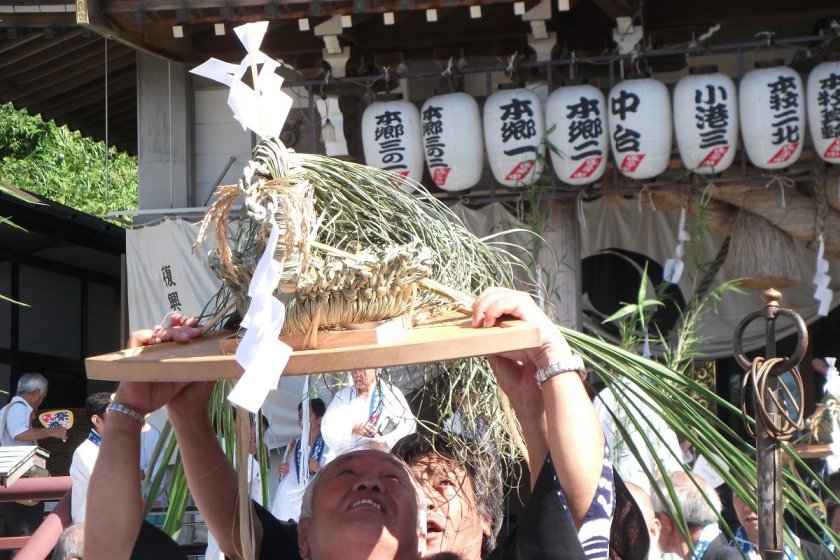 Every year, in Honmoku, Yokohama, the Ouma Nagashi event is held during summer.

Ouma is a figure with the head of a horse and a turtle-like body made of straw. Every year six pieces of Ouma are made for the event, which are dedicated to the Honmoku Shinto shrine. They are brought to the shrine by men in formal kimono in the early morning of the day before the event. After they stay in the shrine overnight, they are carried throughout the town of Honmoku in the morning. Then they are sent about 5km offshore by boats from the Honmoku fishing port and thrown into the sea.

The event is believed to take evil out of the town by throwing the figures into the sea. It is a kind of purification ritual. It has been practiced for nearly 450 years since the medieval era when feudal warlords were fighting each other to survive.

Originally the figures were sent offshore by six wooden boats before the 1950s. Until last year, fishing motorboats had been used to bring the Ouma figures offshore. Last year the wooden boats came back for the first time in 50 years after being repaired thanks to donations by local residents and businesses.

Beautiful beaches existed at the shores of Honmoku only 50 years ago. Honmoku was a fishing village, where villagers produced seaweed and farmed fish. Among them werre anago sea eels and shako shrimp. They are important ingredients of "Edo style sushi". The beaches were reclaimed to expand the port facilities in the 1960's. Still, some fishermen continue to fish off Honmoku from this fishing port. Now we seldom have an occasion to enjoy the smell of the sea close by even though we are living in Honmoku, which used to be famous for its beautiful beaches.

On the day of Ouma Nagashi ritual, six portable shrines, carried by men and women of all ages get together from six areas of Honmoku near MYCAL Honmoku to show off their high spirits in their own local matsuri festival costumes. That is the moment when Honmoku streets come alive with their cheerful calls, and everyone forgets the scorching heat of high summer. And it is an occasion for us to feel and smell the history of the town.

Ouma figures are brought into the Shrine: 10:00.

This event is held yearly at the beginning of August, so if you miss it this year, be sure to visit the next chance you get. Check the website (Japanese) for details. 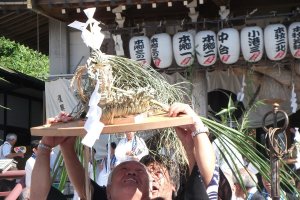 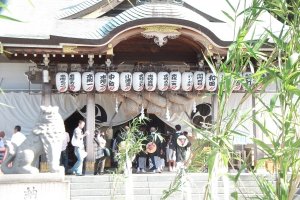 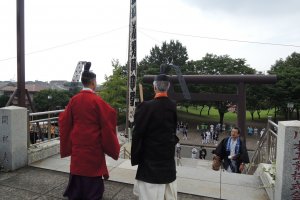 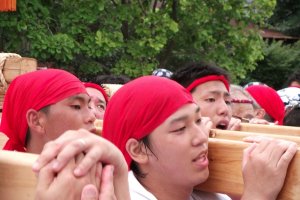 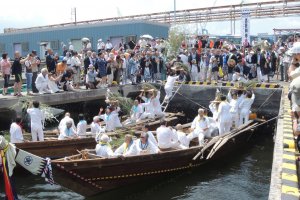 Every August on the first or second weekend.