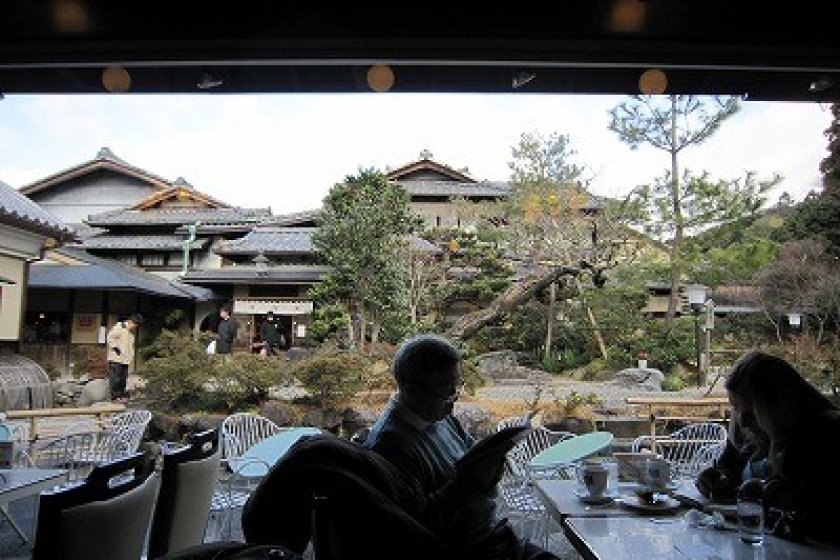 The story of the water in Kyoto

Kiyomizu branch shop. View from inside the shop

Kyoto is shaped like an alluvial fan surrounded by mountains to the east, the west and the north. The topography of an alluvial fan usually holds the rich riverbed water or the water vein.

Kyoto is no exception. The Takano River and the Kamogawa River, which both rise from the northern hills, soon join together to flow down southward through Kyoto City. However, the characteristic of Kyoto that is conspicuously different from other alluvial fans would be that the water vein spreads like a spider's web under these two rivers.

Kyoto is precisely a city floating on rich riverbed water. Some specialists say that the reason why the city of Kyoto flourished for over 1000 years is that the capital lies in its rich water resources, in the same way that ancient Rome flourished.

Kyoto is said to have hundreds of wells within the city and that the taste of the well water is different from well to well. It’s because the various kinds of such rocks as gravel, sand, lime, volcanic dike, or sedimentary rock are piled up as strata several times over meters deep under the ground. These strata lie thin in one place and thick in another like pie crust. The rain soaks into them.

The main branch of Urasenke- a school of Japanese tea ceremony – in Kyoto, has over 30 wells on their site, and they say the well water tastes different in each one, and that they use each type of well water according to who their guests are. So, yes: Since Kyoto is a locality within the cradle of tea culture, coffee culture represented by Inoda Coffee was born in Kyoto as a matter of course.

If you are getting off at Shijo-Karasuma subway station and going northward on Sakaimachi Dori Street, the coffee shop immediately comes into sight. The main branch of Inoda Coffee. An adherence can be seen where they express their name in Japanese,not “[co:hi:]” but “[co:hi]”. I heard not a few coffee shop owners in Kyoto had their training in Inoda Coffee. They must have learned every method of management and of coffee-making in existence. They pour their passion into their stores as well as their cups of coffee.

I’ve found so many attractive coffee shops besides Inoda everywhere in Kyoto. I had experienced the deliciousness of Inoda coffee at the branch shop in Kiyomizu, but its good flavor gave me all over again a glimpse of the grace of the Inoda flagship store. One of Inoda’s popular coffees is called “Arabian Pearl”. The sour taste peculiar to Mocha is well-balanced by the flavor of other kinds of coffee. I became intoxicated with the soft and deep aroma rising up inside me. 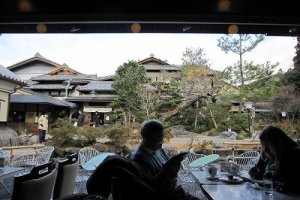 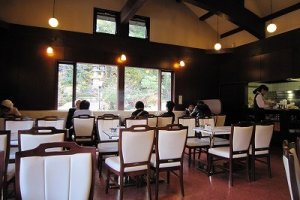 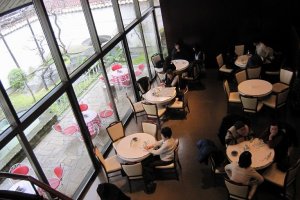 Peter Lin 5 years ago
The Kiyomizu Inoda has a great restaurant with delicious food. The beef katsu sandwich was memorable.
Reply Show all 0 replies
1 comment in total