Make your own traditional Japanese sweets

Kyoto is a city famous for its thousands of temples and shrines, for its beautiful gardens and, in a completely different field, for wagashi. Wagashi are traditional Japanese sweets. They were originally created to be eaten during tea ceremony to balance the bitterness of Japanese powdered green tea. Since the tea ceremony is an important part of Kyoto's culture, wagashi developed there alongside at the same time.

Many shops in Kyoto organize courses to learn how to make wagashi, from the most sophisticated ones to some that are more common and can be eaten at any time. Yatsuhashi-an is one of those shops. It has three branches in Kyoto: Shanari which is the one I went to, Kakehashi and Yatsuhashi-an to shishuyakata.

To take part in one, a reservation has to be made beforehand through the official website of each location, or by phone. Looking at the courses available, everything looked so delicious that it wasn't easy to make a choice but in the end, I decided to go for yatsuhashi.

Yatsuhashi is one of the most popular confections of Kyoto. It was created by Yatsuhashi Kengyo, a musician who lived during the Edo period. He decided to pound the leftovers of rice until it turned into powder, and he then used that powder to make a sweet that was later named after him.

Yatsuhashi's dough is made from rice flour, sugar and cinnamon mixed with water. It can be made to become hard but also be left raw so that it is soft. The raw version is called nama yatsuhashi. After the dough is filled, usually with red bean paste, it is shaped into a triangle. Yatsuhashi-an offers a course to simply fill the dough and fold it. But another course is offered that starts from making the dough, which I think is more interesting.

The first step is to make the dough. While waiting for it to cook, you can enjoy a peaceful view of Kyoto from the second floor of the shop. When the dough is ready, it's time to cut it into three pieces that each will be filled with chocolate, strawberry or red bean paste. Choose the quantity of cinnamon powder you want to color the dough, roll it into kinako which is soybean flour, fold it into a triangle, and you are done!

If, like me, you are a terrible cook, don't worry. Although it's not that easy to make the perfect triangle shape, as long as you follow the explanations of the teacher, you should be fine. Aside from yatsuhashi making, Yatsuhashi-an provides a various range of courses including lesson for creating traditional savory Japanese snacks. And if you really aren't confident in your cooking skills, you can always choose among one of their craft making courses instead! 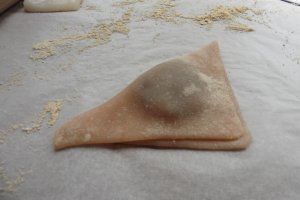 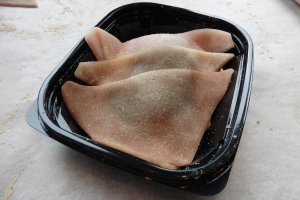 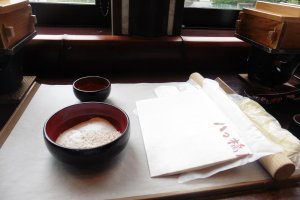 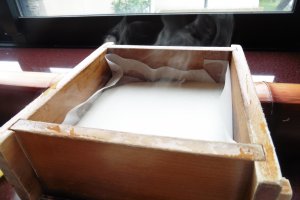 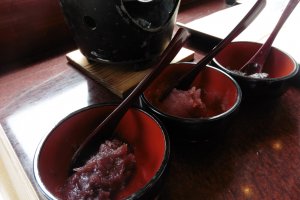 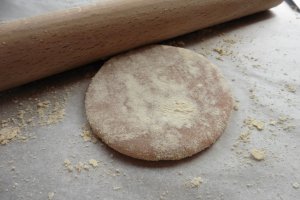