Uncover the hidden treasures of the coast

Ise-Shima is an area already on the itinerary for most visitors to Japan, but it is still surprising how few visitors make it far beyond the prominent Ise Jingu to explore the truly vast number of islands big and small, as well as the coastline bedecked with jewels of stunning locations waiting to be discovered.

The considerable scope of the Ise-Shima National Park takes in the aforementioned shrine, which is considered to be the most holy in all of Japan, as well as the entirety of Ise and the many bays through to the east and south, as well as the seas beyond. Given the number of ports and bays it is a surprisingly active locale, and the boats on the horizon and pearl rafts bobbing on the warm blue seas don’t distract from the spectacular scenery one bit. The sense of Ise-Shima as a living park is quite appropriate, the seas and the life they contain are of course beautiful in their own right, and it is only when they are harnessed by the community of the area do they become the culture and cuisine that is so highly regarded.

Exemplifying this link between nature, people, and culture are the fishery experience tours to be found far to the south of the national park in Minami-Ise, where you can join a fishing boat on the calm seas, taking a trip out of the harbour, first giving thanks to the gods in the time-honoured fashion for the bounty soon to be received at the tiny island shrine before eventually casting one’s rod or net to see what the sea holds for you. The Minami-Ise coast is stunning in its own right, but the real pleasure is to be had on your return as you then complete the journey by preparing your catch of the day as sashimi or barbecue to be enjoyed at is absolute freshest. Putting yourself at the hands of the experienced fishermen is an education in local custom as much as it is the fish of the Ise waters themselves, and you are sure to gain a new appreciation for the world of sushi and sashimi that is for many their first encounter with Japanese washoku cuisine.

Competing for the title of Ise-Shima National Park’s most famous export along with its seafood are its cultivated pearls which likewise enjoy an excellent reputation worldwide. For the uninitiated, heading east from Minami-Ise to the many pearl boutiques in Shima is highly recommended if you are looking to learn why all pearls are not created equal, and those from the waters of Ise-Shima are in such high demand. There are also workshops where you can learn pearl selection for yourself before making a soon to be treasured piece of jewellery, and pearl connoisseurs are sure to be in their element with world-class examples of cultivated pearls from within the National Park to be found at every turn.

At the other end of the spectrum from the luxury of pearls, Shima is also home to Nakiri, a quaint fisherman’s village right on the most southern-east point of the national park. Here among the rustic traditional buildings, nostalgic lighthouses and fishing boats nestled in the harbours you can find another side to the living culture of this park. The smoked fish products that this area produces are used in some of the finest kitchens in Japan and around the world. Largely recognised as Japan’s last tradition maker of honkarebushi, dried fillets of katsuo, skipjack, this is truly a taste of the area given that the fish it is smoked over local ubame oak in single location with a view of the same seas that the bore the fish. Here you can see living culture in balance with nature, that once again captures the unique character of Ise-Shima National Park and a traditional way of life that is far from locked in the past.

Following the coast north, tailor-made cycling tours run from the Kashikojima offer a fantastic way to track the route, from verdant fields that give way to fisheries and unspoiled sandy beaches that are the realm of keen surfers. A tour can include refreshments and a picnic on the beach so you can take in the spectacularly clear waters before eventually reaching Anori Shrine on a peninsula to the north east of Shima. Known as a place to pray for safe travels, this is a fitting rest point also known for its unique form of bunraku puppetry that is a designated significant intangible folk cultural asset that you won’t find anywhere else.

To the north east of the Ise-Shima National Park lies Toba, renowned for its particularly beautiful bay and views of the lush surrounding islands. It is a view best enjoyed from the comfort of the seas and there are perhaps few better ways than on your own traditional Japanese houseboat where you can take in a tasting menu from the very waters you are sailing over. The Yakata-bune offers tours day and night, which are particularly celebrated come the firework season in August which offers a feast for all the senses as you enjoy local Ise-ebi Japanese spiny lobster and abalone on the high seas.

Elsewhere, if you are still hungry for local culture both literally and figuratively, the souvenir shopping center close to Toba station and harbour is a great one-stop location to explore the food, wagashi sweets, and culture of the area as a whole and even extends to kimono workshops. You can even find the local Ise-momen textile that has been beloved of the Japanese kimono world for centuries.

Finally, continuing the living culture theme art fans shouldn’t miss out on is the resort hotel to be found along the Pearl Road-Seaside Line also in Toba. There amongst the views of the sea enjoyed since since antiquity you can also take in the world of the contemporary Japanese arts both throughout the luxury spa hotel and in installations built into the landscape. Carrying work by the luminaries of the Japanese contemporary art world you can enjoy a veritable museum of work by Yayoi Kusama, Takashi Murakami, and Mika Ninagawa, as well as Western names such as Niki de Saint Phalle and Andy Warhol, all in balance with the nature of the region.

Ise-Shima National Park presents a space that is at one static, centred on the Ise Jingu at its heart, and yet is one constantly in a state of movement as traditions are renewed, born and cultivated. Not unlike the Shikinen Sengu ceremony that sees the Ise Shrine rebuilt every 20 years, Japan’s traditions are rarely confined and always in a constant state of life, and whether it is the kimono still worn today, the constantly evolving tastes of washoku cuisine, or the constant renovation of shrines, Japanese traditions are living ones. Through Ise-Shima National Park take this as your invitation to live them for yourself. 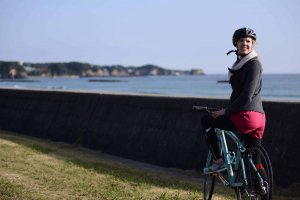 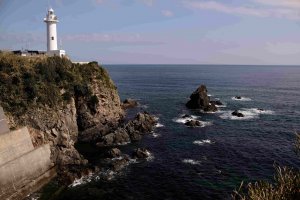 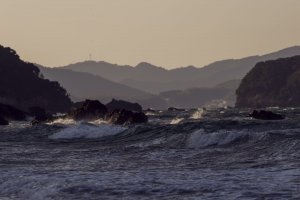 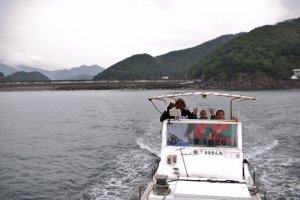 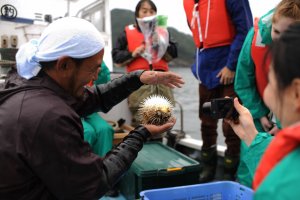 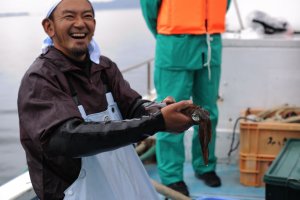