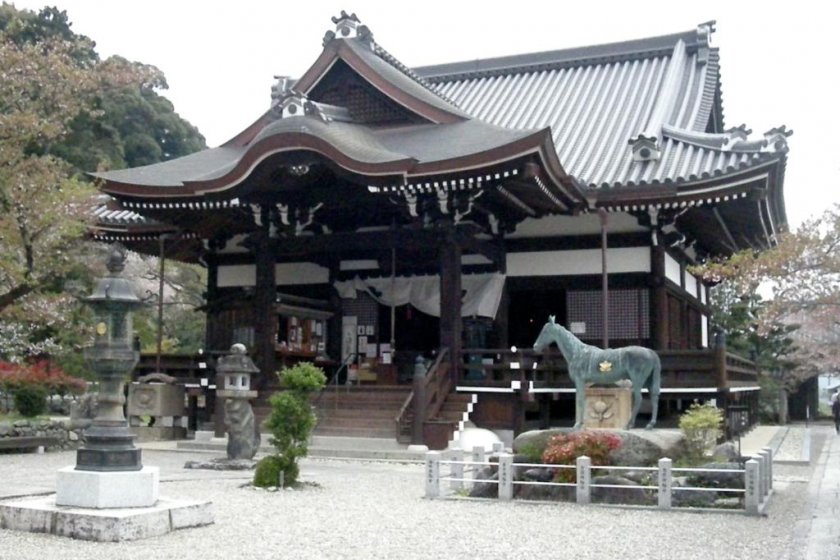 Tachibana-dera (Tachibana Temple) is a temple of the Tendai sect of Buddhism that was built in Asuka Village in the time of Shōtoku Taishi [574-622]. The principal objects of worship are the oldest wooden statue of Prince Shōtoku [Shotoko Taishi] and a wooden statue of Nyoirin Kanon [Goddess of Mercy] that dates from the early Heian Period [794- 1185].

The name Tachibana comes from a type of mandarin orange considered as the fruit of immortality in ancient times. The Kojiki [712] relates the tale of Tajima-no-mori, an aide to the legendary Emperor Suinin [29 B.C.E-70 C.E.] who was sent in search of this fruit. The fruit’s name became the keepsake of this temple, which was reportedly transplanted in the region of Asuka. A statue of Tajima is enshrined in the Temple.

Shōtoku Taishi was reportedly born in the neighborhood of Tachibana temple and this temple was one of the 7 Great Temples erected under his direction during his lifetime. He was a regent, politician, philosopher and religious evangelist of the Asuka period who is credited with stabilizing the fledgling government and contributing to the establishment and spread of Buddhism in Japan. In 603 he created a governmental twelve-level hat ranking system that awarded government officials positions according to ability.  In the following year, 604, he authored a seventeen-article Constitution that stressed the importance of morals and virtues of those officials running the state. It also promulgated the harmonious acceptance of Buddhism, Shinto, and Confucianism values, including loyalty to the emperor.

In front of the temple is a bronze statue of a horse named Kurokoma [Black Pegasus] who was the beloved horse that Shōtōku Taishi used to ride to various localities to spread the word of Buddhism. It was also said the Prince often rode this horse to Ikaruga (Hōryū-ji Temple) and that the horse had miraculous powers, including the ability to fly. With Shōtoku Taishi on his back, Kurokoma flew for three days and around the country, never tiring. Shōtoku Taishi left a stone memorial to the horse, which the great Buddhist monk Kōbō Daishi [774-835] later commented on during his trip to Tachibana Temple.

Throughout its long history Tachibana temple has undergone different manifestations. It was built by Shōtoku Taishi in 606.  Later that century in  680, when it was used as a Buddhist nunnery, it was destroyed by a fire.  In 756 and 827 Buddhist statues were presented to the temple by emperors, and it was used as an imperial family temple until the Kamakura period [1185-1333]. There was a fire that destroyed its five-storied pagoda in 1148 and yet another fire struck in 1506.  From 1661-72 only the Lecture Hall containing the oldest statue of Prince Shōtoku (age 35) remained. Foundation stones of the pagoda and buildings are all that remain from the Asuka period. The present building dates to the Edo period, having been rebuilt in 1864.

Next to the main temple building one can see an Asuka period two-faced stone (nimenseki) carving of two human heads, representing good and evil.  Set in the back of the temple complex is a shūzōko treasury house containing Important Culture Assets -- definitely worth visiting. 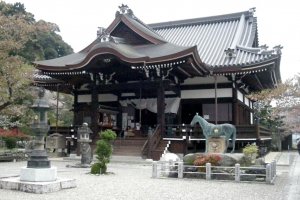 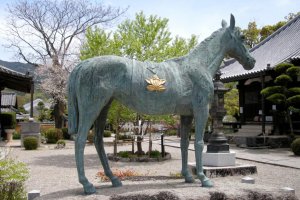 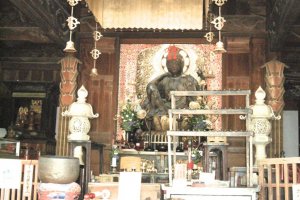