The sound and the fury

Each year on the last weekend in July the city of Matsumoto in Nagano Prefecture, the "city of music", already renowned for its historic castle, adds to its fame by hosting the raw and elegant sound and fury that is the annual Matsumoto Grand Taiko (the art of traditional Japanese drumming) Festival. The rhythmic pulse of the city can be heard and felt over two days and nights through the passion of the drummers and the depth of power of the drums which they strike. Taiko groups from all over Japan come to Matsumoto to participate in the festival, which takes place throughout the city and within the grounds of Matsumoto castle.

The festival comprises, in addition to the castle, of multiple open air designated areas in different parts of the city, which play host to multiple taiko performances during the afternoon starting from 1:30pm. With groups from various parts of Japan performing, it is a pleasure to see the differences in regional styles as well as fluid combinations of showmanship and technical proficiency. Some groups are tremendously well drilled teams, while others are passionate community groups made up of kids, mums & dads, and grandparents. Regardless of their age or experience, all performers and performances are filled with the special precision, grace and passion unique to taiko. Each performance is an event in itself and all applause and words of congratulation are humbly received by the performers.

At 5:30pm, as the day gets longer and the sun begins to set, the festivities move to the main event stage inside Matsumoto Castle. No fee is charged and no ticket is required. A raised stage is constructed in the shadow of the castle where the performances take place from 5:30pm until approximately 9:00pm. An area of approximately 25m from the front of the stage is neatly divided into free-seating areas on the lawn. There is plenty of room to relax and get a good view of the stage and the castle. Beyond the lawn seating is a section of individual outdoor chairs organised into a gallery for those with difficulty sitting on the floor.

The atmosphere is wonderful. Young and old alike sit mesmerised, captivated by the intricacies of each performance, some of which take on a theatrical element with vibrant costumes and singing. Even the youngest of performers, of primary school age, hold themselves with great character and commitment to the performance. Moreover, as the sun sinks lower, pastel reds and oranges are thrown across the summer sky and clouds, and create an unreal effect as they are projected upon and contrasted with the famous white and black surfaces of the castle. Perhaps only if you are particularly sentimental, but at this time it is difficult not to appreciate the weight of history and marvel at the impressive visual and aural intersection of Japanese history and culture.

The programme begins with individual groups giving 2 or 3 performances each, building up throughout the evening. The penultimate performance is reserved for a professional taiko group (this year: Kodō (鼓童)) to take the stage and, as part of their showmanship, bring the performance into the crowd. The finale can only be described as a taiko tour de force with all groups joining each other on stage for a combined performance of raw power that exceeds even the wildest expectations. A blur of hands and drums from start to finish, each performer exhausts themselves in a union of fierce passion, rigour and enjoyment in the final performance of the night, which leaves the audience in an equal state of breathlessness. If you're lucky you might even be able to also catch a glimpse of summer fireworks in the distant night sky to cap off a special evening.

All the groups reassemble the next day, with a slight change, to repeat their sensational efforts. The groups are rotated so that those who performed in the castle during the previous evening will perform in the city's open-air areas and vice versa.

In its mythological origin story, taiko is said to have been born when the Shinto goddess Ame-no-Uzume danced wildly atop an empty sake barrel. An experience not to be missed, the festival and its historical setting within Japan's second oldest extant castle will certainly have you dancing to the beat of a different (taiko) drum. 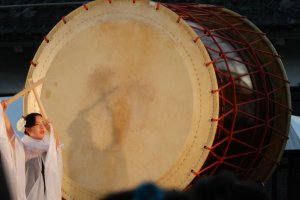 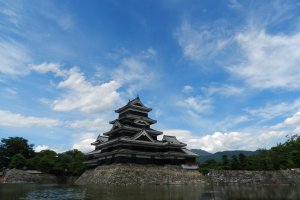 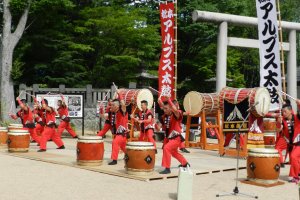 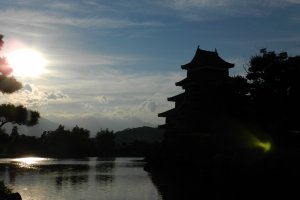 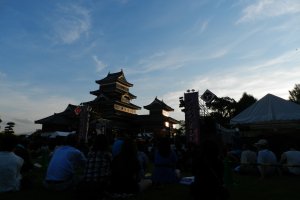 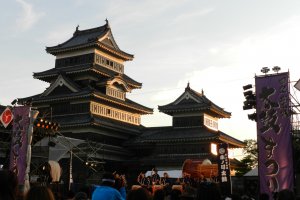 Jihad Mahmoud 5 years ago
I would love to be there this July!
Reply Show all 0 replies

Elena Lisina 5 years ago
I'd like to watch that festival!
Reply Show all 0 replies

Mandy Bartok 6 years ago
This is definitely going on my list for next year!
Reply Show all 0 replies
4 comments in total