Kami-Kitayama-mura in southeast Nara Prefecture has acres, hectares and uninterrupted square miles of unsullied mountain, valley and river nature and a population of between just 500 and 600 people. For a tiny rural village, though, Kami-Kitayama-mura does know how to hold a big event.

Making use of the mountainous Odaigahara area and the roads that access it, Kami-Kitayama-mura has held the Odaigahara Hill Climb Bike Race every September since 2001.

With a 28 kilometer (~17.5 mile) course that climbs 1240 meters (~4067 feet) over the middle 8 kilometer (5 mile) stretch, a finish line at nearly 1600 meters (a full mile) in elevation, and time limits established for completing the event (and each section of the course), the Odaigahara Hill Climb draws so many people that the organizers have to cap participation at 800. The participation of a small number of foreign riders in recent years inspired Kami-Kitayama-mura to give the event a more international feel.

To encourage the participation of more foreign riders, Kami-Kitayama-mura has created an English page on the website for the Odaigahara Hill Climb and offers special perks to foreign participants.

The burning in my legs throbbed and faded with every pedal stroke. After a short walking and water break I settled back into the pace I knew I could maintain for the remainder of the Odaigahara Hill Climb’s punishing 8km Geki-zaka hill climb section. The road narrowed and disappeared into a stand of cedar trees, but I could see that the slope slackened and perhaps leveled out. I stood up and pedaled harder and climbed to the trees. The road did level out, and not only that, there was a stretch of downhill before the next short slope. Elation burst from within, I had reached the top of the Geki-zaka! The hardest part of the Odaigahara Hill Climb was behind me. Energy surged without my having to command it and I pedaled hard to pick up speed down the short slope. Pain erupted suddenly, a muscle spasm in my left calf, nearly causing me to tip over and fall off the bike as I struggled to unclick my foot from the pedal, scrub the speed I’d just built up and avoid crashing into the trees.

My Japanese is quite strong, but there was enough written information in English and a native English speaker on hand at the reception and sign in event in Kami-Kitayama-mura the day before the race. The friendliness of the staff and a festival food stall lent the sign in venue a festival feel. English disappeared completely from the events at the starting zone the evening before the race, but the full on Japanese mountain festival that took place made up for that. Live music performed by a band from Osaka and a talk/comedy show performed by local women and minor celebrities from the Kansai area were the evening’s entertainment. Deer and wild boar meat, along with the usual festival favorites were provided by the food stall (race participants received a ￥500 food coupon to use at the stand), and a fireworks display completed the night’s events.

The events of the Odaigahara Hill Climb start early in the morning with rider check-in and baggage-storage beginning at 5:30am, and assembling on the starting grid beginning at 6:10. The riders are divided into 6 classes (Champion, Mountain Bike, Ladies, Couples, Regular Road and Kids) and 8 groups (Champion; MTB, Ladies and Couples; Regular Road Groups 1-5; and Kids), and each group is given the “Go” in 2 minute intervals starting at 7 o’clock.

The first 10 kilometers along the mostly flat Kotochi River were easy, and the morning light shining through the mist and bouncing off the trees and river was beautiful. The going got brutal from the start of the Geki-zaka, the 8 kilometer long, 9.3% average grade mountain climb in the middle of the course. The organizers of the Odaigahara Hill Climb place a number of rehydration and aid stations along the course but the spacing places them near the top of the Geki-zaka and along the final 10.5 kilometer stretch to the goal. Having at least one further down the Geki-zaka could make the climb much easier. Once riders reach the top of the Geki-zaka there’s a 10.5 kilometer run along undulating Odaigahara Driveway to the top of the slope above the Odaigahara Parking lot. There are a few very fast downhill bits near the top of the Geki-zaka and along the Odaigahara Driveway but the race is an uphill battle and all the more rewarding for it. The prospect of running the race was daunting to me at first and I was fairly certain I wasn’t going to enjoy it, but the sense of accomplishment at succeeding and the “runner’s high” the event left me with were well worth it. My only regret is that I have to wait till next year to run the race again! Got what it takes to challenge a mountain? Happy travels! 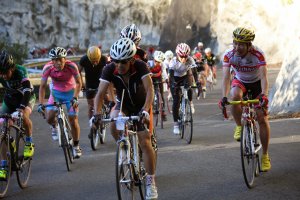 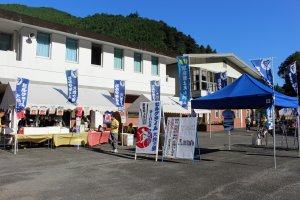 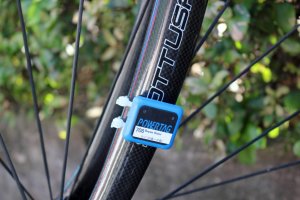 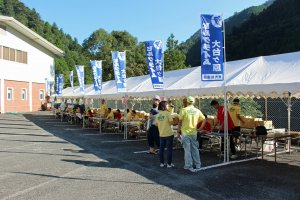 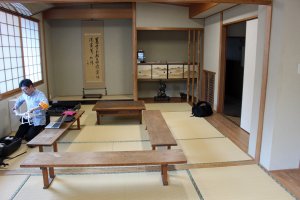 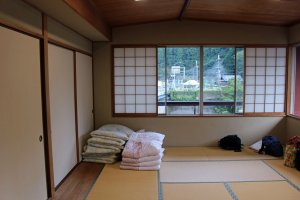