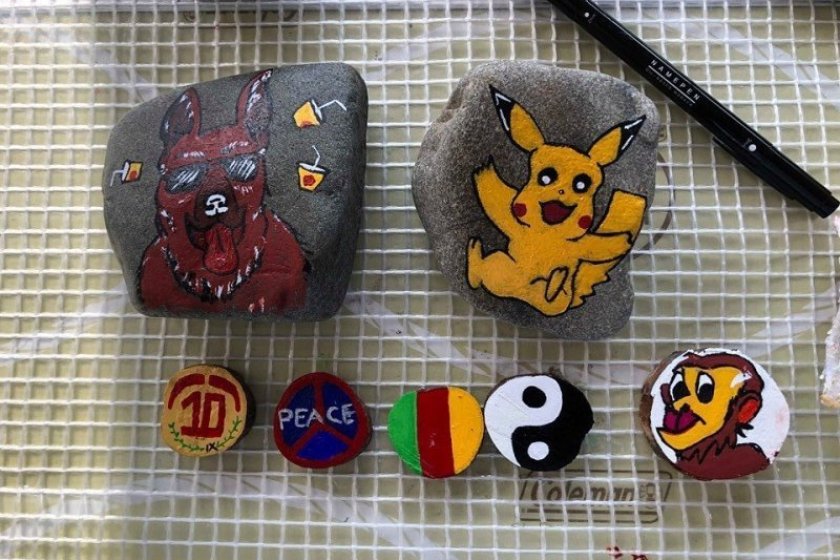 A summer workshop in Echigo Yuzawa

We could draw our own favorite characters!

At the workshop, I came to know that owaraji were the traditional straw sandals used in Japan, hand woven using rice straw. The sandals also consisted of ties made from the same material to attach the woven sole to the feet. These shoes were very useful because they had ease of mobility. Common people as well as samurai used these sandals. Small pebbles and mud from the roads are used to fill the holes in the sole of these shoes, which helps maintain their long lifespan. Records show that the Japanese people used to wear these woven straw sandals regularly from the 9th century through to the 20th century.

In contemporary Japan, I understood that owaraji still have a very important role in Japanese tradition and culture. Japanese people believed that in order for a person to eat, they needed to work. Similarly, for a person to work, they needed to have strong legs to complete manual labor tasks. Owaraji have begun to be considered as a symbol for healthy legs, and they have even been the content of prayers, with many festivals in Japan dedicated to honoring owaraji. They are an important part of Japanese culture and tradition.

At Kanban Khawarano Omisey, the sandals we made were woven from a plastic/synthetic rope instead of rice straw. The main reason for this was that the rice straw rope would take extra time to be woven and it also would not be as strong for the first timers and especially children. To make the sandals was a really difficult and lengthy process. For me, it was really complicated in the beginning but the instructions and help provided by the staff of the workshop quickly made me understand the essential steps to make one. Eventually, I was able to make one within an hour.

After creating my own owaraji, I tried stone painting. I came to know that it was one of the most famous and most enjoyed summer activities of Japanese people. Japanese people enjoyed stone painting because they were able to draw figures and characters from their favorite anime or manga. I was also very glad to be able to play with different colors. There were also lots of beautiful picture examples in stones people had already drawn. It motivated me to imagine and from a simple stone, I was able to imagine lots of potential figures. It really made me think.

There were also lots of other activities provided using these painted stones. A treasure hunt (takara-sagashi) was one of the games played from these painted stones that I enjoyed the most. It was easier for me to understand the rules because I felt it was similar to other treasure hunting games, but with the twist of using the exciting figures from our stone arts. We were divided into two groups and were assigned to search for stones with different figures on them. The team's points were calculated according finding certain stone figures, which included common animals and birds in Yuzawa. 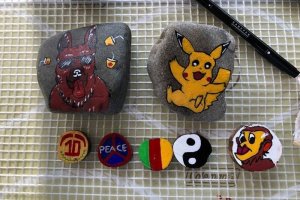 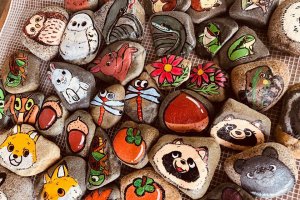 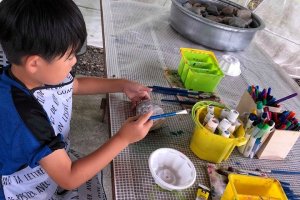 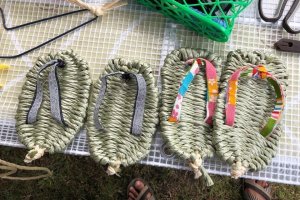 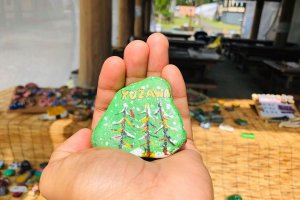 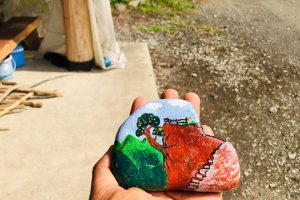