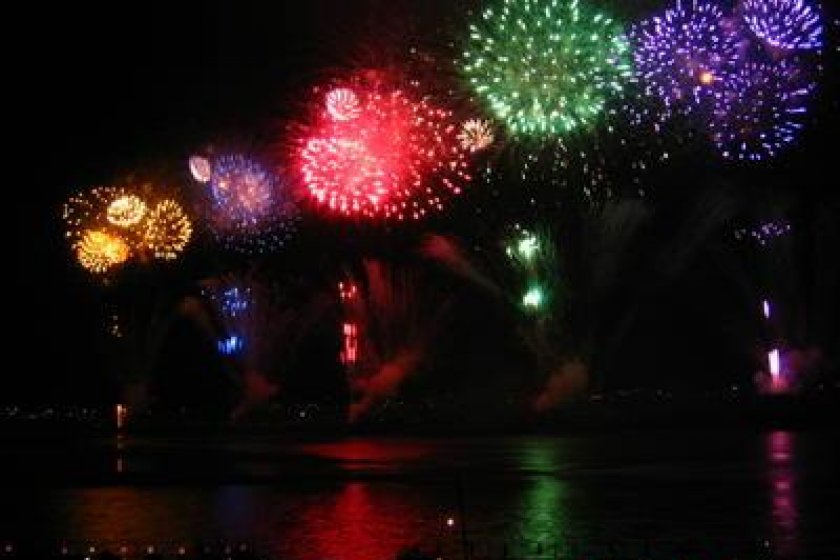 Firework festivals are associated with summer here in Japan and Niigata’s top offering in this category is the Nagaoka Fireworks Festival at the start of August each year. It is part of a 3 day city-wide matsuri that will take place on 1st, 2nd, and 3rd August 2012 with the main fireworks scheduled for 2nd and 3rd. There are other festival events going on but the fireworks alone are worth the trip.

This is a far cry from the firework displays of my youth. The Japanese take their firework displays seriously and as such they are stunning affairs. The fireworks light up the night sky with noisy explosions that you can almost feel. The Nagaoka fireworks take place over a river, with spectators seated on either bank, and the artillery being launched from a small spit of land in the middle. It is the highlight of the year in the city and people go to great lengths to stake out their part of the riverside with blue sheets. Sitting around with friends and family, enjoying food and drink as the heat of the day subsides is how most people spend their evening, waiting for the dark to fall and the main event to kick off. You can pay to enter certain parts of the river bank or there are free seating areas if you just turn up. It is always very crowded though, so getting there early is a good idea. Anticipation mounts as lighting up time gets closer. There are plenty of food stalls serving the festival staples or a large supermarket nearby if you need to provision. There are lots of people strolling around in colourful yukata and fans are very much de rigueur.

People come from all over to see this display and the city is very proud of their pyrotechnics. Throughout the year there are donation boxes around town where citizens can contribute to the Phoenix which is the grand finale to the event.

One of the most impressive sights is when the MC gets people on each bank to light up their phone screens and wave to the spectators on the opposite bank. A sea of bobbing lights in the dark makes you realise how many people are actually there. The other fact that never ceases to amaze me is that, even with the crowd of thousands all eating and drinking, as people file home after the show is over there is hardly a scrap of litter in sight on the river banks. Last year the two nights of fireworks averaged 400,000 spectators each night – that’s a lot of rubbish. 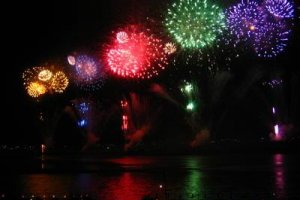 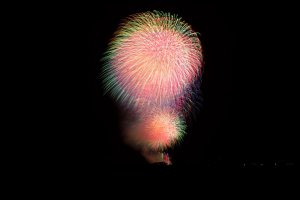 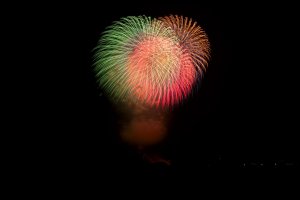 Novia Mardasari a year ago
What time the firework event start?
Reply Show all 0 replies

Rufus Starbuck Author 5 years ago
Definitely worth a visit if you are looking for a first class Japanese firework event.