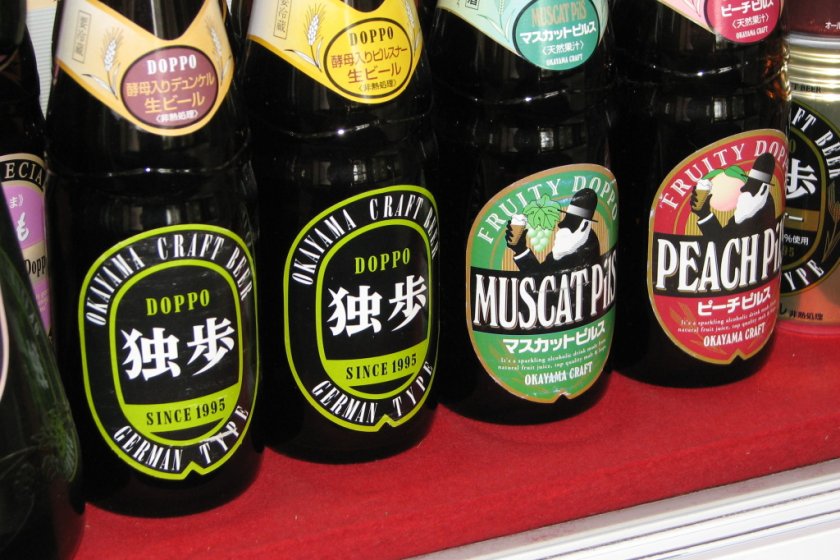 A unique collection of beer flavors that will surprise!

This is one of Okayama Prefecture's well known local brands. You can buy it in nearly all major outlets in Okayama Prefecture. It can also be bought at Okayama airport for that last minute gift buying or if you need a beer to get you through a flight, but either way it’s worth it. If you have the time, it’s a nice idea if you can stop by the brewery and check out this very old alcohol maker, which is conveniently located next to the Asahi River in downtown Okayama City.

Originally located in Tamano City, the owners of Doppo Beer (Miyashita Sake Brewery) moved to central Okayama over 80 years ago. This is an impressive brewery which has spared no expense in up-dating its facilities to help it move into different types of brewing from sake to beer to liquors.

When I went to visit the brewery, I was a little apprehensive because I am was not very much of a beer drinker. Actually, my business partner, who is a bit of a beer connoisseur, was planning to go but something happened and I had to fill in on this interview. Yes, this may seem strange for those of you who have come across Kiwis either during their travels around the world or in New Zealand, as we do have a bit of a reputation for being beer drinkers but I did not inherit this Kiwi trait.

I arrived in the morning and, as I walked into the entrance of the main office, could see a huge glass display cabinet filled with all the different types of sake, beers and liquors they make. What caught my eye was the chocolate beer, which I was told is a favorite during Valentine's Day and White Day. I was then introduced to the owner of this family business and then the son appeared to show me around the brewery. After about an hour of walking around and each process being explained I was left with a better understanding on sake, beer and liquors. I also now have a better appreciation of the craft of brewing thanks to Doppo Beer.

Once you have tried from Doppo Beers vast selection you won’t want to drink anything else. They almost literally have a beer made for everyone’s taste buds. 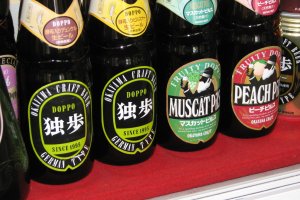 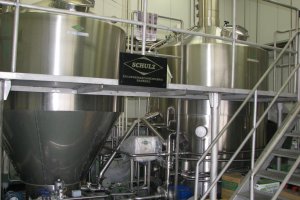 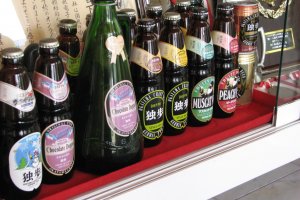