Experience a unique ceremony of divination at this majestic shrine

During a visit of the Okayama region, it would be almost impossible for you to escape the story of Momotaro, a boy born inside a giant peach and who united with a dog, a monkey, and a pheasant to battle an ogre. But did you know that this tale is itself inspired by another myth, that of Ura, who is directly linked to the construction of the Kibitsujinja Shrine?

With still many ties to the legend of Ura and the prince Kibitsuhiko no mikoto, the Kibitsujinja Shrine offers its visitors surely unprecedented and exotic experience. For a fee, it is possible to take part in a ceremony during which you’ll learn if your wish is to be granted. In order to do this, an employee of the sanctuary will ask you what you wish and will write it, along with your name, on a wooden plate. You will then follow him to a small building away from the main shrine. During this divination ritual, known as Narukama shinji, in which a non-Japanese speaker will not understand much, a sound will come out of a kind of cauldron. It is up to you to feel and interpret it in your own way. The language barrier is therefore not a big issue in the end. Small detail - it is said that Ura’s head is buried under the cauldron. With that in mind, it may be hard to focus on the sound!

In addition to this rite, the Kibitsujinja Shrine is characterized by its main building with a double roof, the only remaining example of this model of architecture is named Kibitsu-zukuri. Like many buildings in Japan, unfortunately damaged throughout its long history, the one that can be seen today is classified as a national treasure and dates back to 1425.

For my part, the culmination of the visit was the long corridor covered with a wooden roof, which follows most of the site. Measuring at almost 360-meter long, it is the longest in Japan within a sanctuary. This impressive pathway connects the different parts of the site. By following one of the exits further down, you can reach the charming shrine bordered by a small lake located on the other side of the road, so as to end your visit on a beautiful note. 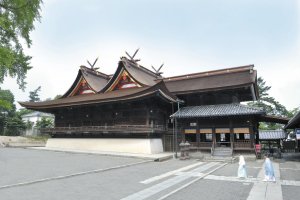 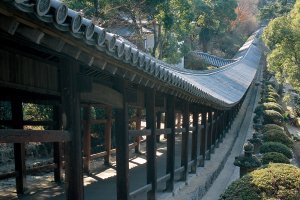 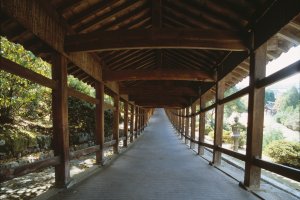 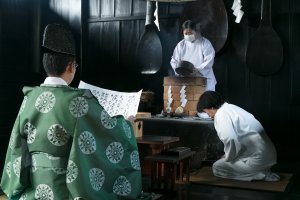 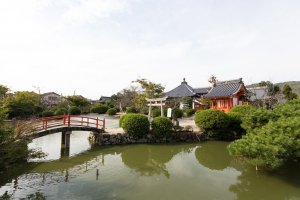 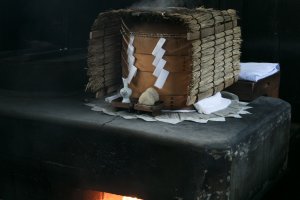