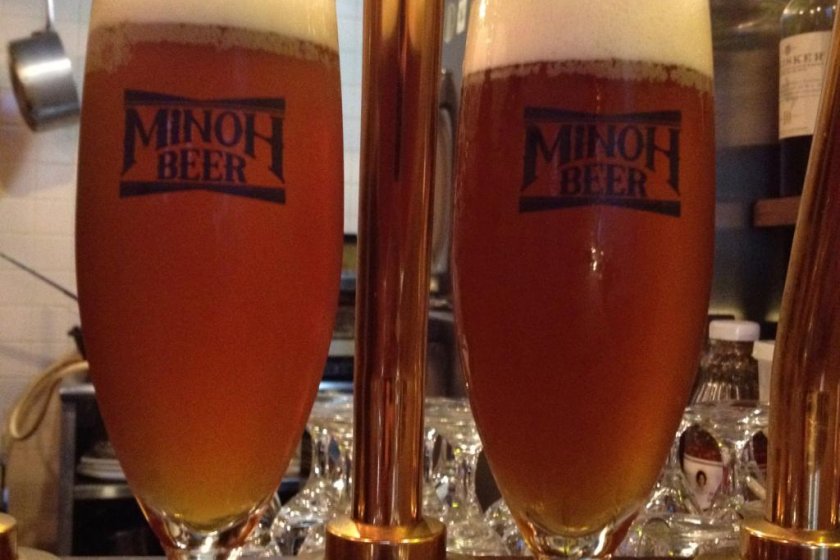 On a recent trip to Osaka, we were thrilled to find Beer Belly, a pub associated with Minoh Brewery.

In a comfortable, relaxing pub atmosphere we sampled a variety of craft beers from Minoh and other Japanese micro-breweries, ate some great food, and had a respite from an unexpected, violent August downpour. Inside, Beer Belly was inviting and dry, and we cozied up to the bar thrilled to sample some of Japan’s most renowned craft beers.

Minoh brewery was founded in 1997 when a successful liquor store owner named Ohshita wanted to branch out his business, and established Minoh to be run by his three daughters. And, this is no mere gimmick. The Ohshita sisters put out some incredibly tasty beer that has been winning many Japanese and International awards.

One of the unexpected treats at Beer Belly was that they were serving two “real ales” or cask conditioned ales. A cask conditioned ale is one that is transferred to the keg or cask while the process of fermentation is still in process. No extra carbon dioxide or other propellant is used to push the beer out of the keg, so the body and foaming of the ale is all derived from the action of the living yeast in the cask. We tried them both. The Minoh Real Ale Stout is black in color, smooth in the mouth, with mild roasted malt flavors and is rich without being heavy in body. The Minoh Ume (Sour Plum) Real Ale was tart, clear, a little sweet and nice and refreshing. It is an excellent summery fruit beer.

In addition to the two real ales, Beer Belly serves 13 other rotating beers on tap, with about half of those spots for guest beers. One of the standouts was Shiga Kogen (Nagano Prefecture) Brewery’s House IPA. The IPA is brewed with hops from Hokkaido. It has a light golden caramel color, is slightly cloudy, and a mild hoppy aroma redolent of light dry hopping. The flavor has good balance between hoppy bitterness, and slight roasted nuttiness. We also tried Minoh’s Sansho Pale Ale which is brewed with coriander and sansho, a Japanese herb related to szechuan pepper. It is a golden colored pale ale, with a nice hop profile, some citrus notes, and curious tongue numbing properties from the sansho. Finally, the Minoh W-IPA is a double IPA with a rich caramel color, good malt/hop balance, and at 9% alcohol delivers a deceiving kick in the pants.

It’s a good thing we ate some of their delicious food, or we would have never made it back to our hotel. The karaage (fried chicken) is unique in that it is seasoned with salted hops. The shrimp ajillo is cooked in a cast iron skillet with olive oil and garlic and served with a crusty French bread. Some of the other food that came out of the kitchen that looked amazing included bangers and mash, Serrano ham, and Stout roasted beef.

In addition to Minoh brewery, there are two Beer Belly locations, and they run an Izakaya located near the brewery. 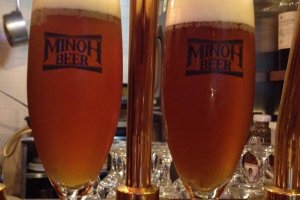 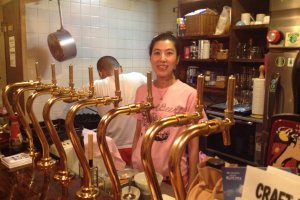 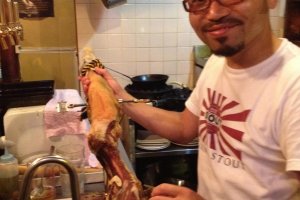 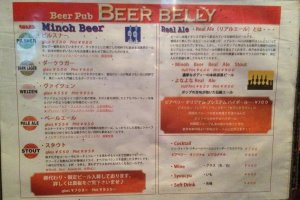 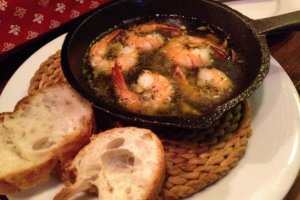 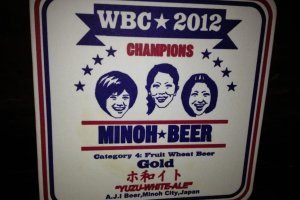 James Holford 9 years ago
A watering hole that finally tells it like it is. Glad knowing you were not too underfed to not make it back.
Reply Show all 0 replies
1 comment in total