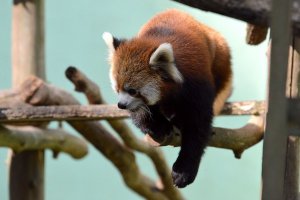 The Chiba Zoological Garden, which first opened in April 1985, is about halfway between Tokyo and Narita, just outside the city of Chiba. It consists of 7 zones. In the Zoological Hall you can find everything you need to get started: feeding plans and maps The zoo also focuses on different species that live in tropical rainforests (marmots, tropical birds, sloths, etc.).

The zoo's mascot is a red panda named Futa. Born on July 5, 2003, Futa became a visitor attraction and television celebrity in 2005 because he could stand upright on his hind feet for about ten seconds at a time.

You can also discover elephants, monkeys, giraffes, zebras, meerkats and many other species or visit the petting zoo.

A Big Steak and Some ‘Honky Tonk’

Giddy up! A honky tonk and steak bar in Chiba, Japan! #america #honkytonkinjapan

If you are walking around in Chiba area, don't forget to stop by the Halal Canteen at Kanda University. In addition to gre..

Chiba Port Tower is a tower located in Chiba Port Park, Chūō-ku, Chiba, Chiba Prefecture, Japan. It is 125.1 m tall and has four stories. It was bui..

Makuhari Messe is one of Japan's largest convention centers and is located in the Mihama district of Chiba City, near Tokyo. In addition to several..