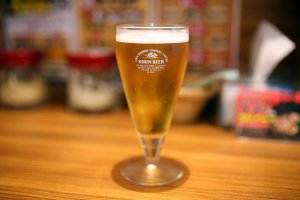 One of the most popular brands of beer in Japan, Kirin Brewery, was founded in Yokohama, Kanagawa. It is one of the top four breweries in Japan and opened a" "Kirin Village" ".

Kirin Brewery's tour facilities and shops that have been closed will be reopened, depending on the conditions of the area where the Brewery is located. The restaurant attached to the Brewery will also reopen gradually. Please visit the website for more information on each Brewery.

After opening the country to foreign trade, beer consumption began to flourish in Japan during the Meiji period (1868-1912), particularly in the international port city of Yokohama. The Kirin Brewery itself was founded in 1907 when two of the first breweries in the country decided to combine their operations.

The Kirin Brewery offers comprehensive tours for visitors to learn about the brewing process. Brewery tours last around 80 minutes and are usually conducted in Japanese, but an English guide may be available. The last twenty minutes of the tour consists of a free tasting that gives visitors a few beers and some snacks.

10-minute walk from Namamugi Station on the Keikyu Main Line.

15-minute walk from Shin-Koyasu Station on the JR Keihin-Tohoku Line.

If you are curious about Japanese beer and how it is manufactured, taking a Tasting Tour at Kirin Beer Village in Yokohama is a..

The Yokohama Bay Hotel Tokyu is located in the Minato Mirai 21 area of Yokohama.

The Royal Park Hotel is located on the upper of The Landmark Rower. Staying here will be an unforgettable memory of your travels..

The Shin-Yokohama Ramen Museum combines museum with foodcourt with ramen to create an educational and filling event. The museum opened in 1994 and is..

St. Marc Cafe national chain of coffee shops and bakeries: High-quality drinks as well as fresh and warm baked goods that are unbelievably..

Menba Hamatora (麺場浜虎) serves up several varieties of ramen at this hidden gem of a ramen shop just north of Yokohama station.

Rinko Park (臨港パーク) is a large green space on the eastern side of Minato Mirai, along the shore of Yokohama Bay and overlooking the Port of Yoko..

Yokohama Hammerhead is a multi-function complex that includes a mall, hotel and cruise pier. The facility is a short walk from Bashamichi Station near..

The Interactive Instant Noodle Museum (“ Cup Noodles Museum ”) in Yokohama is dedicated to instant noodles and cup noodles. The museum was opened..