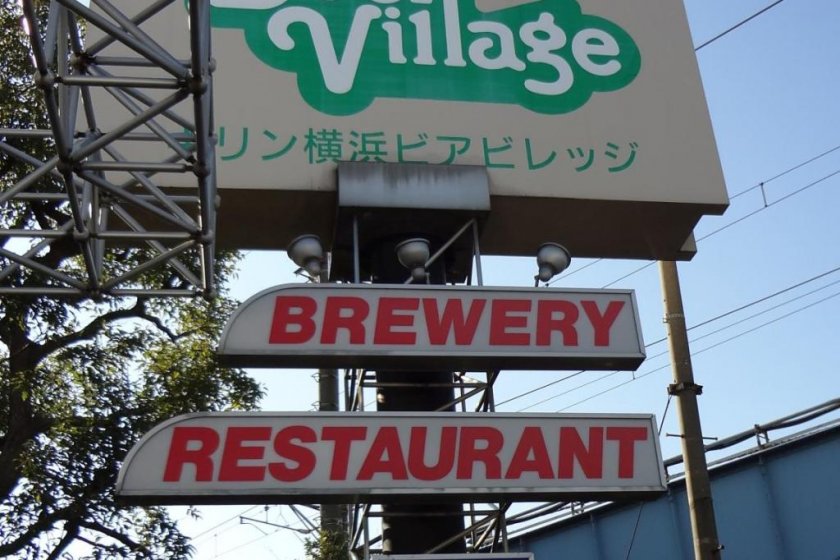 Kirin Beer Village in Yokohama is a 7-minute walk from Nama-mugi Station on the Keihin-Kyuko line. The tours are given to groups of between two to 100 people every 30 minutes, starting at 10 AM and finishing at 4:30 PM.

Kirin Brewery's tour facilities and shops that have been closed will be reopened, depending on the conditions of the area where the Brewery is located. The restaurant attached to the Brewery will also reopen gradually. Please visit the website for more information on each Brewery.

Did you know that beer—not sake—is now the most popular alcoholic drink in Japan? Beer was first brewed in Japan in 1869 in Yokohama. At that time, William Copeland, a Norwegian-American, established Spring Valley Brewery and started to manufacture beer at Yamate 123 (now the location of the Kitakata Elementary School). Kirin took over the brewery and has been expanding its business ever since—first in Japan, and now on a worldwide basis.

Kirin Yokohama Beer Village is one of nine factories of the Japan Kirin Group (Chitose, Sendai, Toride, Yokohama, Nagoya, Shiga, Kobe, Okayama, and Fukuoka). All of the factories offer free tour-and-tastings that last around 60 minutes. Kirin Beer Village in Yokohama is a 7-minute walk from Nama-mugi Station on the Keihin-Kyuko line. The tours are given to groups of between two to 100 people every 30 minutes, starting at 10 AM and finishing at 4:30 PM.

A Tour of the Beer Factory

The tour, led by a guide, winds its way around parts of the factory, offering views from above through observation windows of various parts of the manufacturing process. As you watch, thousands of cans and bottles of beer go shooting through factory machines at incredibly high speeds! According to the guide, 2000 cans of beer are filled and packed each and every minute. Near the end of the tour, a series of panels of Kirin’s history are on display.

After about 50 minutes (It was a bit tiring but fun…Whew!) we finally reached the “tasting bar”. Here, you receive tickets that you exchange for three glasses of fresh beer—your choice. The selections on tap are “Ichiban-shibori”, “Lager”, and “Stout” (black beer). The malt really hit the spot, stimulating my nose and throat and refreshing me after the tour. Good timing!

As we had waited for the tour to begin, an old man who looked like he was accustomed to taking the tour, was sitting next to me. Throughout the tour, he followed the group, always at the back. He was quiet and seemed to be in his own world, not listening much to the guide. But as we neared the end of the tour, he suddenly shot to the front of our group and grabbed a glass of beer very quickly. He sat down and quickly drank his beer, with GREAT relish! My husband and I got three different glasses of beer and tried them one by one. We both preferred the “Ichiban-shibori” to the other two, because of its clear taste. I also got two kinds of soft drinks, so my husband gave the remainder of our beer to the old man. He smiled and said, “Thank you! I come here EVERY DAY! I love it. It’s free!”

Kirin also offers a wine seminar. We participated in this seminar on another day. Kirin is famous for its beer, but like many brewers, it also sells other alcoholic beverages, such as whisky, brandy, spirits, wine, etc. The seminar focused on sparkling wine, and introduced the basics of wine, the knack of opening a bottle of sparkling wine, and how to taste it. We tasted six types of sparkling wine one after another. I loved the Pommery Brut Royal best! It was sooooo nice.

At the end of the seminar, the instructor introduced some new wine and he dropped the bottle on purpose. We were surprised but he smiled at us. He winked and said that Kirin’s newly invented plastic bottle was lighter and stronger than regular glass bottles, and it can also keep wine fresh for a longer period of time. This saves resources and energy, and is easily recycled.

If you are curious about Japanese beer and how it is manufactured, taking a tour at Kirin Beer Village in Yokohama is a lot of fun. AND…you can try three types of beer…FREE. You might like it so much that you go there everyday!

*Tours are operated from March to December, Tuesday through Sunday. 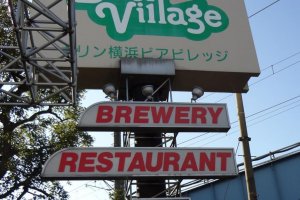 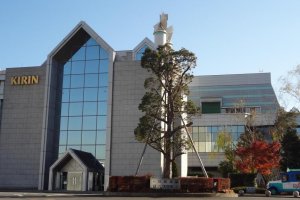 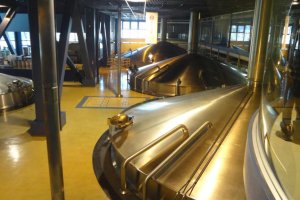 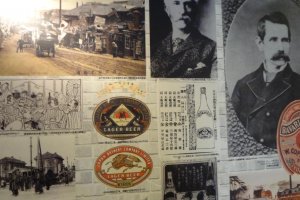 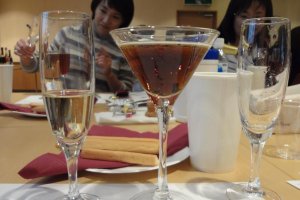 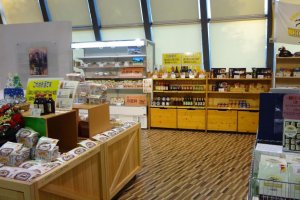 Victoria Vlisides 6 years ago
Yup! Have to go here...
Reply Show all 0 replies
1 comment in total