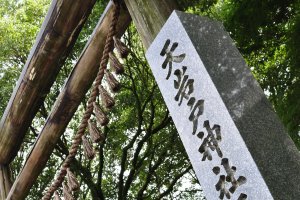 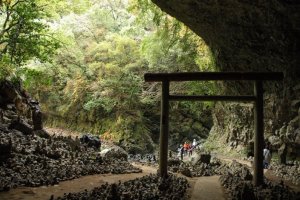 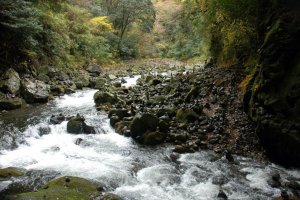 From the shrine grounds, you can see the fabled cave across the Iwato river. However, the cave itself is not open to visitors. Visitors can take a closer look at the cave from an observation deck near the shrine, which is only available upon prior request of a guided tour conducted in Japanese by one of the shrine priests. As this is a sacred site, you are required to purify yourself via a Shinto ritual beforehand.

Near the shrine grounds is Amano Yasukawara, a smaller shrine located within a different cave. This was allegedly the cave where the other deities met to discuss how to lure Amaterasu out of hiding and return light to the world.

Amano Iwato Shrine in Takachiho is associated with the famous Japanese legend of the Sun Goddess Amaterasu hiding in a cave. Here..

Why not review more places in Miyazaki?

These traditional Kagura dances based on Japanese mythology are performed daily at Takachiho Shrine. The performance lasts 1 hour..

The Yokagura dances, a tradition passed down for hundreds of years. Gods and goddesses come to life!