Fall foliage light up at Shinrin Park in Saitama

Every year Shinrin Park, also known as the Musashi Kyuryo National Government Park, has three illumination displays. The first two are in Autumn and the third is in the December. The fall foliage light up is the middle illumination event which takes place annually after the Halloween illumination is finished.

The route from the central gate to the Urban Arboretum has light-up installations, some with art displays. The Urban Arboretum itself has beautiful illumination and the neighboring Kaide area has the main fall foliage lit up.

The nearest train station is Shinrinkoen station on the Tobu Tojo line which runs from Ikebukuro station in Tokyo. It takes about an hour on the train to the station and then about a ten minute ride on a bus. Please note they only put on night buses for the weekends (not weekdays) during the period of the illumination. On foot it takes more than 30 minutes to walk to the central gate from the station.

The nearest highway exit is Ranzan Ogawa interchange of the Kanetsu Expressway. Higashimatsuyama Interchange is also relatively close. Parking costs 500 yen for a day, but if you are only coming for the night illumination it is 300 yen. 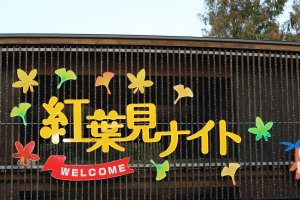 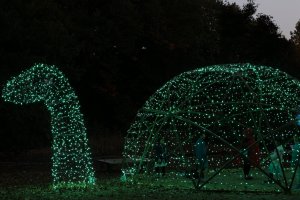 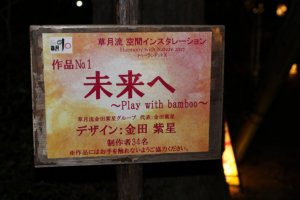 Sleiman Azizi 3 years ago
It's an adventure getting there. But you know, that's travel! Anyway, another plus for Saitama.
Reply Show all 2 replies

Lynda Hogan Author 3 years ago
Haha, yes! I am lucky it is relatively close to us. Actually heading out shortly to see this year's display!
Reply

Sleiman Azizi 3 years ago
As they say, enjoy!
Reply
3 comments in total