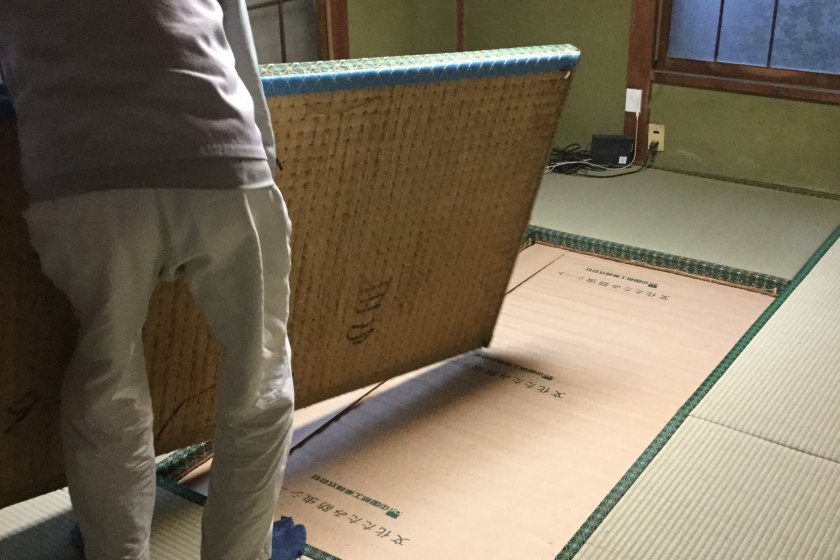 We live in a Japanese style house built sometime in the mid-Showa. When we moved in 8 years ago, the tatami mats were yellowed with age but we thought changing them would cost us a fortune so we simply bought a new goza (thin tatami sheet) to put on top of it.

Fast forward 8 years. We decided we've had enough of living on tatami mats so old no goza could mask the moldy smell underneath. Near our house is a tatami workshop run by Wada-san. We contracted him to update our rooms.

At first, we thought we had to buy everything new, including a new core. Surely, the core of ours, which is made from rice straw, must be disintegrating and bug-infested. Nowadays, there are cores made of polystyrene foam, which are cheaper and stronger than straw and do not attract bugs, but are too hard to sleep on. As we were contemplating which option to go with, Wada-san came over to our house, bounced a few times on our mats and pronounced the integrity of our straw mat core intact. "The core is usually made to last until the house needs to be demolished," he explained. He recommended that we simply change the omote, the outer face of the tatami to save money.

So that was what we did. We consulted him in his workshop. He showed us various grades of tatami. We can opt for something as cheap as ¥5,000 a mat, made in China, or go as expensive as ¥10,000 a mat, made in Kumamoto. The difference, he said, is in the length of the soft rush straw (called igusa). Igusa from China are harvested a month earlier so the straw is shorter, more fragile, and less durable. The surface of tatami from China is noticeably more uneven. The quick drying time in China reduces the elasticity of the tatami.

On the other hand, tatami from Kumamoto meets the most stringent Japanese standards and are therefore more even, stronger, more elastic and durable, and ages beautifully. For rooms that are heavily used and with greater foot traffic, this is recommended. We opted for the ¥9,000 Kumamoto tatami. Wada-san had us choose the design for the edge. He had a variety of brocade to choose from. We selected a green one to match our walls.

To be continued in Anatomy of a Tatami Room 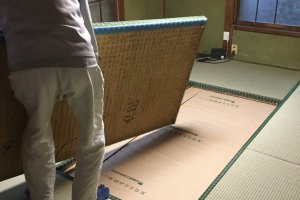 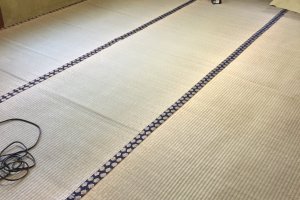 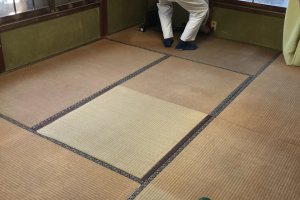