I was lost in Miidera, a significant temple in Holy Land Otsu, muddled by the map and a few crossroads, unsure which possible turnings to take. A road not taken might mean a shrine not seen!

The 14th Shrine of the 33 Kannon Pilgrimage in Otsu simply eluded me. The directions had seemed clear. From the Miidera Station, turn left. Walk straight ahead. Who could go wrong? I did. I took the first road in front of me. I should have crossed over the river for the bigger road on the other side - I think.

So. At the end of the road, I mistakenly leaped at a Shinto shrine thinking it must be one of the accompaniments to the main Miidera shrine, and from there I could then make my way. Wrong.

No other signs were visible, but walking around found me an entrance. I followed the guard’s directions and followed some steep steps, passing a temple on the way, but who knows what it was. The map and I had parted ways already.

I continued with the steep steps to a forested trail thickly carpeted by untrod leaves. A sure sign you are off course. Down I trudged again, this time asking the guard specifically for the Tori Gate entrance and Niemon. Without blinking he told me it was actually just around the corner. And so it was.

Whoever directed me to Miidera was not wrong. I asked for Miidera, and Miidera is what I got. The entire area is Miidera. It is a huge complex of numerous shrines and holy sites. The paths there must all join up at some point. You just need to find that point.

Apart from the main shrines, there are many smaller holy sites and kami houses in between just to muddle you further. Two important temples are away from the main complex. I tried discreetly following a couple, but they were as muddled as I, walking up and down looking at their maps. Even worse, you think there is something you haven’t seen yet, but after walking for a bit to get there, you find you were there before!!!!

Being muddled was not an unpleasant experience. Looking for the place enabled me to romp around forests and 'feel the moment'. I saw some immaculate Kannon statues along the trails, and soulful wizened and ancient juzo popping up among beautiful trees and forests. And of course when I finally walked under the Torii, and stood before the centuries-old Niemon Gate, the reward of muddlement was joy. The complex makes for an interesting, worthy walkabout. Its temples form the head temple of the Tendaijimon Buddhist sect, making Miiidera a crucial link in the history of Buddhism in Japan.

I like entering shrines from the front, believing that walking under the Torii Gate blesses one. If you aren’t particular, any entrance will do I suppose. You just walk around and around and like life, one hopes, you will finally get there.

Miidera, with Enryakuji, Todaiji and Kofukuji in Nara, are the four largest temples in Japan, the protectors and spiritual guardians of the nation. You might also think of it as a tough cookie. Over the centuries it has survived fires and fights, each time rising from the ashes. Thus it has earned its nickname, Phoenix Temple. It is also known as Onjoji Temple, and it’s good to know this before you go, else you’ll be wondering if you are at the right place. 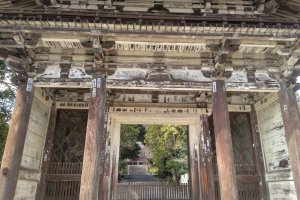 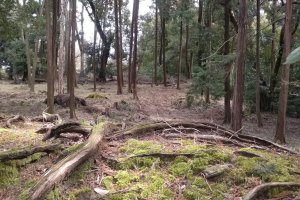 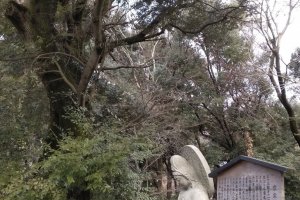 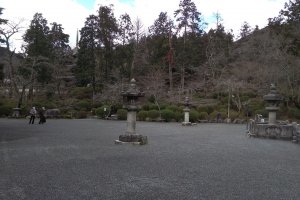 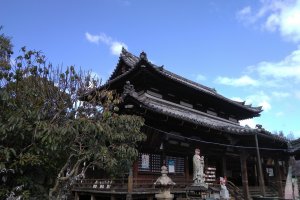 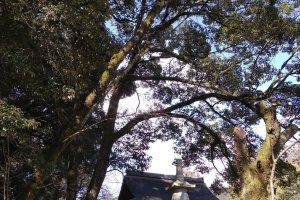