Being able to see the full process of tea making first-hand was always something I wanted to experience, and I finally got that opportunity at Yamakasho, in the Kawane region of Shizuoka Prefecture.

The Kawane tea region is one of the best green tea regions, not only in Japan, but in the world, and Yamakasho sits in the heart of it, at the head of the Oi River. The area is somewhat mountainous, so in old Japan, the emperor decided that this region would make tea, instead of the typical rice. During the Sengoku Era, the local area even boasted a castle! Over many years, the area went through a lot of change, but the one thing that persisted was the masterful tea plantations. The green tea culture here grew so much that it was one of the first regions to export green tea to trading countries prior to the Edo Era.

Upon arrival, you are greeted by the kind and generous owner, who also happens to be a master of tea production, having nearly half a century of experience under his belt. He patiently explains the production style of the region and its history, in addition to the various methods employed at this particular plantation.

Next is an opportunity to taste the tea produced here. Surprisingly, even though the color of the tea was rather transparent (a variety of Kawane sencha), it was full of vibrant flavor; perfect for an afternoon break, as you relax on the the swing benches or inside the traditional farm house.

Perhaps unique to this particular plantation, was the ability to tour the actual factory they use for the production of the tea after picking. The machines have signs with explanations, and depending on the season, you might even see them working full steam. Once processed, 60kg of picked tea leaf turns into 12kg of sencha!

The machines themselves are good at making quality tea in large quantities, but only a master knows how to maximize the flavor, which is why Yamakasho stands out over the rest. The quality of Yamakasho tea is so high, that it was selected to be gifted to the Emperor Norihito for his coronation at the start of the Reiwa Era (1st May 2019). The owner went on to explain that the selection of the plantation happens two years prior, and a team of people come to pick the leaves. The worry was that it was raining on the morning of the picking, but luckily it cleared up just prior to the team's arrival, and a successful crop was harvested for the Emperor. As a gesture of thanks, the Emperor gifted back this commendation post:

Slightly off topic, but do you see those propellers in the tea fields? You can see them in pretty much every tea field in Japan, and their purpose is to blow back down the rising hot air to stop the spring frost from damaging the new tea buds! This propeller system was invented in the Kawane region, and now is employed all over Japan, and internationally where the weather demands.

Back to the Emperor-grade tea... you can actually buy some from the same harvest in the small gift shop also on the property. They sell all things tea related, plus some extra bonus gifts for those wanting to find something special. I myself got some of their own afternoon black tea, because I'm a Brit and that's what we do!

A thoroughly enjoyable time here exploring the full production process of a working tea plantation, and enjoying its taste. Wholly recommended for any tea lovers, or those curious to see the process first-hand.

Train: Closest station is Aobe Station (about 15mins walk) on the Oigawa Line, which is roughly an hour up the Oi-river valley from Kanaya Station (JR Tokaido Line). 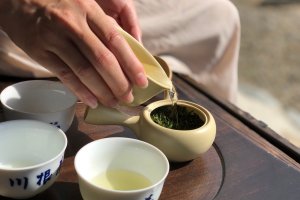 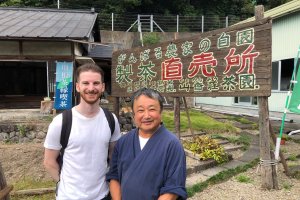 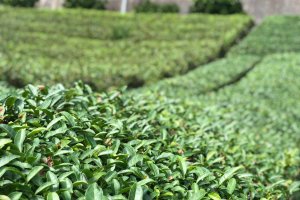 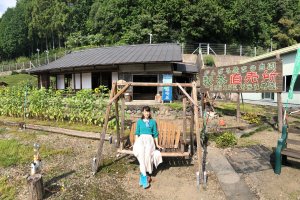 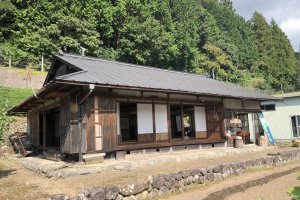 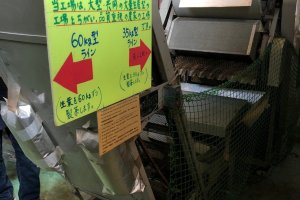 Kim 3 months ago
Learning about tea from someone with so much experience is such a gift!
Reply Show all 1 replies

Samuel Richards Author 3 months ago
Yeah, his insight was incredible. I wanted to chat with him for hours.
Reply
2 comments in total