The Eight Tea Regions of Shizuoka

Shizuoka Prefecture might be famous for its stunning views of Mount Fuji and the Suruga Bay, but did you know that it is Japan's largest producer of green tea, in both volume and quality?

The reality is that the green tea industry has been in decline for some years now; however, generations young and old in Shizuoka are uniting to revitalize this once thriving industry, turning it into one that continues to permeate modern life, both domestically and internationally.

There are eight major regions for green tea production in Shizuoka, five of them located in central Shizuoka, two in the west, and one in the east. Each one has its own unique history, culture, and production methodologies.

In the upper mountain area along the Oi River, Kawane Town produces some of the highest quality Green Tea in all of Japan. The local geography causes a high contrast between the daytime and nighttime temperatures, harmonizing in a crisp fog that lingers with the rich scent of green tea.

Situated in the high plateaus of Shizuoka, Makinohara boasts green tea plantations that stretch all the way to the horizon. The sheer expanse of this region crowns it as Japan's largest green tea region. The high plateau provides the tea plants with plentiful sunshine, which when deep steamed, creates a delicate sweet tea that is thoroughly enjoyed throughout Japan.

Pristine rivers and well-draining soil provide Shida with an unrivaled fresh environment which, when coupled with the large daily temperature swings, creates a flavor of green tea that is beyond rich. The Okabe district of this region is ranked as one of the three Gyokuro green tea production regions of Japan, along with Uji of Kyoto, and Yame of Fukuoka.

As the most historical of tea regions in Shizuoka, Honyama has continuously refined its production methods to create a truly refreshing tea; the perfect fix for any weary traveler. With the Abe river running through this region, a gentle fog descends upon the area, providing the tea plants with daily freshness.

Hosting both the Nihondaira and Okitsu rivers, the Shimizu tea plantations spread themselves all over to capitalize on this geographic gift. The result is a green tea that is uniquely deep in Umami.

Being found in the high mountain valleys, the Tenryu tea plantations are typically on the side of steep forest valleys. With limited sunlight, the harvest is one of the latest in Japan, but the slow growth results in a tea rich with complex yet gentle flavors.

A pioneering region in cultivation methods, Kakegawa produces around 10% of Shizuoka’s tea, and is both domestically and internationally recognized. Its cultivation method of laying cut grass between the tea plants during the autumnal months not only enhances the aroma of the tea, but protects the local wildlife.

The moist mountain air and plentiful sunshine provide conditions for the Fuji tea to be harvested earlier than most, during late spring. The tea gently infuses flavors that result in a light, creamy tea, with citrus notes.

It is fair to say that Shizuoka lives up to its tea making reputation, with a wide range of unique teas on offer. A perk of being situated within a simple Shinkansen ride from Tokyo or Nagoya, is that many of these plantations are set up to host visitors with tea picking experiences and on-site cafes. Expect a series of articles to follow, covering these regions and their local products.

Whether you’re inside Japan or reading this from overseas, be sure to check out the many online stores that offer Shizuoka Tea products to get taste of this legacy. Then be sure to put the eight tea states of Shizuoka on your travel wish-list, and come experience the homeplace of a global product!

Shizuoka hosts six of the stations along the Tokaido Shinkansen: Atami, Mishima, Shin-Fuji, Shizuoka, Kakegawa and Hamamatsu. From them you can reach each of the eight tea states via local trains and transport. 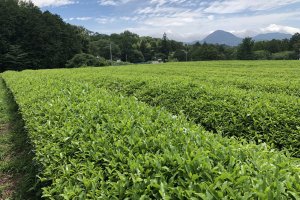 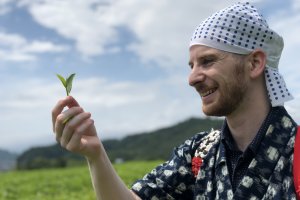 Kim B a week ago
My favorite spots are Fujieda, Mori, and Kakegawa for tea. Shizuoka is great!
Reply Show all 1 replies

Samuel Richards Author a week ago
we are very spoilt, that's for sure!
Reply

Elizabeth S 2 weeks ago
Kyoto may be famous internationally for its tea, but most of the tea I give as gifts are varieties from Shizuoka. Lately, Kakegawa is the area from which most of the teas come. So flavorful.
Reply Show all 1 replies

Samuel Richards Author 2 weeks ago
Awesome! I'm glad you're enjoying Shizuoka Tea! I hope more people will come to know how lovely it is! Kakegawa tea is exceptional, particularly as the home of Fukamushi-Sencha!
Reply
4 comments in total