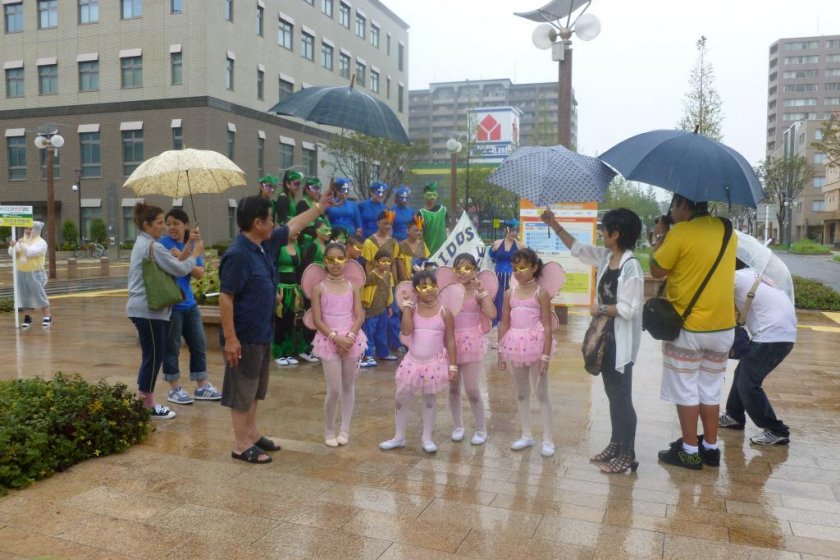 Rain or shine, it's samba time!

Hamamatsu Cup Festa Samba is a major samba contest between groups of Hamamatsu residents and professional samba schools from around Japan, held on the 4th Sunday in September. It is one of the last outdoor festivals of the year but probably one of the most vibrant. Hamamatsu is home to the largest Brazilian population (and foreign population) in Japan. The purpose of this contest is to celebrate this diverse population and promote cultural and international understanding. The event is heavily covered by the press and you may be approached to give your reaction to the contest!

This contest happens rain or shine and will only be called off if there is a typhoon, so be prepared to get wet or get burned! The event is held in the square along Act Dori, behind the Hotel Crown Palais (just outside JR Hamamatsu North exit), near the Shizuoka University art campus and Yamada Denki. If you head out the north JR Hamamatsu exit, turn right toward Act city, cross the road and turn left. Head to the Hotel Crown Palais and turn right, and keep walking until you pass an area where there are many buses parked. The road next to this area is Act Dori (it is signposted), walk up here till you reach the square in the middle where the festival takes place (or listen for the music!).

The morning is a samba contest between 8 local Hamamatsu samba groups. People young, old and in between form groups and dance along Act Dori in costume with various homemade props. At the end of each group dance, the members will usually pose for pictures, so you can check out their costumes up close and look at how cute the child dancers are! It is possible to enter your own team into this contest which has to be done at the beginning of August – Google for details. Afterwards there is judging and awarding of prizes.

There is a break for an hour where you can check out the food stalls selling ‘world foods’ and see some of the Samba groups relaxing.

In the afternoon is a contest between 8 professional samba schools from all over Japan. If you’ve ever wanted to go to Rio and see the carnival, this section will give a flavor of the atmosphere and spectacle it is. Groups who take part in this section regularly compete at samba contests held in Japan and all over the world. Some groups have floats and extravagant costumes and the quality of the dancing is something else. If you can only make half the day, aim for the afternoon. Again afterwards there is judging and awarding of prizes.

A tip for viewing - try to find a spot both the same side as the judges tent and the side nearest Act City/JR Hamamatsu. Some of the groups (especially the smaller ones) tend only to dance up to the judges tent and dance facing them. This can mean if you pick the wrong side, you only see them from a distance and only see the back of the dancers during the performance! 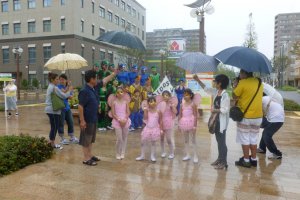 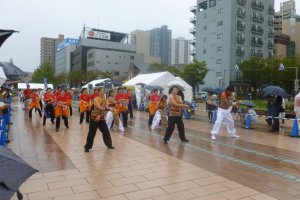 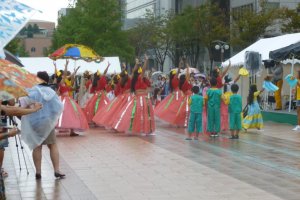