A triennial festival for the safe delivery of babies

Once every three years in October, people gather in the streets of Shimada to watch a colorful procession of people dressed as ancient lords carrying elaborate obi, traditional women's belts that are worn with kimono, in order to pray for the safe delivery of children. This festival, which has been held 108 times since 1696, is a lively event full of performers wearing festival robes who dance while pulling large decorated floats through the streets. It's described as one of the three most unusual festivals in japan due to the sabre dance which takes place.

The main event, however, is the lords' procession, which covers roughly 2km and lasts about 2 hours. Men and women dressed in traditional garb make their way through the town toward Oi Shrine to offer prayers for safe childbirth on behalf of women. The men carrying the obi are the most well-known part of the procession. These men carry large wooden swords strapped to their backs, from which hang the intricate obi which gave the festival its name. Along with the obi, the men wear black tops and expensive silk aprons which cover their front, but leave little of the back to the imagination.

The next Obi Festival will take place in the fall of 2022! 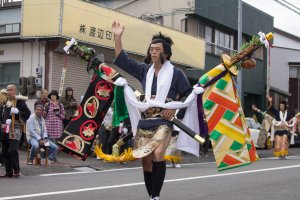 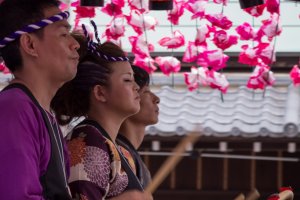 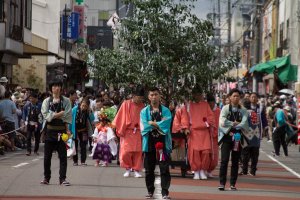 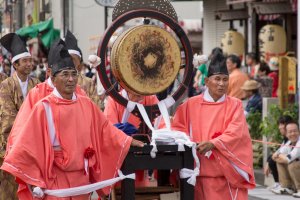 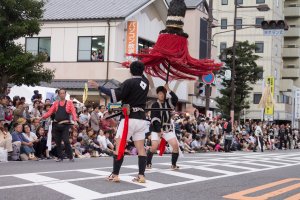 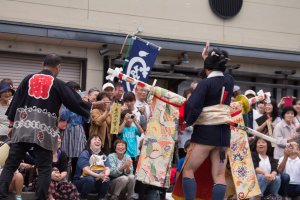 The next instance of this festival will take place in 2022.