The second day of our Nikko trip we headed to Kinugawa. I had watched an NHK program on Tobu World Square and wanted to see it for myself.

Tobu Park consists of 102 architectural structures from 21 countries on a 1/25 scale. The exhibit includes 46 buildings that are on the UNESCO World Heritage list.

We arrived at opening time just before the crowds. The impressive details of the exhibits are astounding with over 1 million lifelike characters added to make them all look so real. For example the Vatican has thousands of hand made little people with painted expressions on their faces that make you think you are wondering around Saint Peters Basilica with them. At the Tokyo Station exhibit there is a bullet train that stops at one of the platforms every few minutes and at Narita Airport you can see JAL and ANA jets taxing to Terminal Two.

The America exhibit included New York's Twin Towers, which brought back memories that can never be experienced again. The Empire State Building reminded me of a school trip where we rode the elevators to the top and looked out at the enormous New York skyline. On the same trip we were probably the last group that was allowed to climb the stairway up to the torch at the Statue of Liberty.

There were some exhibits that prompted me to place them on my bucket list, such as, Angkor Wat in Cambodia and Taipei 101 in Taiwan.

As a result of some of the Japan exhibits we began planning our trips for next year.

To properly view these beautiful replicas you need to allow at least three hours. I spent a good amount of time just viewing the Great Wall of China and imagining walking along with the many people depicted in the scenes.

It was also fun seeing places around the world that we had already visited in the past and reliving our experiences again: London Bridge, Westminster Abbey, Neuschwanstein Castle, the Golden Pavilion in Kyoto, Glover Residence in Nagasaki, the Sapporo Clock Tower and many more.

This is a park that you definitely want to visit and take many pictures.

From Tobu World Square we walked to Kinugawa. The town is still part of Nikko and is known for its many hot springs. The nearby Ryuokyo Gorge is listed as number 5 out of 100 of the most scenic gorges in Japan.

Having previously explored the gorge and hiking trails we stayed close to the town and walked to the Tateiwa Suspension Bridge. It is 140 meters long (459 feet) and 37 meters (121 Feet) above the river.  Out in the middle of the bridge is an excellent view of the Kinugawa River and surrounding mountains. A short hike up the hill from the bridge is a nice look out viewing area. We could see tourists traveling down the river in boats and rafts.

I do not know why, but in Kinugawa there is a much better selection of restaurants and souvenir shops then in Nikko. Make sure to try the local Yuba (Bean Curd) dish, as well as take home some of the area's sake.

You can reach the Nikko/Kinugawa area from Tokyo via train or bus. It is worth spending a few days exploring. We walked 8 minutes from Kinugawa Onsen station to Tobu World Square. They are building a new station just in front of the entrance gate and it should be open soon. 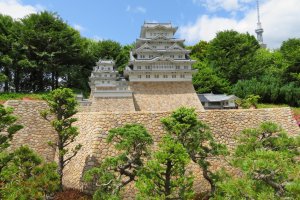 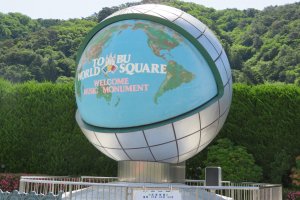 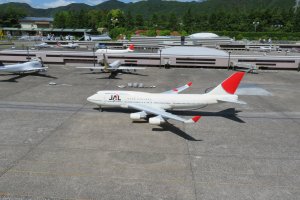 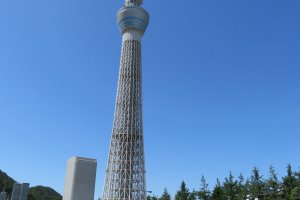 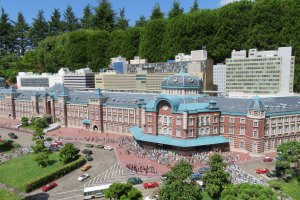 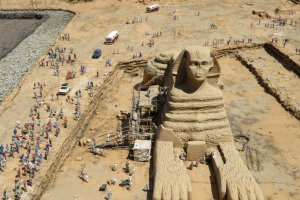 Cheng Ann Chua 4 years ago
Plan to stay over at Nikko for 2 nights in Dec 2017 and will include Tobu World Square visit.
Reply Show all 0 replies
1 comment in total