He who seeks shall find. I like exploring out-of-the-way places, and I love the idea of power spots. One day, coming back from the driver's license center in Utsunomiya, a sign caught my eye: Utsunomiya Archaeological Site (Seizan Park).

The highlight of the park is a circle of reconstructed ancient dwellings. Underfoot lays layers of human history dating back to 5,000 ~ 6,000 B.C., the Jomon Age, a time before rice cultivation and metal implements. Can you imagine Japan before rice? Artifacts from the site are as old as Stonehenge.

You need to drive through the Seizan Park, a municipal cemetery to reach the site. In 1982, when Utsunomiya City started developing the cemetery, they unearthed some ancient artifacts. From there, archeological digs revealed over 300 prehistoric graves in groups of five to ten arranged in ovals, with buildings constructed in circles around the graves. It seems the bodies were buried in a fetal position.

Utsunomiya Archaeological Site, Iseki no Hiroba, opened in 1994. It features one of the largest reconstructed ancient pit building of its kind in Japan, lashed together with vines, and some smaller ones too. The placard next to the doorways, complete with English translation, says, the largest structure "was thought to have been used for ancestor worship and funeral rites."

If you are tall like me, watch you don't hit your head on a beam in the dark musty interior. Be sure to check out how ancient people buried their dead and decorated their bodies at the small museum in the park. Speaking of body decoration, nowadays, if you live in Japan and want pierced ears, you need to do it yourself at home. Most schools forbid piercings. Back in the Jomon Age, however, people were into body modification – it is believed that they wore huge slit disk earrings! I would love to see modern Japanese business people wear such earrings.

I decided to take in the serenity of the site on a bleak Sunday afternoon in March. I remembered during my first visit I had read on a signboard that a rare wildflower, the Nikko Kisuge (Yellow Day), blooms on the west-facing bank in the park. Alas, we were two months too early; we amused ourselves collecting sprouting acorns, to see if we can grow a bonsai at home.

Staff are at a reception area Monday to Friday daily from 9 AM, however admission is free. They close the park at 5:30, and an hour earlier November 1st until March 31st, with last admission 30 minutes prior to closing. The park closes Mondays except in the case of Monday Holiday when it remains open and closes Tuesday instead.

Most of the history I mention here comes from an English paper the park staff kindly copied for me, but the information placards outside are also in English. You may be able to get the same handout I was given if you smile sweetly and ask “eigo no copy arimasuka.” Later, I smiled sweetly again and mentioned that my young son and I were curious to poke our heads inside the other dwellings. The elderly gentleman left the reception, removed the rope and do not enter sign, and opened a door to show us inside another dwelling. We felt special. As we were leaving, he pointed out a hawk circling overhead. On a warmer day, it would be a nice place to stop in for a picnic, especially if you have to visit the nearby driver`s license center anyway, or you are looking for a cycling destination. 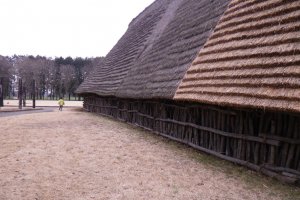 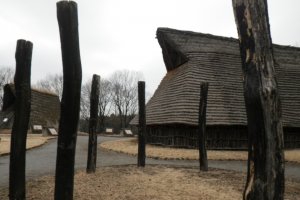 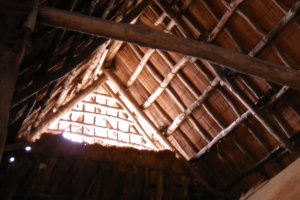 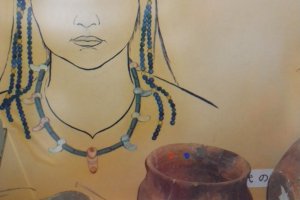 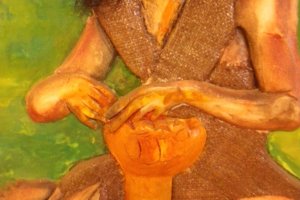 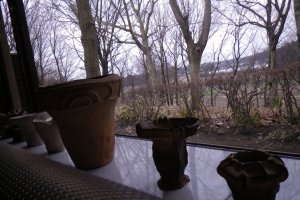 Brittany Rock 6 years ago
Oh! I had no idea about this place! I'll have to check it out sometime!
Reply Show all 0 replies

Justin Velgus 6 years ago
Oh, 30 mins by rental bike. Then pick up some gyoza on the way back. Sounds great!
Reply Show all 0 replies

Katie Jackson 6 years ago
This place sounds amazing. I got really interested in Jomo era Japan a few years ago when my mother and I were learning about it, as she is a history fanatic. I will remember to take her there the next time she visits Japan.
Reply Show all 0 replies
3 comments in total