A peaceful temple with some unusual statues 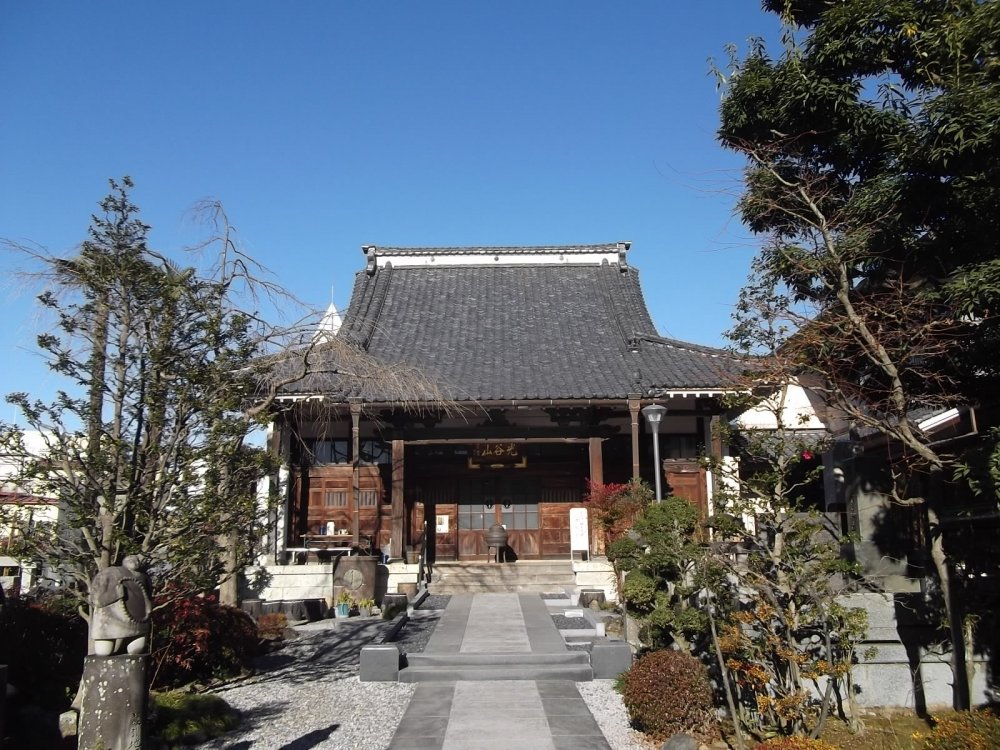 The approach to the worship hall 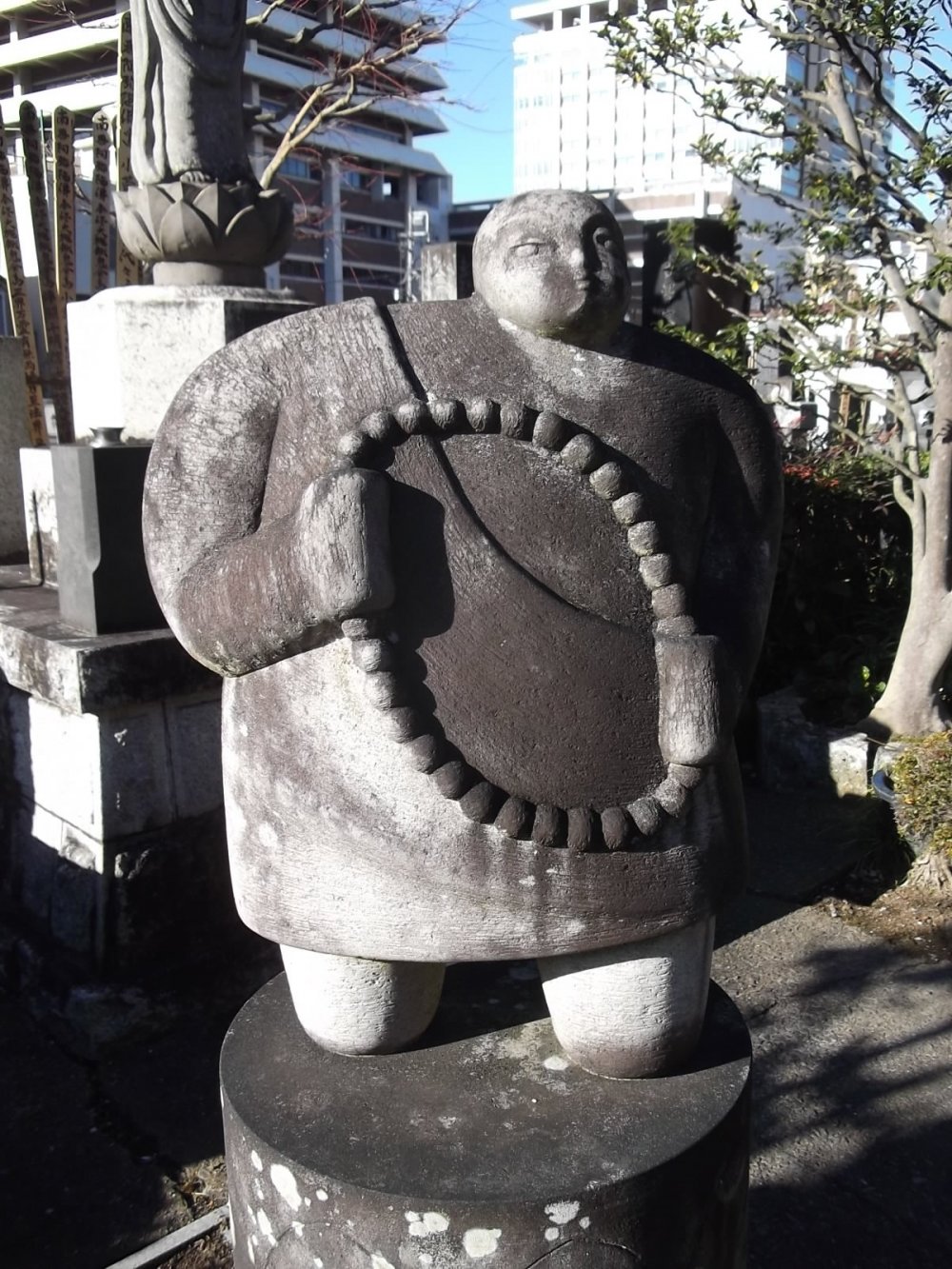 One of the graveyard statues 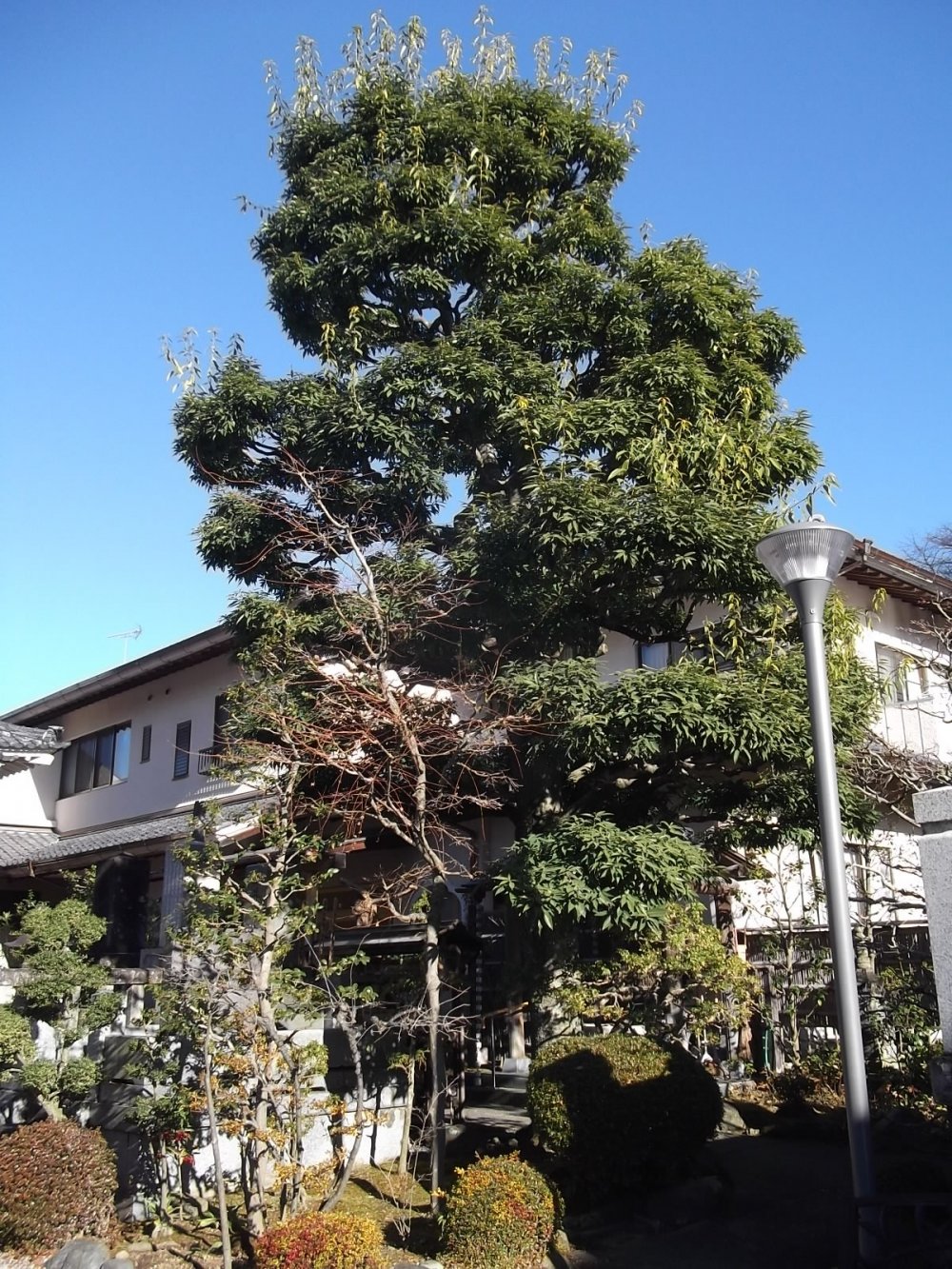 The big tree near the main hall 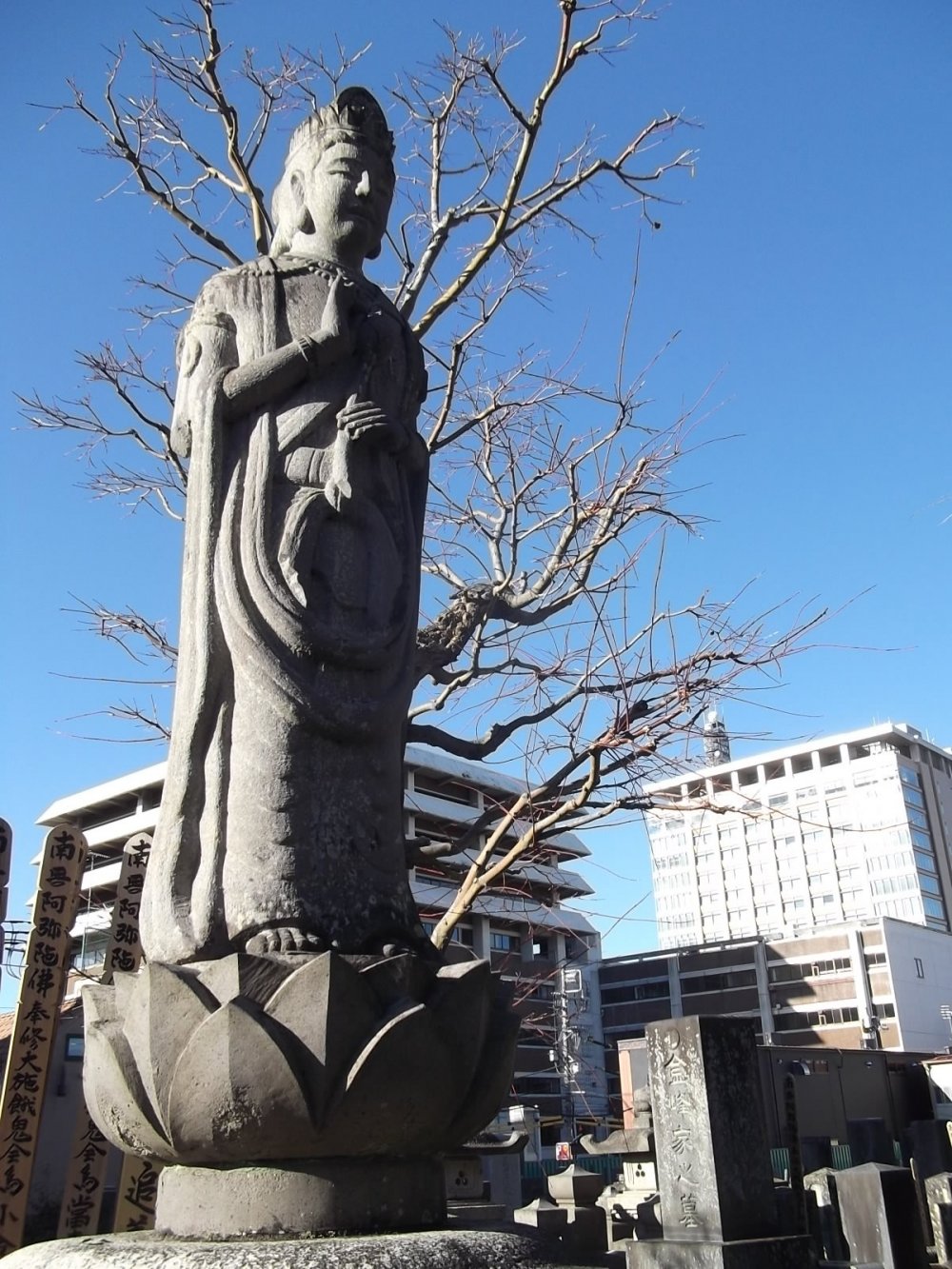 A Buddhist statue in the graveyard 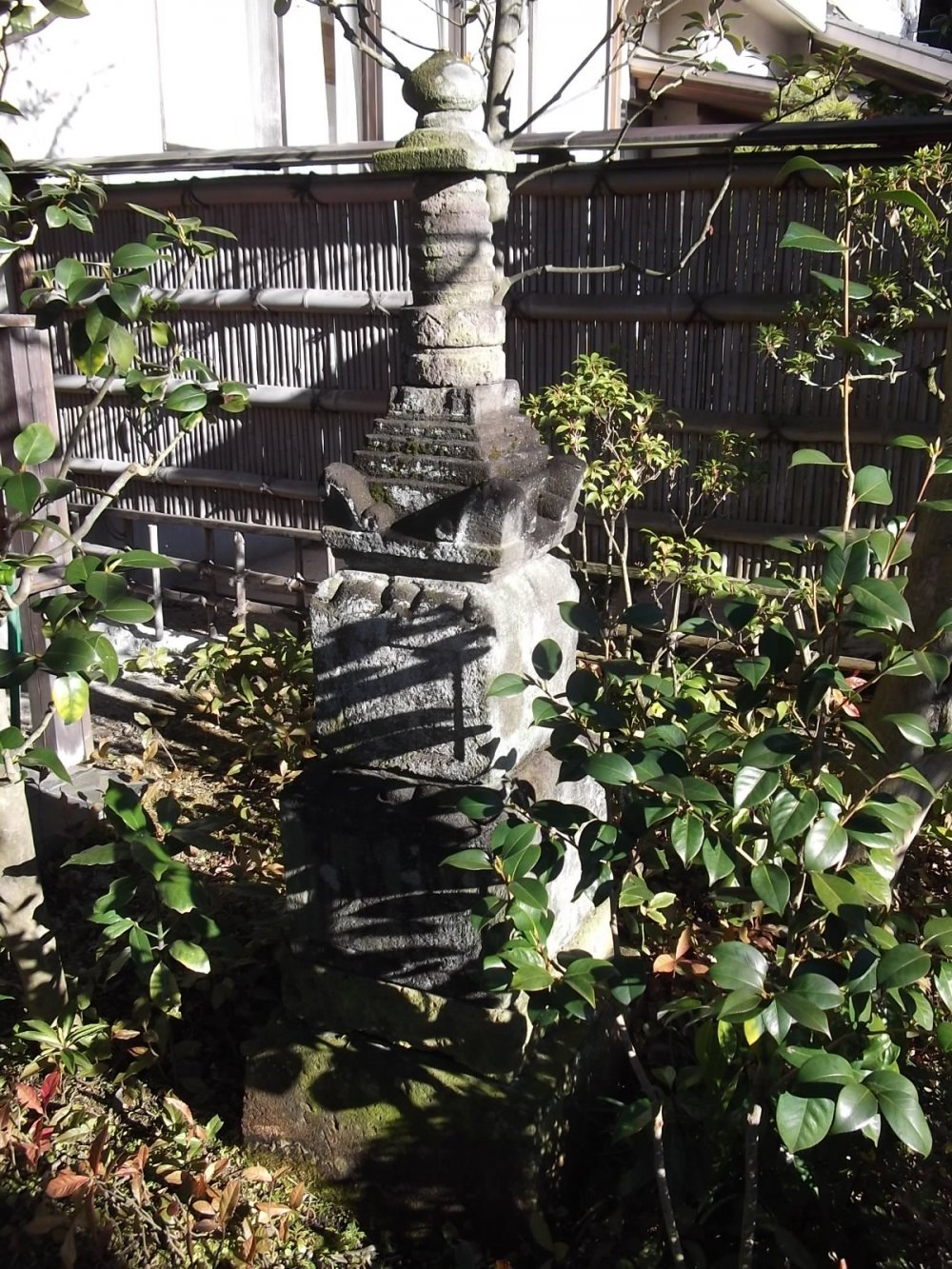 A lantern hiding in the foliage 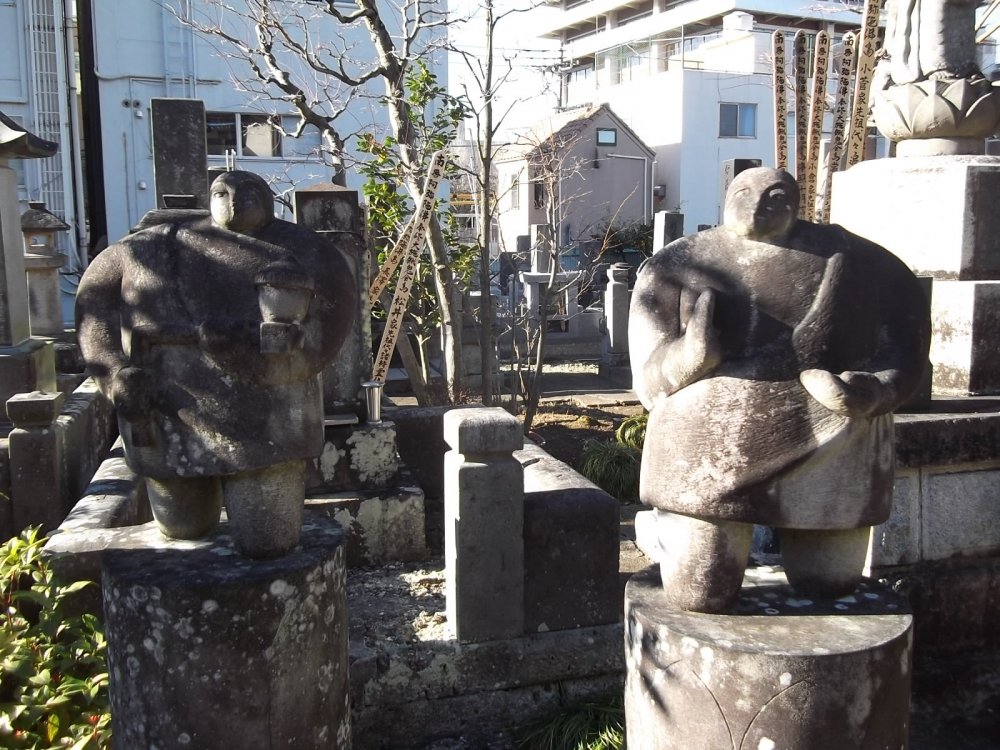 More of the unusual chubby statues 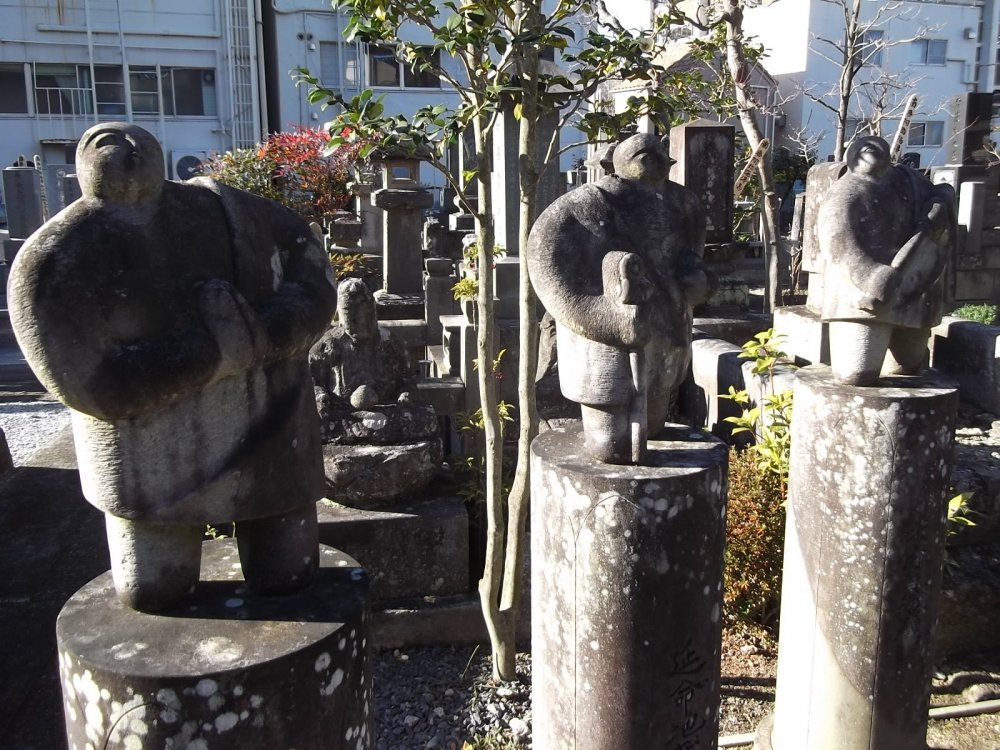 The other strange statues 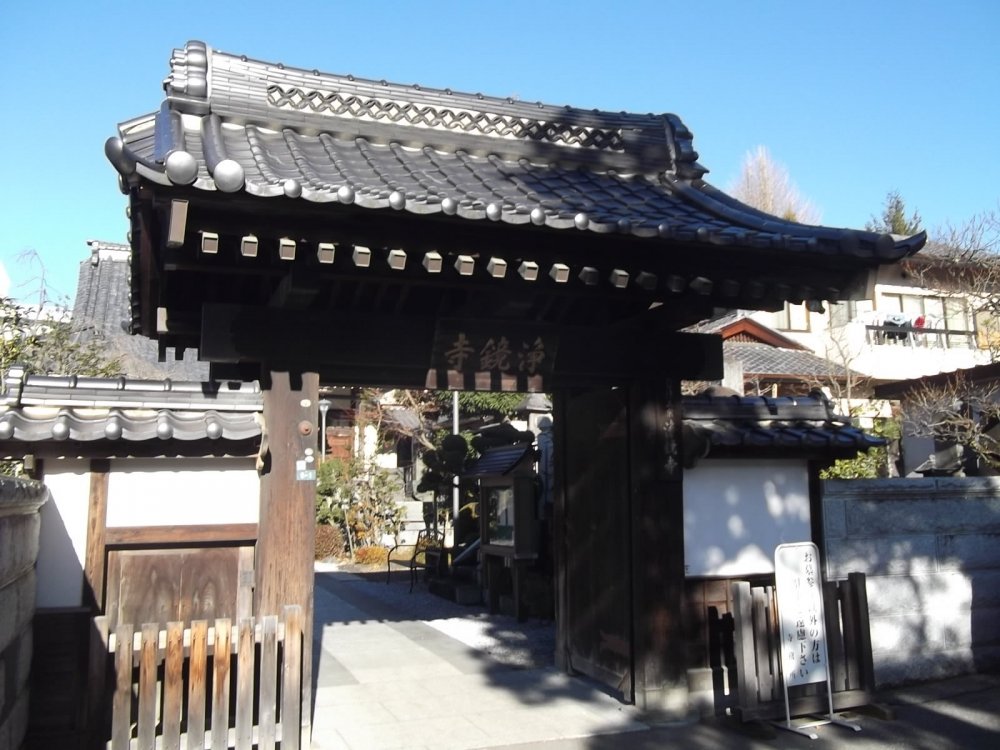 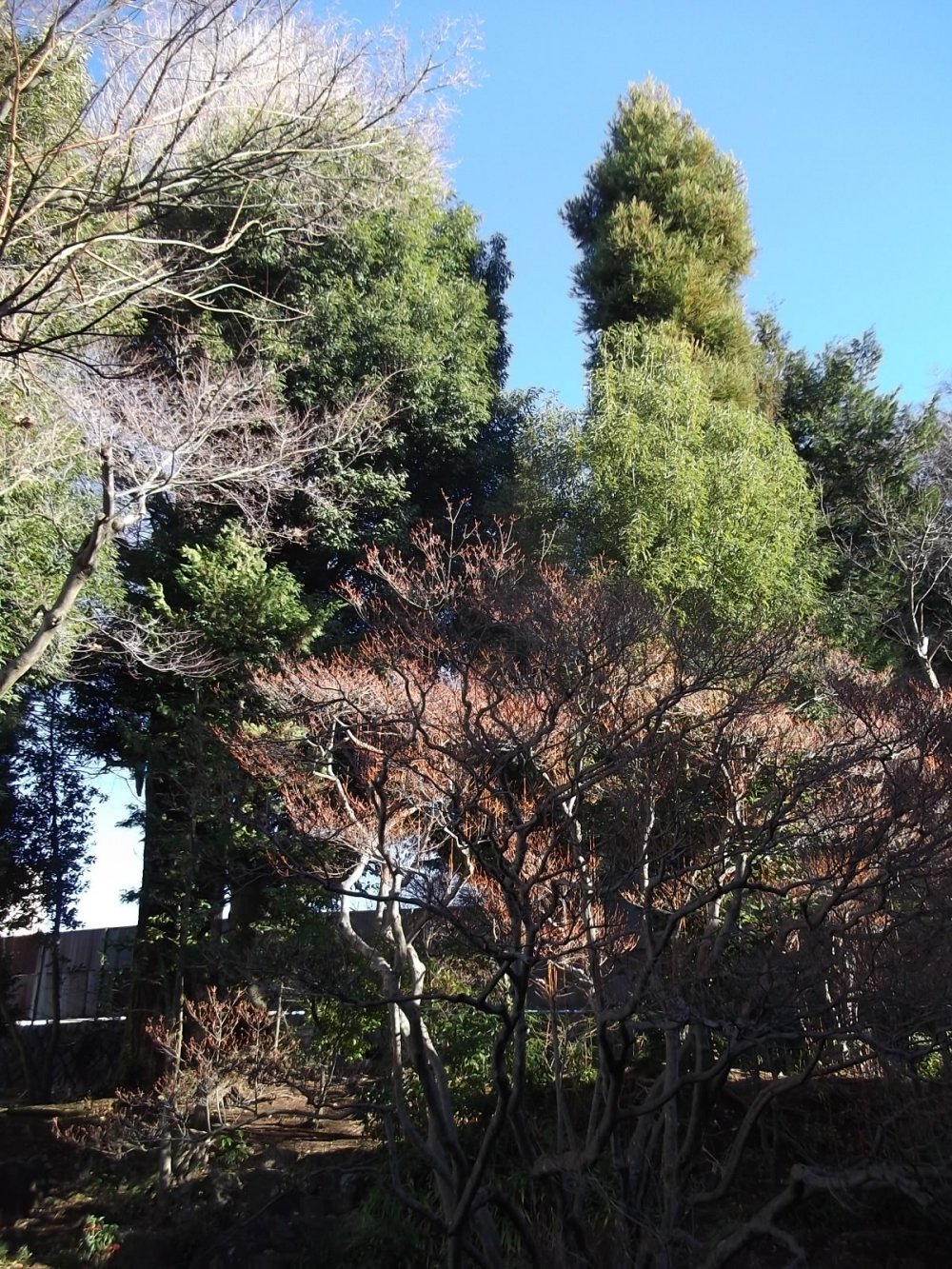 The garden at the rear of the worship hall 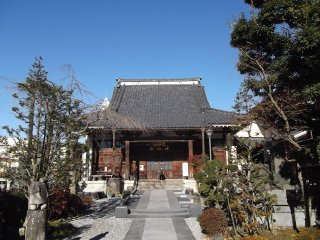 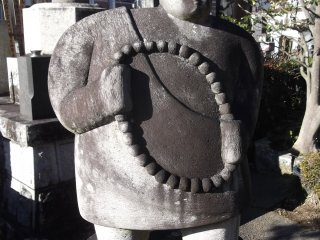 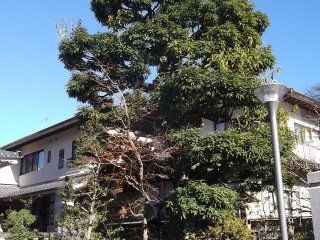 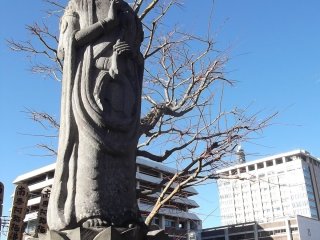 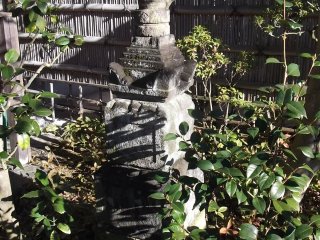 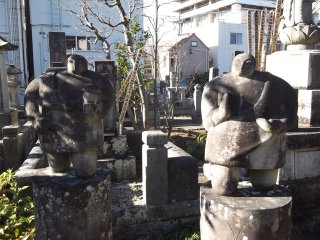 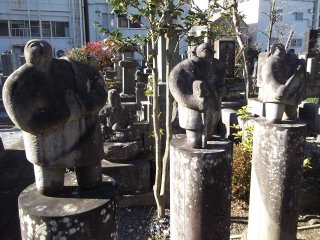 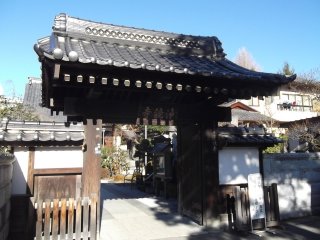 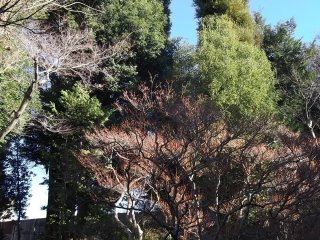 If you're in Utsunomiya and visiting its main sight, the impressive hilltop shrine of Futaarayama, then you might also pop into this neighbouring Buddhist temple. It's just a small place, but it's attractively green and peaceful, and around the main hall and in the graveyard you'll find a population of interesting statues.

Some of them are traditional Buddhist figures, ancient and serene; while in the graveyard between the entrance gate and worship hall, there are six plump, semi-abstract statues arranged in a crescent on pedestals, looking to me more like modern art than properly reverent grave markers.

Then if you head round to the rear of the main hall, you'll find a compact garden, with a small pond and an early-blooming cherry-blossom tree, according to the friendly woman I found working there. And if you're there at the right time, you might catch one of their events or occasional yoga classes.