The festival ends and the party begins

Far from being the only local attraction (by the way, the food is glorious!), the Awa Odori is the prefecture’s most famous event, attracting almost 1.5 million tourists every year between the 12th and 15th of August. This event is the largest dance festival in Japan and it truly is an example of the meaning of the word “fest” in “festival”. The celebration features traditional food, costumes, and, a centuries-old traditional dance (“odori” means “dance” and “Awa” is the name of the old feudal administration that used to organise this event).

The festival seems to have originated hundreds of years before becoming popular, but it boomed in the 16th century when it celebrated the opening of the Tokushima Castle. Its signature dance is said to have been inspired by the drunken dancing that the locals engaged in while other people played simple, rhythmic music, accompanied by improvised lyrics. Given the popularity of the festival in the old days and its goliardic nature, the event was bound to become a problem for the ordinary administration of Tokushima. This prompted the government to limit it to 4 days, and restrict locations (such as temples) in which people were allowed to party. To this day, the same guidelines apply.

When the festival was revived in the 1920s after disappearing for half a century due to the changes happening in Japan with the Meiji restoration, the Awa Odori assumed the shape that we now know, but it has not lost its luster, or its cultural appeal. It also maintains its party spirit. Visitors can enjoy the shows and dances during the day and at night (and it’s interesting to see that the daytime dances are quite different from the ones performed at night, with the latter being of a more “crazed” nature).

The festival closes every day late at night, but that’s not when the party ends. In fact it is very common for people to hang out much longer, even until morning, dancing, drinking, and letting loose in all sorts of ways, true to the drunken, happy, fun-loving, carefree spirit which originated hundreds of years ago when the Awa Odori was born.

Should you have the chance to participate to the Awa Odori, you'll be amazed by how the organization of the festival created so many events within it. Tons of traditional dishes, areas for visitors to dance, a huge parade of many dancing groups ranging from professional ones sponsored by big companies (mostly alcohol-selling brands) to amateur local ones. What could be even more fun, though, is the party that will keep raging on after the festival is officially over, with people of all ages and countries drinking (please drink moderately), dancing and interacting.

Tokushima is not usually a tourist destination for many foreigners, but I would recommend it to all those interested in witnessing and participating to what is arguably the most lively festival one can enjoy in Japan. And if you do, don't forget one of the most sung mottos of the Awa Odori:

"Those who dance are fools

Those who watch are fools

Both are fools just the same so

The festival takes place in a relatively large area marked by Tokushima station to the north, the Awa Odori Kaikan (meeting hall) to the west, and the City Town Hall to the East.

If you're making your way to Tokushima from Tokyo or Osaka by train:

Take the Shinkansen (Bullet Train) to Okayama, from there, take the rapid train to Takamatsu, and finally the JR train to Tokushima station.

If you prefer travelling by bus:

From Tokyo you can take one of the night busses that will take you directly to Tokushima from Tokyo's Shinagawa Station. 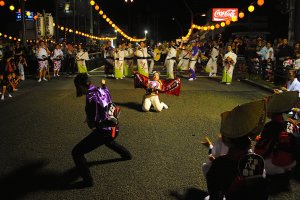 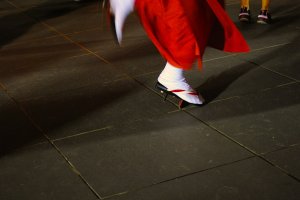 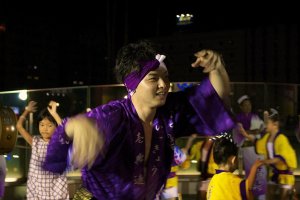 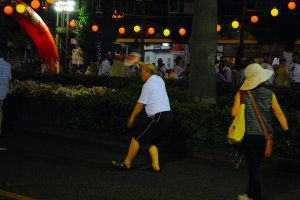 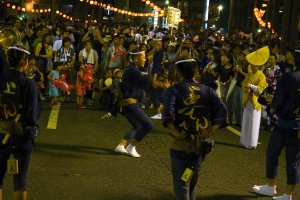 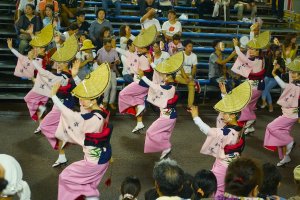 Miha Pavlovič a month ago
A great post!
Which of the four days would you say is the best to visit?
I have the option of visiting the opening day (12th) or the closing day (15th) and can't choose between the two. Which on would you recommend?
Reply Show all 1 replies

Lucio Maurizi Author a month ago
Thank you, Miha!
Whenever you visit, you're gonna have a blast, but here is what I would recommend based on my experience.

If you like crazy post-festival partying, then I would go on the last day. The festival is just as impressive as the other days, but people continue dancing and partying far after the closing of the official festivities (more so than they do on the other days).

The first day is probably going to be the most crowded (covid notwithstanding), but as I recall, it also has more events you can attend. The main dance parade, for example, is usually on the first day.

In short, I would have a hard time choosing too! I hope you enjoy your time there!
Reply
2 comments in total