The immense popularity of the Shikoku Henro (pilgrimage) shows no signs of abating. People are leaping on the bandwagon of spiritual renewal, enlightenment, and a repositioning of life philosophy. Or as some naysayers suggest, a great way to see Shikoku.

Having been a henro, having experienced all its joys – and pains - I think the Henro will be immortal. Kissed by Helen? (Story of poor lovesick dope Paris who begged Helen to make him immortal with a kiss).

For me, especially as an oldie, flexibility was the advantage point. The Henro is absolutely whatever floats your boat. Anyone can do it, for as long as you like, for whatever your reason, whichever way you want.

The Henro is able to accommodate everyone’s individuality. I could go to any temple in any order on any day. I could wait a week or even a year to continue. This kind of flexibility allows a fitting in of the pilgrimage into schedules, desires, or plans. I could choose what was best for my body and inclination. I could do as much as I could, and not fret that Nirvana would never be mine because I was too old to climb to a mountain top temple, or just preferred to sit under a 2000 year old tree with an ice cream. I had my limits and knew my limitations. I was glad and grateful to be just doing what I was able.

Many true blue pilgrims maintain this is the best way. Your only companion ought to be Kobo Daishi, the inspiration and debatedly, the founder of the Henro. Only thing is, a few of the Henro accoutrements are symbolic of Kobo, so we have to treat the Henro staff well. For example, no throwing it on the bed when you stagger back to your hotel room, or leaving “him” in the toilet.

There is also the attraction of walking with people from, literally, all over the world. The Henro brings people together and unifies differences from all walks of life, colors, and religions. Buddhism is the founding religion, but the main precept, like Buddhism, is world peace.

Of course, one is also unified in problems and pain and happiness and achievement. As you haul and heave up a mountain slope, there’s another henro doing the same and hailing Ganbatte – hang in there.

The Henro does not command, prescribe, or set in stone any goals and aims. There is no do or die or must do - no right way or wrong way. There's no-one standing at the end with a marks sheet. It’s non judgmental, non competitive, in a world which is often very judgmental and competitive. On the Henro, you go as you are. Just you and your heart.

The strong pull for me, though, of the Henro, lies in the love for Japan that it evokes. It encapsulates everything we can love about Japan: a more than skin deep beauty, a long standing magnetic culture and religion, a pure reverence for nature and heritage, and incredibly kind and wonderful people, seen and felt in a very tangible and visible way.

The biggest thrill for me? That for just one moment in time, I was a part of history and tradition. Every step pilgrims take, since the Henro began, and then little me, perpetuates the Henro. We are all knitted together through time into one phenomenal fabric. For here we are in the 21st century, after over 1,200 years, and pilgrims still walk the Henro.

This continuity, this unbroken thread, lends to the feeling that the Henro is immortal. It endears and endures.

I got into Shikoku on a bus to Tokushima. I took the bus from just outside Osaka Train Station. You can find the train schedule on the JR Shikoku website here. 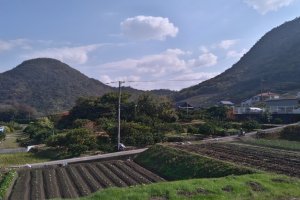 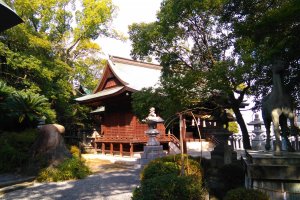 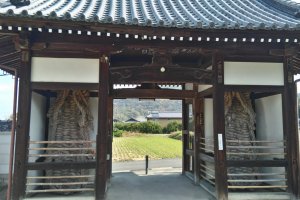 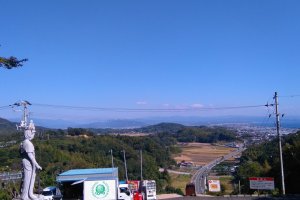 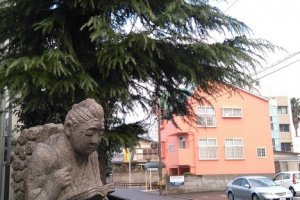 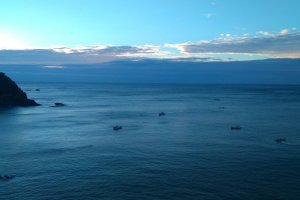 Sleiman Azizi 2 years ago
I've been waiting to read something new from you Arlene and boom, this. Call it serendipity if you will but I've spent the last few weeks researching for my own walk around Japan...
Reply Show all 2 replies

Arlene Bastion Author 2 years ago
Yo! I did hope you were still around to read it.
In Japan, anywhere can walk, right? No need the famous or almost famous trails.
I'll be back!
Thx and cheers.
Reply

Sleiman Azizi 2 years ago
Very much still around. Looking forward to more of your experiences. Always a pleasure.
Reply
3 comments in total