When one thinks of Akihabara, maid cafes and electronic stores often come to mind. Imagine my surprise when upon arriving at Tokyo Metro’s Akihabara station, there was no sign of either of these aspects; what greeted me instead was the aroma of fresh-baked bread. Right outside the ticketing gate was Auntie Annie’s Pretzels and a fresh cream bread store, a welcoming sight and smell to those exiting the train.

Instead of being decked out in advertisements, the interior of the station was very simple and very clean. The only advertisements were a row of video panels attached to columns right next to the ticketing gate playing both ads for Tokyo Metro and other commercials. The bathrooms were very easy to find, with their colorful signs, and the station was equipped with a total of three payphones, something that is hard to find in stations nowadays! There isn’t much besides the bakeries and coin lockers within the station itself, but the signs were very easy to follow out to the exits. While the station itself does not have the stereotypical “Akihabara” look, the station’s five exits will point you to where you need to go in Akihabara.

All of the exits take you to Showa Dori, a major street in Akihabara and across Tokyo. It runs underneath the Ueno Route of the Shuto Expressway and on top of Tokyo Metro’s Hibiya Line. The two southern exits take you right to Izumibashi (Izumi Bridge), one on each side of Showa Dori. Izumibashi is a bridge over Kandagawa or Kanda River, which is actually an underground tunnel in order to prevent flooding in the area. People often sit on both sides of the river in designated areas, taking smoking breaks.

The most popular exit is definitely the one that takes you under Showa Dori through a tunnel straight up to the entrance of Yobashi Akiba, the largest store in the Yodobashi Camera chain. There, you can take care of all of your electronic needs, as it has six stories full of electronic goods. In the top floors, there are clothing stores, restaurants, and even a batting cage! Yodobashi Akiba is also right next to JR Akihabara Station, so it’s easy access to the JR Yamanote Line.

Hi! I'm Karin Wu and I'm currently living and working in Tokyo. I took part in the photojournalism internship for JapanTravel in 2013, and I now contribute every so often when I can get out on the weekends. Writing is a passion of mine, and this site gives me not only an additional excuse to explore Japan but the opportunity to write about it and share with others! 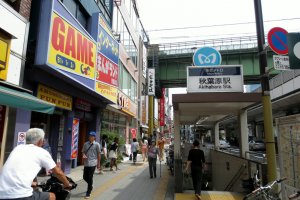 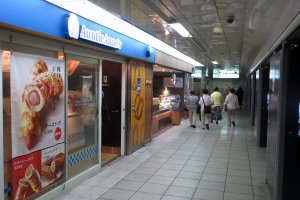 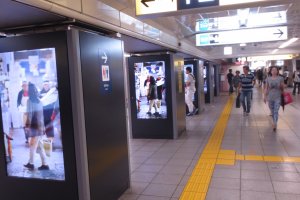 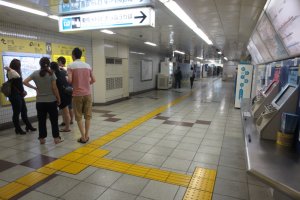 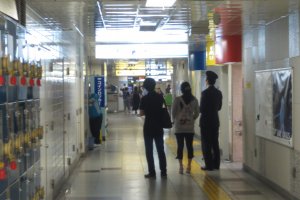 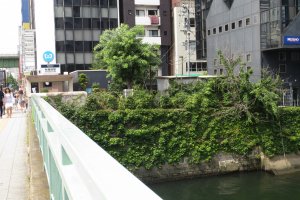