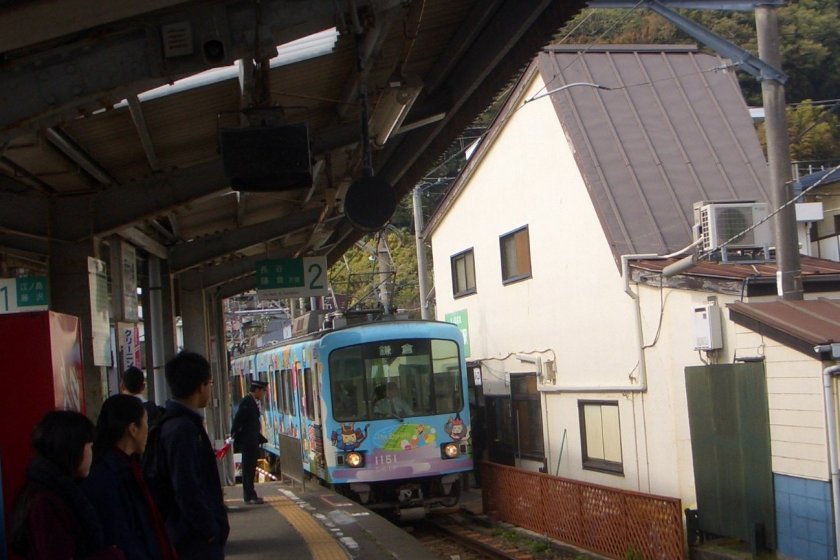 The Enoden Line is a very cute little train line covering the distance between Fujisawa and Kamakura in coastal Kamakura Prefecture while running through a decidedly scenic and historical area.

Though the train trip from one end of the line to the other is certainly an experience, it is worth taking some time to explore. There is so much to see along the way. Plus, it’s an easy day trip from Tokyo or Yokohama.

From Tokyo (Shinjuku), head straight to Fujisawa, the terminus of the Odakyu Enoshima Line. From Fujisawa Odakyu Station, walk over to the bridge crossing a small town square and enter the Enoden Station.

People get on and off the little train as if it were just another commuter shuttle. In fact, for many of them, it is.

Opened in 1902, the Enoshima Electric Railway, Enoden being an abbreviation of the line’s Japanese name, was originally meant as a train line to get people quickly to their work place and back, covering a distance of about 10km. The line has 15 stops along the way and it is single track. Five stations serve as passing loops where trains traveling in opposite directions can pass each other.

The line was cut right through the local neighborhoods along the way, using any terrain suitable for a railway.

Today, visitors enjoy the scenery created exactly that way: the trains running just inches away from houses, train crossings picturesquely situated just outside the gates of shrines and temples.

At first, between Enoshima and Koshigoe Stations, the line becomes a sort of tramway – running in the middle of the street, along with all other traffic.

Koshigoe Station is well worth going off the train and taking the short walk to the beach. It offers great views towards Enoshima Island and behind it, with a bit of luck, Mount Fuji looms in full beauty. It’s quite a famous view, actually. On the beach itself, you can spot plenty of surfers trying to ride the waves.

Along the beach road are plenty of fish restaurants, offering the specialty of the area: shirasu, which are very tiny. Try the shirasu don – whitebait on a thick bed of rice. Each serving consists of hundreds if not thousands of the tiny fish and is quite delicious. At some of the restaurants, you can sit outside and observe the scenery during your meal.

Next up is Kamakura Koko Mae Station (Kamakura High School Station), located right on the beach. The high school and its vicinity were featured in the anime Slam Dunk (2015). The train crossings right in front of Sagami Bay are unique and quite an attraction, not only for anime fans.

Gokurakuji Station looks particularly vintage, it has barely changed since the Meiji era. Close to the station is the only tunnel the Endoden Line travels through. A bridge offers a great view of the trains coming out of the tunnel.

Around Gokurakuji Station are various ancient temples worth exploring. They are especially beautiful in June and July, when all the abundant ajisai (hydrangea) in the temple gardens are in full bloom.

Hase Station is the gateway to Kotoku-in Temple, Kamakura’s most famous temple and home of the giant Daibutsu Buddha statue. Hasedera Temple, another one of Kamakura’s main attractions, is also in close walking distance from Hase Station.

After Hase, the Enoden enters Kamakura proper and soon arrives at Kamakura Station, connecting to the JR Shonan Shinjuku Line, a quick ride into Yokohama and central Tokyo.

A ride from one end of the Enoden Line to the other costs ¥310. If you plan to get on and off the train as you wish, it’s better to buy the Noriorikun 1 Day Pass for ¥650, for a child it’s ¥330. The pass is available at vending machines at all stops. 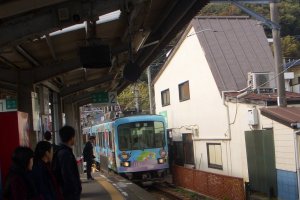 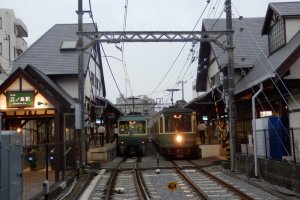 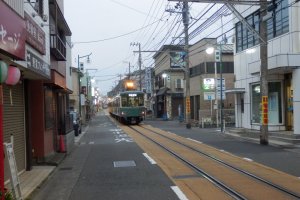 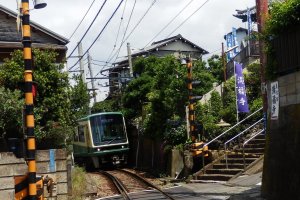 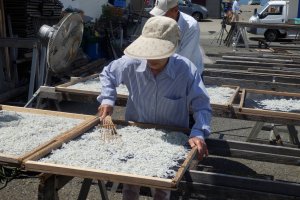 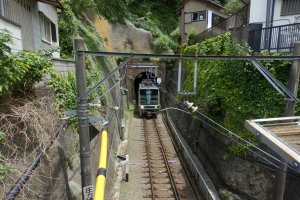 Susan Tumanon a week ago
Beautiful view of the sea from the Enoden train. You still some of the trains with wooden floors.
Reply Show all 0 replies

Bonson Lam 2 weeks ago
Great way to meet the neighbours just inches away from the train.
Reply Show all 0 replies

Sleiman Azizi 2 weeks ago
One of my favourite little train lines.
Reply Show all 0 replies

Elena Lisina 3 weeks ago
Yes, Enoden is a fun and easy was to travel!
Reply Show all 0 replies
5 comments in total
Back to Contents