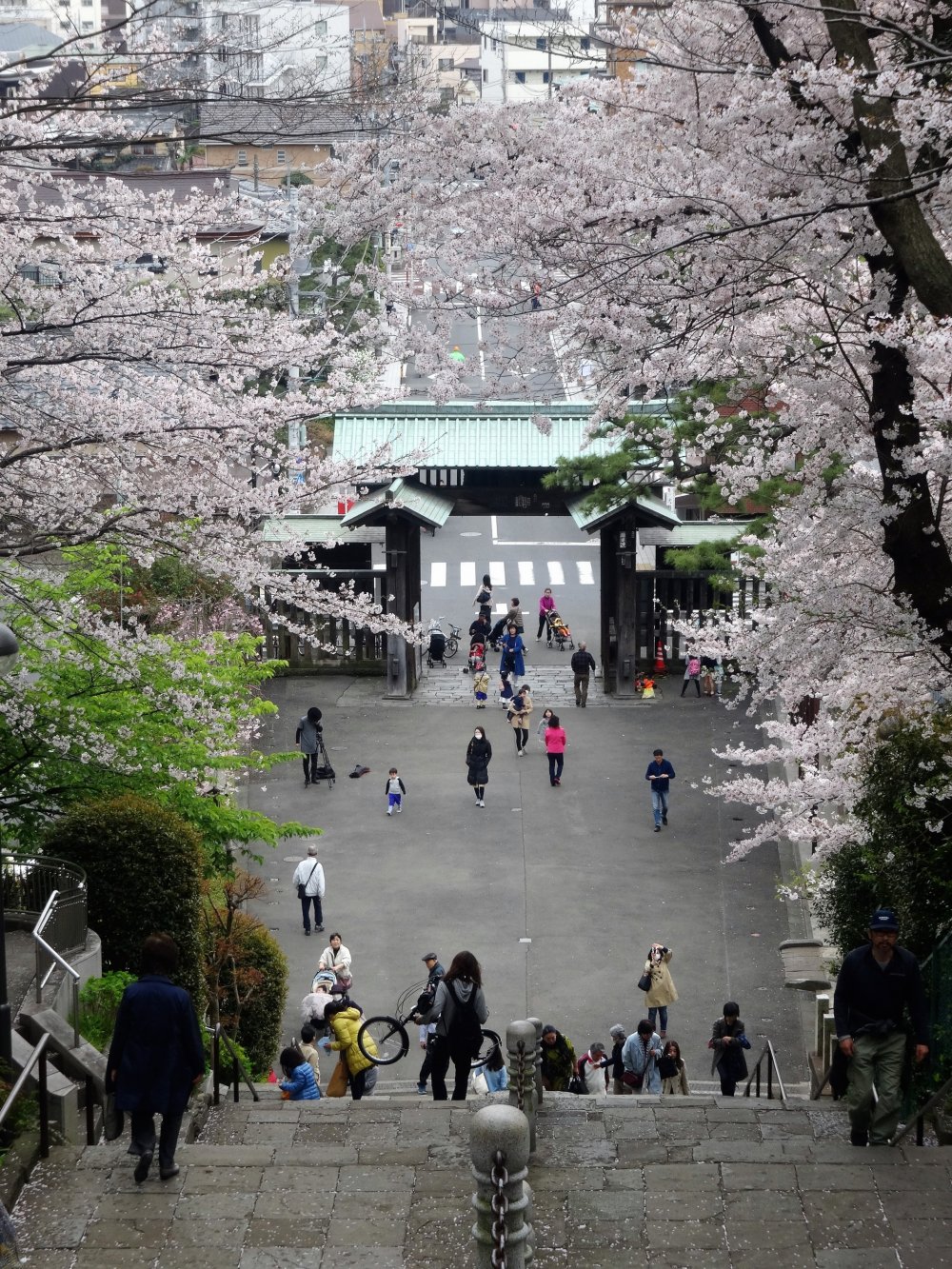 A view down to the first gate 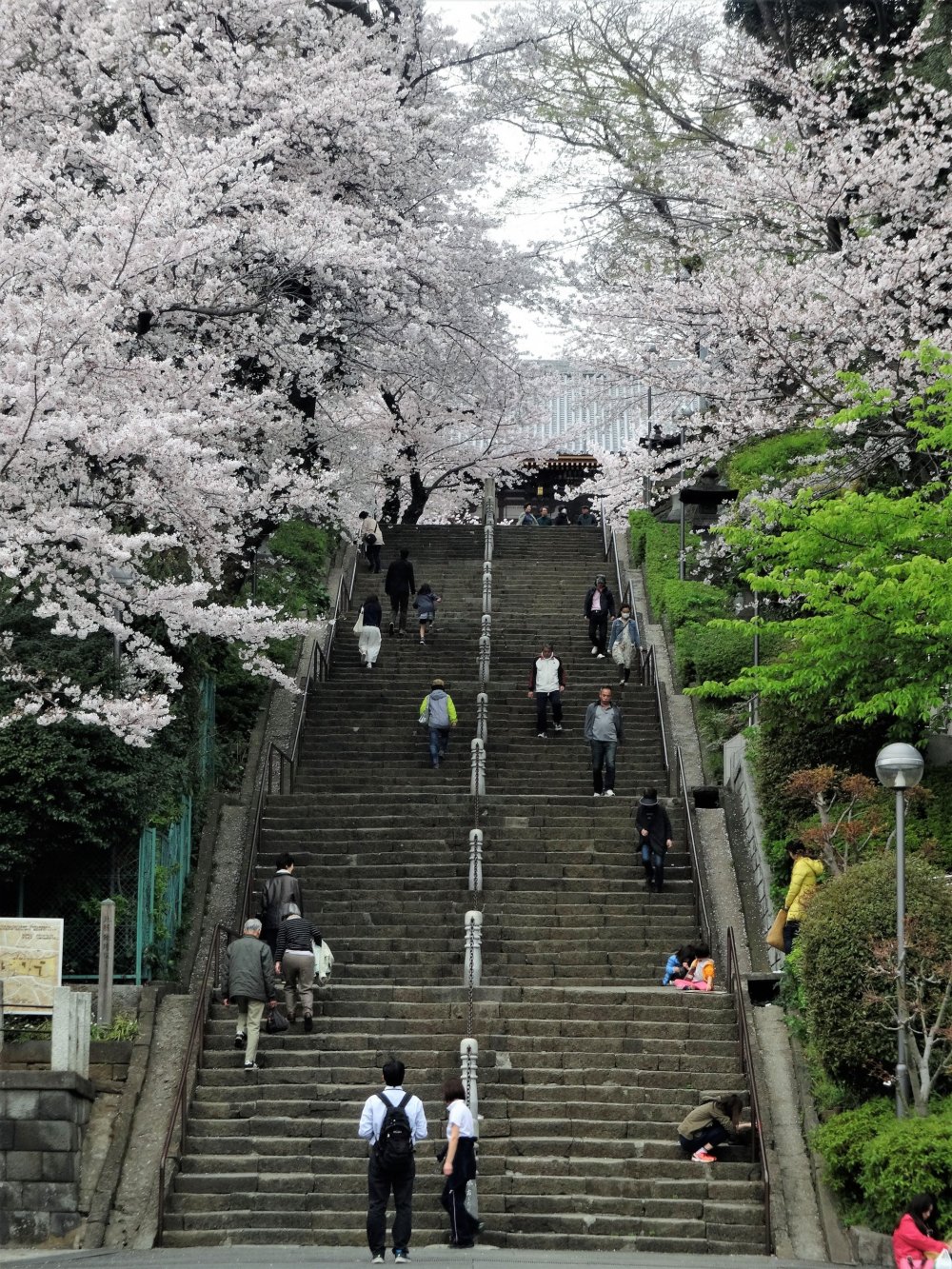 Cherry blossoms line the 100 steps that lead to Ikegami Honmonji 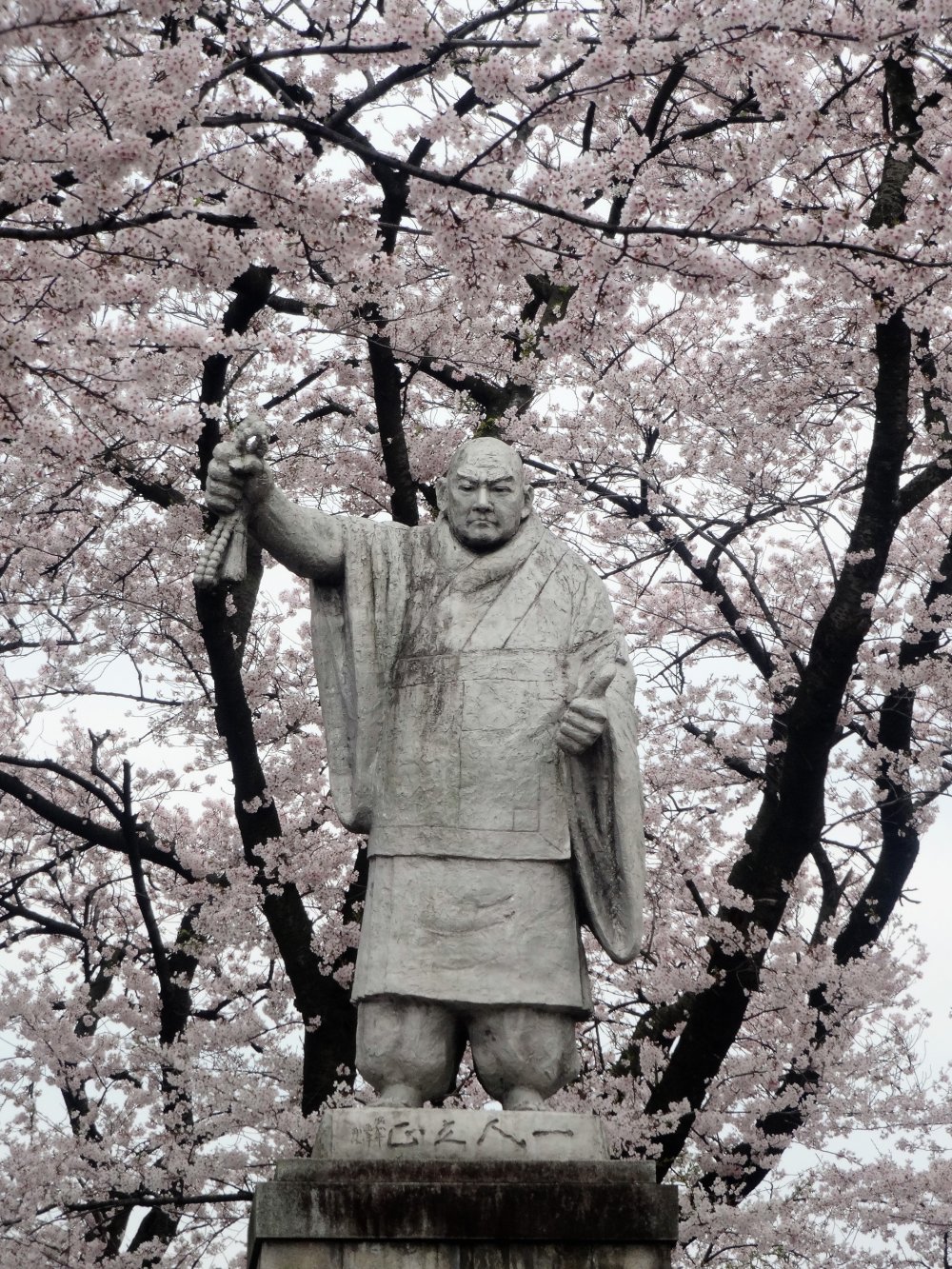 A statue of Nichiren surrounded by blossoms 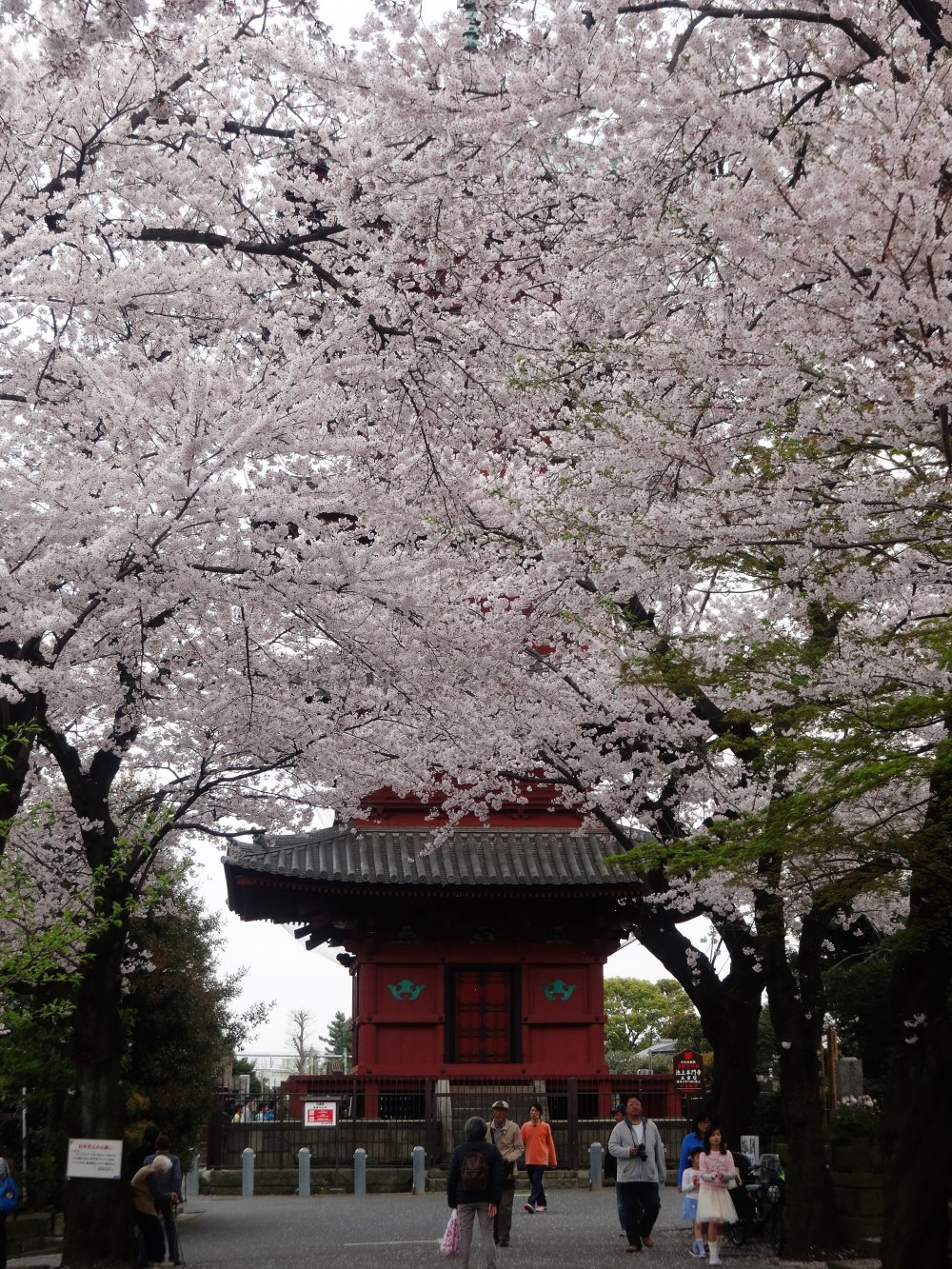 The 5-story pagoda is obscured by sakura 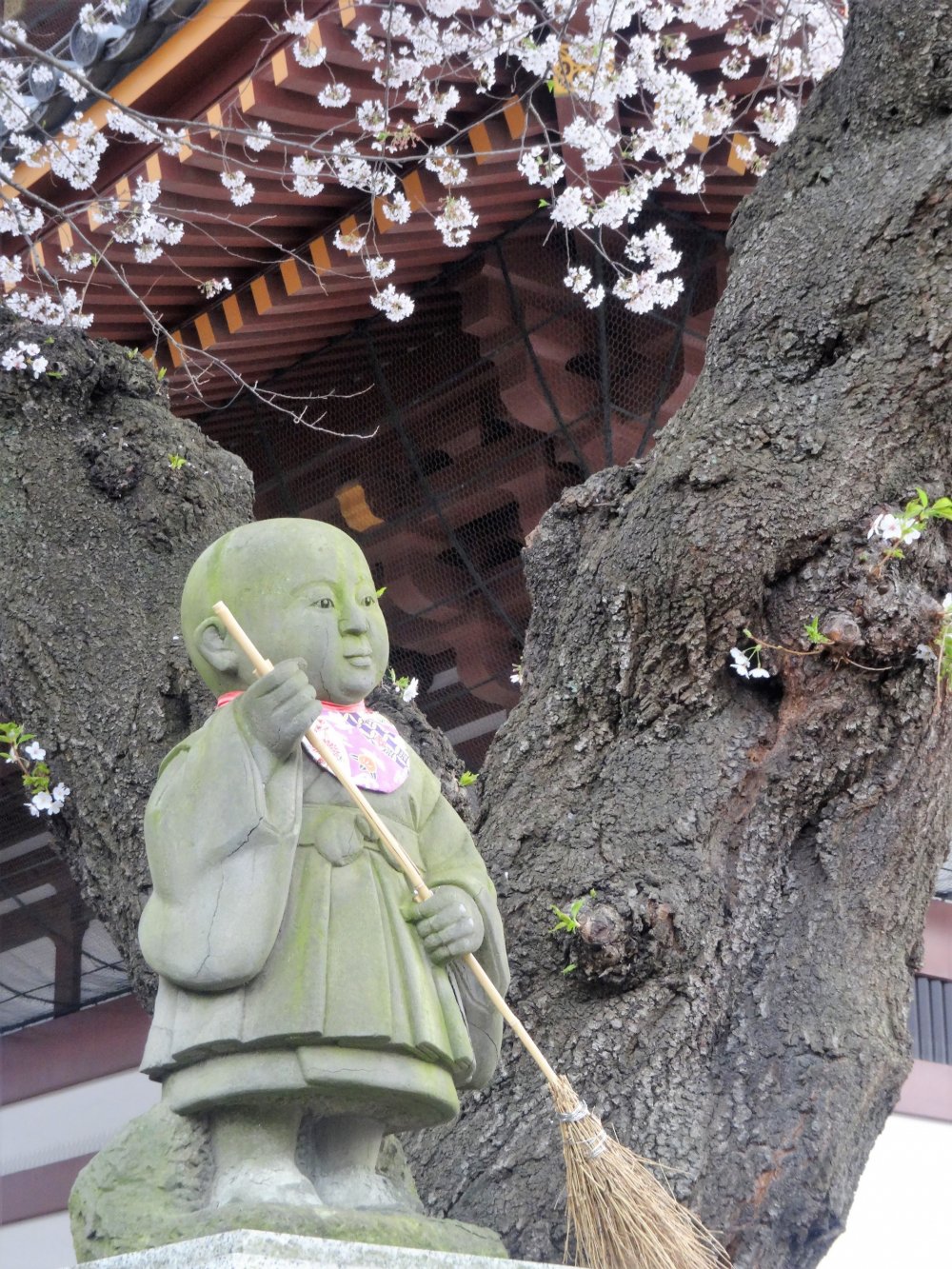 A cute statue on the grounds 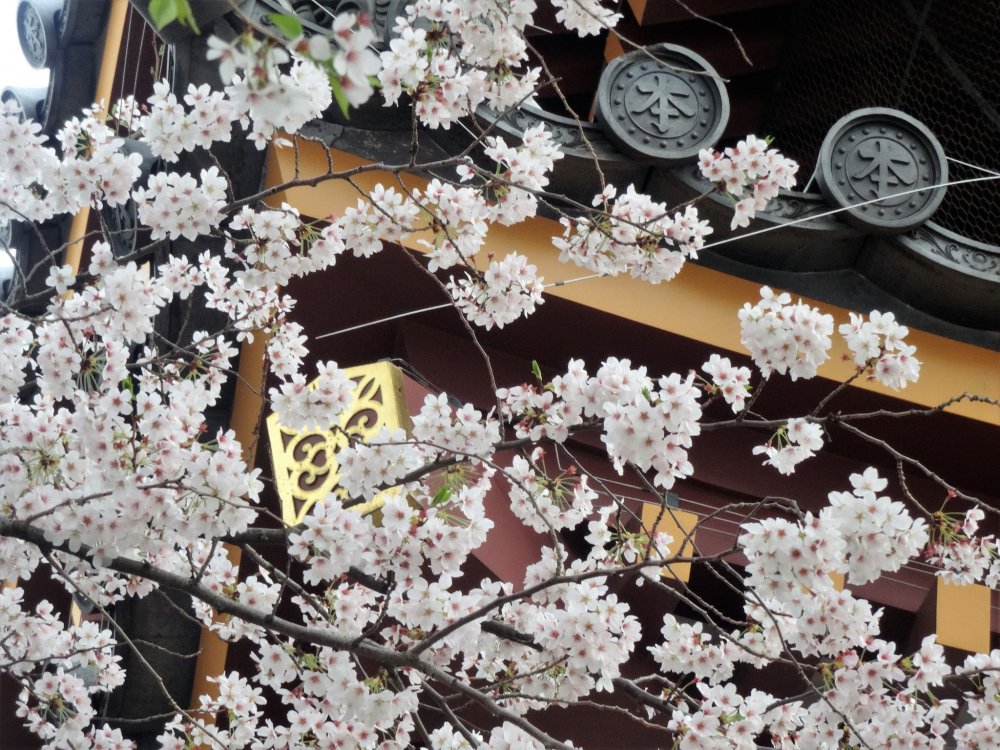 The sakura usually hit their peak in early April 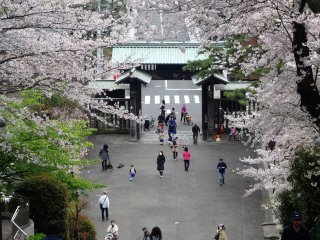 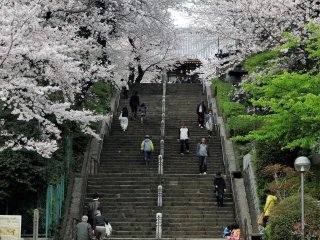 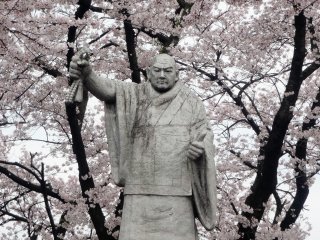 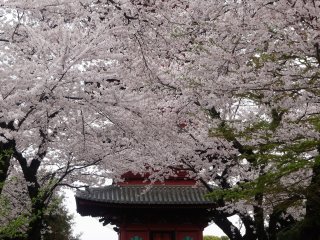 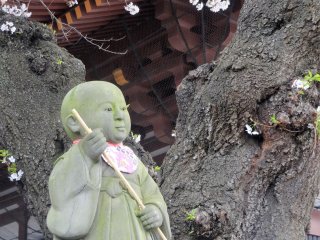 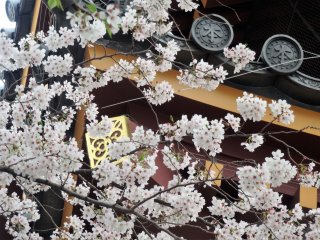 Tokyo's Ota Ward lies far enough off the beaten path that many of the neighborhood's sites experience crowds much lighter than other locations. The same holds true in cherry blossom season. While places like the Meguro River and the Chidorigafuchi moat near the Imperial Palace draw hordes of hanami goers, Ota City remains blessedly uncrowded.

Perhaps one of the best places to experience the spring sakura bloom is at Ikegami Honmon-ji. This hilltop temple dates from the late 1200s and was built to commemorate the wandering monk Nichiren. In spring, the extensive grounds of the temple are awash in shades of pink as dozens of trees burst into bloom. The scene is particularly striking with the temple's 5-story pagoda in the background.

Ikegami Honmonji is best reached via the Ikegami Line that runs from Gotanda to Kamata. The cherry blossoms usually reach their peak in the first week of April.