Courbet and the Sea: Tokyo Exhibition

A special event at the Panasonic Shiodome Museum of Art

A special exhibition taking place at Tokyo's Panasonic Shiodome Museum of Art looks at the works of Gustave Courbet (1819-1877), a French painter who was active in the 19th century. Courbet was born in a small town surrounded by mountains near the Swiss border, and first saw the sea at the age of 22. Inspired by the power of the waves and the seemingly endless water stretching to the horizon, many of his works depict the ocean.

The exhibition will showcase a variety of Courbet's sea and landscape-themed works, along with other sea-depictions from artists like Claude Monet and Jean-François Millet.

For those who plan to drive, there's no dedicated lot for the museum. Patrons are advised to park in the paid Times Shiodome City Center lot, which directly connects to the Panasonic Tokyo Shiodome Building. 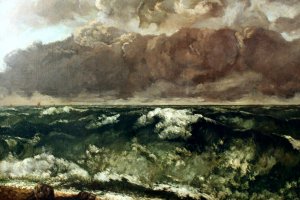