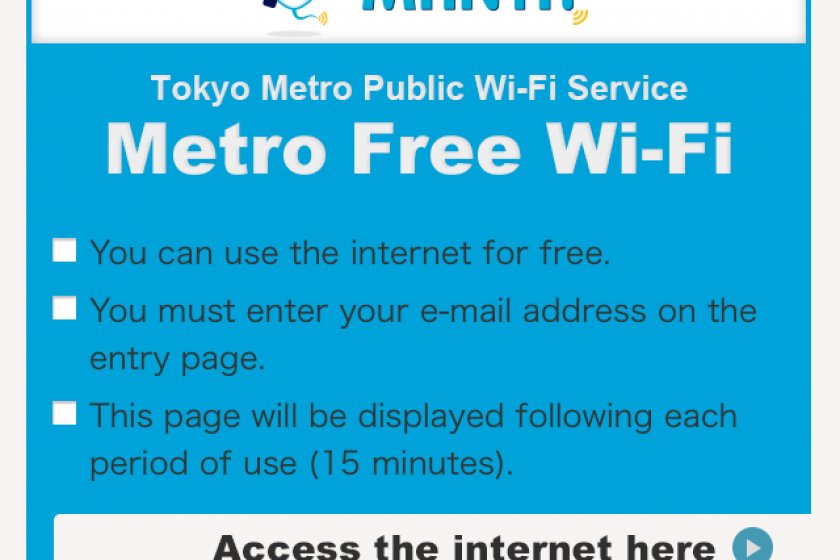 How to connect when you're on the go with Tokyo Metro

View on your cell phone

Tokyo Metro has helped Japan inch out of the corner it painted itself into regarding free wi-fi access. Despite being a technologically advanced country, very little wi-fi coverage can be found for free. This can make life tough for tourists, especially as they attempt to navigate the most complex train and subway system in the world.

That's changing now, as Tokyo Metro - the rapid transit system with the highest ridership in the city - has begun offering free wi-fi access in its stations. Tokyo Metro, the company that runs the major subway network running below the city, is one of the best ways to get from point to point, and is absolutely indispensable for living, traveling, or working in Tokyo.

Using it is as simple as can be. Head down into the subway area (which can be found on stairs all over by spotting the blue and white "Tokyo Metro" sign), and check your device for available networks. Locate the "Tokyo Metro Free Wi-Fi" option, which is operated in conjunction with NTT and Manta. You'll have to agree to the terms of service (of course) and enter your email address (of course), and then you'll be connected. The menu screen gives you options to connect to the web, or to access the map of the full Tokyo Metro network, which makes it easy for you to plan your route to your location. The only catch is that there are limitations to the amount of time that you can stay connected. Your connection lasts 15 minutes, at which point you'll be returned to the welcome screen and you'll have to sign in again. Additionally, you can only sign in a maximum of five times per day, so use your time wisely.

One wonderful benefit to the free wi-fi is that many of the subway lines in Tokyo run very deep below the city. This made it very difficult for people to access the internet, as they could connect fine in the stations, but it would always cut out while riding the train between stations. With the new system (which began in 2013), that is no longer an issue.

The free wi-fi service is available at Tokyo Metro stations, which can be found all across the Tokyo area. 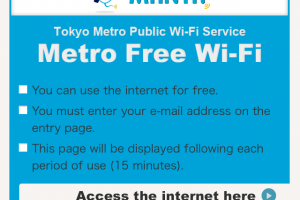 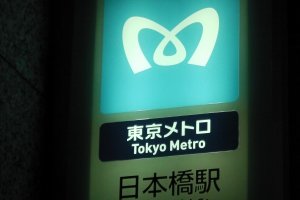 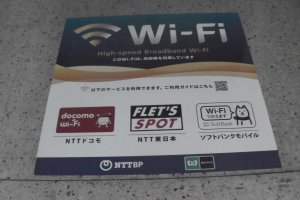 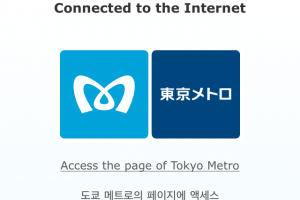 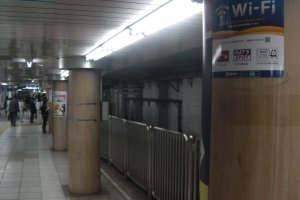 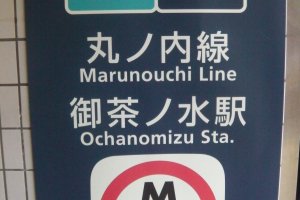