In Ginza, the air seems almost scentless, like freshly minted coins. Every day, shopkeepers clean their storefront sidewalks. Immaculately scrubbed and groomed Japanese promenade in fine clothes. There’s no traipsing to the convenience store in a tracksuit here.

With Chanel and Gucci, bars that need reservations and restaurants that require a referral, Ginza can seem impenetrable; a luxury watch behind glass. But it has budget-friendly fashion like Zara, H&M and the world’s biggest Uniqlo. It has noodle joints, casual pubs, even Hooters.

There are bargain vintage kimonos (Hanamura), wares from famous ceramists (Kuroda Touen), more than 2500 types of chopsticks (Ginza Natsuno), steel art katana swords and weapons (Seiyudo). Itoya (since 1904) was the first shop in the country to sell both Japanese and Western stationary. Look for the giant paperclip.

Kyukyodo began in Kyoto in 1663 and has sold stationary and incense from its Ginza branch on Chuo-dori since 1880. In front is Japan’s current highest land value, a record held for over 30 consecutive years. 32 million yen per square metre.

Travel around Japan with Ginza’s and adjacent Yurakucho’s roughly 30 “antenna shops,” stores that promote specific regions with food, craft and tourist information. There are 14 in Kotsukaikan shopping complex.

99% of Japan’s gold leaf is crafted in Kanazawa prefecture. You can buy soft serve topped with gold leaf at this antenna shop. The Okinawa antenna shop celebrates the warm, southern island including its American occupation influences. Staff wear tropical-style shirts and you can try US/Japan hybrid dish, taco rice.

My favourite dessert was the kuzukiri from Toraya, a traditional Japanese sweet company from 1600s Kyoto. Use chopsticks to pick up ice cold kuzu arrowroot flour noodles then dip them into wasambonto mitsusugar syrup.

Ginza has more art galleries than any other area in Japan (more than 100) and led the promotion of the Japanese contemporary art scene. Since 1889, Kabuzika Theatre has been the national home of kabuki and a space for other art forms. The first Japanese-made movies were screened here around the early 1900s.

The Yurakucho district was alive with American soldiers, cinemas, theatres, strip shows and gay bars after WWII. Today, izakaya pubs cluster around and under the rail tracks and many are open 24 hours. They’re a raucous contrast to stately Ginza. You have to shout as trains thunder overhead.

In the early 1600s, Edo (today’s Tokyo) was a group of fishing villages. The Tokugawa shogunate placed a silver coin mint where Ginza stands today. With its proximity to Edo Castle to the north (where The Imperial Palace is today) and neighbouring commercial hub Nihonbashi (still a major business district), this reclaimed marshland was set on its prosperous path.

In this feudal era, rules on appearance according to class applied, such as hair styles and clothing down to kimono sleeve lengths. Daimyo lords and samurai were top of the strata but desires for fashion flowed through society. Trends could start by a courtesan wearing a new colour or the way an actor tied a sash. Commoners would sometimes hide a forbidden fabric on their jacket lining.

After more than 200 years of isolation bar government sanctioned exchanges, Japan was forced open to world trade by America in 1853. The Meiji Restoration started from 1868 when the shogun was toppled and Japan’s new emperor and leaders decided the nation had to westernize, modernize and industrialize to stem domination by foreign powers. The capital moved from Kyoto to Edo (renamed Tokyo).

Western architects were invited to transform Ginza into Japan’s first brick town. Wooden buildings were removed and dirt roads paved. Gas then electric lamps replaced paper lanterns, horse-drawn carriages and trams rattled on streets. Merchants now outclassed samurai, who had to cut off their topknots and hide their swords. The new rich sported top hats and bustle skirts. Leather shoes were a novelty and special inserts were designed to make them squeakier.

Through devastating fire (1872), the Great Kanto Earthquake (1923) and air raid bombings in World War II, Ginza was rebuilt and revitalized again and again. Streets widened to serve as fire breaks. Stone structures shot up including many newspaper offices. Trains brought people from suburbs. They could drink sake in around 60 geisha houses or try imported sensations like wine, whisky, black tea and coffee.

Mirroring Jazz Age Paris and New York, artists, writers and intellectually inclined young people discussed Russian novels and Marx in new bars and cafes. Ginza was Tokyo’s coolest quarter in the early 1900s but its pleasure spots were half empty pre-WWII. They were frowned upon as military fascism grew.

Ginza is a wild ride through 400 years of history but there’s something even older in a tiny alley. Locals pray to Shinto god Inari at Toyoiwa Inari shrine. The stone foxes symbolise Inari’s messengers. Over thousands of years, Inari has come to represent fertility, business and money, but Shinto is so ancient its origins are unknown. It has no sacred texts. The foxes’ real messages are buried in the primordial mud below this glittering town. 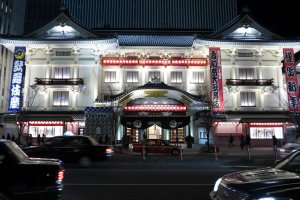 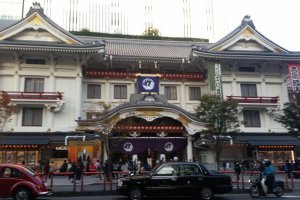 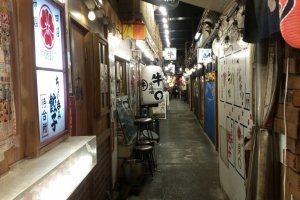 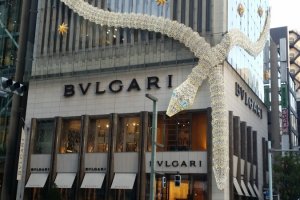 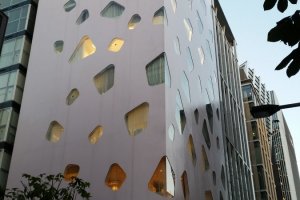 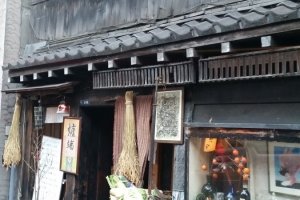 Victoria Vlisides 5 years ago
I would like to go to Ginza using your guide :)
Reply Show all 1 replies

Audrey Foo Author 5 years ago
Too bad we can't share a drink in one of the bars! Maybe one day 😀
Reply

Joseph Bautista 5 years ago
Nice guide! going to Tokyo soon and Ginza is one of those areas that barely I stepped in (mostly because of budget) but walking around doesn't hurt, right?
Reply Show all 2 replies

Audrey Foo Author 5 years ago
Thank you Joseph! It's got a range of things - something for everyone. Even if you have cake in one of the cafes like Bunmeido - it's lovely. Please stick around for the lights at night - stunning! Also, at the top of shopping centre Tokyu Plaza there's a cafe/bar with great night views.
Reply

Joseph Bautista 5 years ago
Thanks for the tips! I look for photography spots, so that's helpful :)

Justin Velgus 5 years ago
Very well written and informative. I often just thought of Ginza as a shopping area for the rich. It is great to know I can explore some history and shop and eat on a budget there!
Reply Show all 1 replies

Audrey Foo Author 5 years ago
Thank you so much Justin! I'm very in love with Ginza - I spent two days there on my last trip and could have spent another day. Those "antenna shops" seem undiscovered by tourists - I couldn't see any other foreigners but they are very popular with the Japanese.
Reply
7 comments in total
Back to Contents