Discovering the charms of these local shopping streets

Ota City is located in the south east of Tokyo and is the largest and most expansive of its wards. Many know Ota as the home of Haneda Airport, but as an area packed full of quirky streets and quaint shops, it’s easy to forget you are in one of the world’s most populous capitals once you step off the train here.

Shotengai are a uniquely Japanese style of commercial district where small groups of independent retailers offering daily necessities and services populate linear shopping streets that typically start or terminate at a train station. Initially born out of medieval markets, some of the oldest shotengai date back to the late sixteenth century.

Run by local organizations, they have historically played a key role in developing neighborhood communities. These days they often support the welfare of young and elderly residents as well as organizing local events and festivities.

Modern shotengai continue to center on family-run businesses, though chain stores such as pachinko parlors and fast-food joints are starting to encroach. Many people head to shotengai to enjoy a nostalgic experience, hunt down local specialties, or sniff out bargains.

Kamata is the busiest area in downtown Ota and known for its traditional Japanese lunch spots, its drinking establishments and its numerous public baths. With five shotengai on the west side and an impressive seven on the east side, it boasts around 7,500 shops in total.

Take some time out and relax ‘Kamata style.’ After wandering about and making your purchases try heading to one of the many public baths on offer. Here you can allow yourself a moment to unwind before stepping out for drinks at some of the offbeat bars that give this area its character.

Delicious nori (seaweed) crammed with minerals was cultivated here in Ota from the Edo Period (1608-1868) up until the mid 1950s. Why not taste this timeless delicacy for yourself? Alternatively, those who fancy something a bit meatier may like to indulge in some succulent karaage - fried chicken Japan style!

Haneda is Tokyo’s international gateway and a place where you can explore some top aspects of the city’s Edo heritage, primarily through its food culture. The area is brimming with unique establishments serving up mouthwatering tempura and sushi dishes prepared according to traditional recipes and much more.

This area crowded with inviting shops and cozy restaurants, as well as historic shrines, is easily accessible from Haneda Airport making it the perfect place to visit during transit. It’s ideal for foodies passionate about home-cooked local flavors, whether it’s handmade soba noodles you’re after or the freshest raw sashimi.

This is an area where those with a sweet tooth can get delight in beautiful traditional Japanese confectionary; the yummy adzuki bean fillings are sure to have you hooked. If savory is more your style, the deep fried tempura here is a must try. You could even pick up some hand-baked sembei rice crackers as lightweight and highly delectable souvenirs.

The four Haneda shotengai are located a few stations away from Haneda Airport - between Anamori-inari, Otorii and Kojiya stations - and are accessible in minutes by train.

Meanwhile those in east and west Kamata are centered around Keikyu Kamata and Kamata stations, situated around one kilometer northwest of Kojiya. The map below outlines the two regions and the position of each shotengai:

The fastest way to access both the Haneda and the Kamata regions is via the Keikyu Airport Line.

Trains run frequently from Haneda Airport and take from as little as two or three minutes to just over ten minutes to service each of these stations.

The simplest way to travel between Keikyu Kamata and Kamata train stations is to walk. The distance is less than one kilometer and will take around ten minutes by foot. 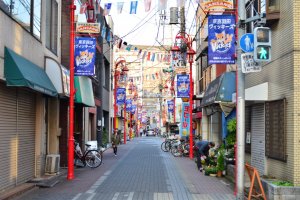 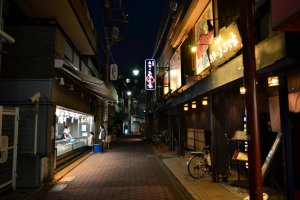 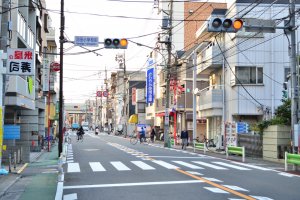 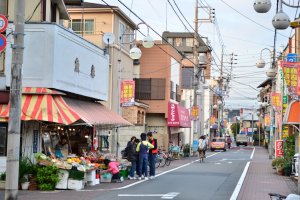 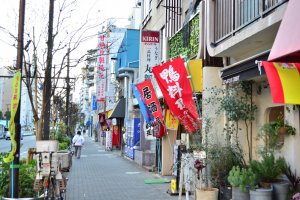 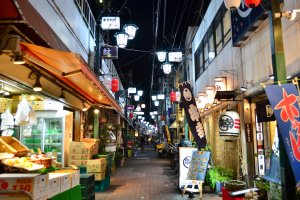