Originally founded in 1915 under the name of the Japan International Championships, the Japan Open is a men's ATP 500 tennis tournament held at Tokyo's Ariake Tennis Park. The hard court event is organized by the Japan Tennis Association and currently sponsored by Rakuten, and brings some of the biggest names in the tennis world to the city. Some competitors at this year's event include Norway's Casper Ruud (runner-up at the recent 2022 US Open), the United States' Frances Tiafoe, and Australia's Nick Kyrgios.

Tickets for the event typically go on sale during July and August, so it's advisable to keep an eye on the official event website during that period for information on how to secure a seat.

The Ariake Tennis Park is located eight minutes on foot from Ariake-tennis-no-mori Station, served by the Yurikamome Line. As there is no dedicated parking at present for the venue, visiting via public transportation is advised. 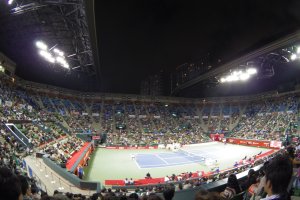