See Tokyo through the eyes of a Superhero

Japan’s complex anime culture may seem intimidating, but never fear: Japan is obsessed with Captain America and Spiderman, too! The first exhibition dedicated to Marvel Comics opens at the Mori Tower from April 7 to June 25.

Building on the success of recent blockbusters like Deadpool, Captain America: Civil War, and Doctor Strange, “Marvel: Age of Heroes” will feature over 200 props, costumes, and other paraphernalia from the company’s most popular franchises. The exhibition also provides a glimpse at the storied history of Marvel Comics, which dates from 1939.

The exhibition is augmented by its spectacular setting. Tokyo City View, the indoor observatory on the 52nd floor of the Mori Tower, offers panoramic views even a skyscraper-scaling superhero would envy.

For those seeking an aesthetic experience to complement the Captain America craze, the Mori Art Museum, located one floor above, will host an exhibit on Southern Indian art, “N. S. Harsha: Charming Journey,” currently.

Local and travel expert based in Tokyo, Japan. 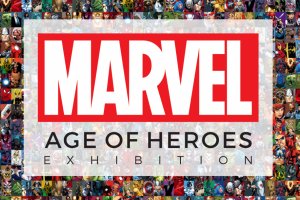