A modern shrine with a long history

Surrounded by modern monoliths of steel and glass, Mihokashima Shrine strikes the visitor as the veritable oasis in Tokyo's commercial jungle. Itself a recent construction, the shrine still offers a sense the calm and personal privacy that is characteristic of Shinto shrines in general.

Bordered by both JR Yamanote train lines and the Honshiba Park along its south face and the NEC Tamachi Building along its north, the shrine's deliberate design includes the obligatory komainu guardian statues, temizuya ablution well and even a small green space that attempts to envelope the shrine grounds.

The komainu statutes stand out; one is actually a combination of two guardians protecting the shrine from a single pedestal. Most statues feature a single komainu on a pedestal. Another sees a cub being suckled, a rare design to be sure.

Originally two separate shrines, the Miho and Kashima shrines were merged into one in 2004. The resulting Mihokashima Shrine now enshrine a number of deities in total. Their spiritual prowess is purported to support agriculture, health and learning while one of the deities, Takemikazuchi no Kami, the god of thunder and the sword, is reputed to have competed in the very first sumo bout in history...

From old sketches, we do know that Kashima Shrine existed way back in the Heian period, some time between the eighth and twelfth centuries. The shrine was known to grant relief for those suffering from whooping cough and while the original structure is of course long gone, the spiritual sense remains.

As with many shrines, goshuin red stamps and stamp booklets are available. These stamps serve as proof of pilgrimage and many collect them as a matter of spiritual course. A small charge of JPY300 at Mihokashima Shrine applicable

Take the Toei Mita Line to Mita station and head out the A6 Exit. The shrine is less than a minute's walk. 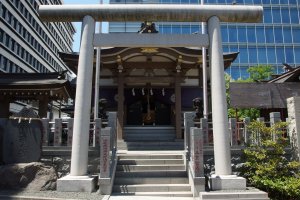 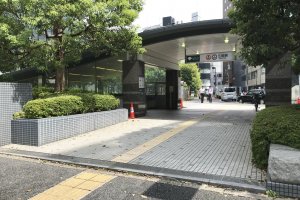 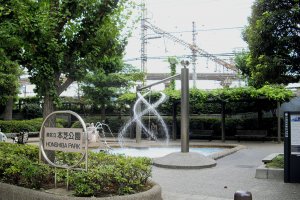 Elena Lisina 2 weeks ago
I'd like to know what is written on the stone columns. I've learnt that stones often mark historical places that were destroyed.
Reply Show all 2 replies

Sleiman Azizi Author 2 weeks ago
The stone pillars list the names of those who donated for repairs and things like that. The larger pillar at the front on the left says the shrine's name plus the name of the donation/support association.
Reply