See a recreation of an Edo Period parade

The oiran are often confused with geisha but the oiran are actually the women of the night that were common in the 17-18th centuries until it was outlawed after WWII. During that era a daily procession would be seen on the streets of Yoshiwara near Asakusa where the oiran and some guards would parade down the streets as a form of advertising. Nowadays the parade is recreated by a group of locals who you would believe are the real thing if you didn't know otherwise.

Oiran Dochou Procession is held as part of the Ichiyo Sakura Matsuri on the second Saturday in April.The festival includes performances on the stage by local kids, food stalls and a flea market but the main event is the Oiran Dochou Procession. The parade starts at around 1pm and goes for a couple of blocks before arriving at the main stage. The procession is stunning to look at as everyone in the parade has such beautiful and intricate costumes.

The first actors you see are some cheeky characters in different animal masks that know how to charm the crowd and some of them even play instruments like the flute and drums. The next characters are the guards who are dressed in different levels of costume from the males in basic clothes to the guards holding lanterns with makeup as detailed as an oiran's. Then it is time to see the oiran who are dressed in different outfits depending on what level of oiran they are. The two highest oiran are dressed in the most beautiful kimono that I have ever seen and they have an amazingly complicated hairstyle. The clogs they are wearing are probably the most attention grabbing item as they are at least 20 cm tall but they also have to walk in a certain way with them that looks like they could trip over at any moment.

Once they reach the stage the oiran perform a recreation of what it would be like to meet a client but unless you are near the stage to begin with or are tall you will find it very difficult to watch it. After that the parade heads back the way they came so you have two opportunities to see the procession.

If you are in Tokyo during the second Saturday in April this procession is definitely worth a visit. It is found near Asakusa in an area called Senzoku. The easiest way to find it is to head out the top exit of Sensoji near the car park area and walk for a few blocks till you find the festival area. I would recommend arriving early to secure a good spot for the procession with right near the stage being the best spot. 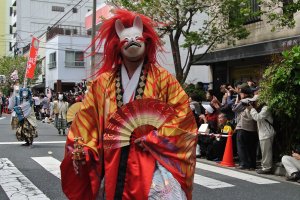 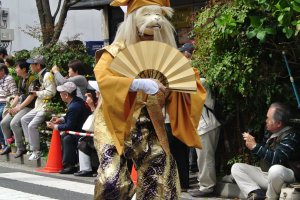 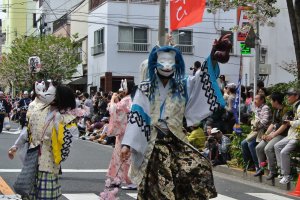 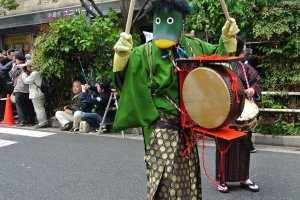 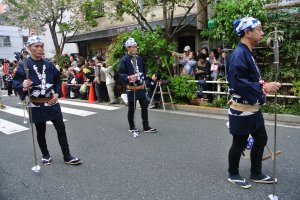 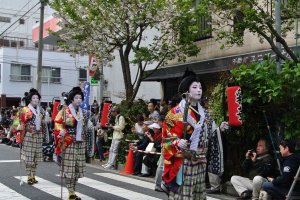